The discussion of India’s social-political situation today very often revolves around the issues of communalism, on the one hand, and that of the assertion of the “low castes”, the Dalits and OBCs, on the other.  Few, however, have taken the theories and utopias of the Bahujan seriously enough to see that the challenge of caste is a challenge to rethink our idea of India.  It is not simply a matter of who will become prime minister or whether the small parties are playing a decisive role, or what kind of person Mayawati is and what a “dalit” prime minister would mean, and so on.  It is a question of how the majority of people of India will see themselves, the future of their country and how they will act to achieve this – and out of this vision and action put pressure on any of the politicians to fulfil their vision.

The true vision of India has been that of the Bahujans. This tradition begins clearly from Buddha and others of the ‘shramana’ tradition, though we can argue that its origin goes back to the era of the Indus civilization.  It goes onward through the inspiration of the stimulus provided by the entry into India of Jews and Christians around 2000 years ago and of Islam from the 8th  century onwards.  It takes on new force with what is known as the “bhakti movement” especially from radical bhaktas such as Namdeo, Kabir, Ravidas, Tukaram and the Siddhas and Veerasaivas of the south.  And it reaches a height – not surpassed even today – beginning with Jotirao Phule, the first and real “mahatma” of India and climaxes with Dr Babasaheb Ambedkar.

In saying this we should not ignore the contributions of all others in the same period – Iyothee Thass, Periyar, Swami Acchutanand, Mangoo Ram, Jigyasu and so many others in north and east India, Pandita Ramabai and other less-known women.  But this is the period in which we celebrate and remember the contributions of Phule and Ambedkar.

In his speech introducing the Women’s Bill in parliament, which failed the first time around, Ambedkar had warned, “To leave inequality between class and class, between sex and sex, which is the soul of Hindu society, untouched and to go on passing legislation relating to economic issues is to make a farce of our Constitution and to build a palace on a dung heap.” (Ambedkar, 1995, Volume 14, Part 1: 1325).  By “class” we must note Ambedkar was using the term as the British had done, where “Depressed Classes” referred to depressed castes; just as OBC today refers in reality to “other backward castes” and not “classes” in any Marxist sense.  This is clear in what Ambedkar said.

“Building a palace on a dung heap” is a striking phrase; and in pointing to the “soul of Hindu society” Ambedkar was making it clear as could be where the dung heap existed and that there was moral and religious debris that had to be cleared away. Ambedkar was objecting, not to the practice of Hinduism, but to its ideals, to its morality.  He was attacking the very morality of the “religion” that had been constructed from Brahmanism, in a millennia-old process culminating in the colonial period. His political and intellectual thrust was not simply against Savarkar’s “Hindutva” but against Gandhi’s – and even Nehru’s to the extent that Nehru was in his own way a kind of “soft” apologist for traditional Brahmanic Hindusim (cf. Aloysius, Nationalism without a Nation in India, for a critique).

A similar point was made in stronger language by Phule, when he wrote in his last book, Sarvajanik Satya Dharm Pustak: 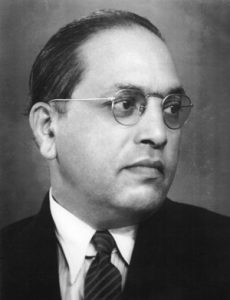 Here was not only a question of economic and social cleavage, but of contempt and derision, with the lowered groups considered ignorant and inferior.   Phule and his colleagues, and after him Periyar and Ambedkar, experienced the contempt and cleavage created by Brahmanism, and saw this as the main obstacle to the development of a democratic national unity.

The upper-caste leadership of the national movement never really contested the claims of the Hindu nationalists in their ranks; most of them were, in one way or another, themselves Hindu nationalists.  Their mild saffron laid the basis for the persistence and later political growth of the more virulent “Hindutva” trends.  This was true even of Gandhi.  Savarkar had defined Hindutva by identifying the “holy land” (punyabhumi) with the “fatherland” (pitrubhumi), thus giving Hinduism a territorial/nationalist foundation.  But when Gandhi opposed conversion by arguing that “Hinduism” was by birth the religion of the Untouchables and they should reform it rather than reject it, he was implicitly using a similar definition. In fact, Gandhi opposed conversion, even to Sikhism, more strongly than the Hindu Mahasabha!

Gandhi’s “Ram Raj” expressed a stagnant, village-centred idealized version of Ram’s kingdom, which ignored much of the story of the avatar Ram, but the Dalits and most Bahujans never forgot Shambuk, the Shudra slaughtered for the “sin” of practising tapascharya.   This vision of Ram in crucial ways laid a foundation for the development of the harder, Hindutva “Ram Raj” which culminated in the massacres of Muslims in Gujarat.   In turn, the Marxists and the Nehruvian socialists were unable to counter hard-core Hindutva because they did not contest it at the level of ideals and religious morality.  Their socialism was also a utopia but it ignored some of the crucial realities of Indian life.

What is needed today is to take up and move forward the utopian vision of the Dalit-Bahujan intellectuals and leaders of India. The alternative to “Ram Raj” and “Hindu rashtra” is the forward-looking “Bali Raj” of Phule, the Begumpura of Ravidas, the “Dravidastan” of Periyar, the “Buddhist commonwealth” of the Sakya Buddhists of Tamil Nadu, the prabuddha Bharat or enlightened India of Dr Ambedkar.  These were formulated as ideals and as frameworks for specific social-economic policies and programmes at the same time as the upper caste-led national movement was explicitly or implicitly looking to “Ram Raj”.  They had a specific developmental thrust.  This included an urban orientation (as opposed to a “nation of villages”), a need for prosperity and the industrialism that would fuel it, a sense of collectivity and the assertion of an anti-caste equality.  In later years they drew upon many of the ideas of socialism, but they also fought many of its aspects

Gandhi and Nehru’s implicit “soft Hindutva” and mild socialism that ignored the realities of caste, have defined India for too long.  It is time to look at the Dalit-Bahujan alternative, in re-imagining India, in formulating the utopias that can motivate and guide struggle out of the current morass. 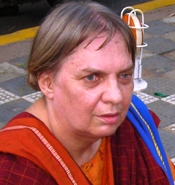