It was with great reluctance that Buddha opened the doors of Sanghas to women. Strict rules were prescribed for them. For example, a nun, irrespective of her age, would have to show respect to the youngest of monks and stand up before him. Despite these strict rules, a large number of women entered the Buddhist Sanghas. A Buddhist nun was known as a Theri. Once the Theris entered the Sangha, they were free from many social restrictions. They wrote poems on their emancipation. The collection of these poems is called the Therigatha. The Therigatha is an invaluable heritage of Bahujan literature.

The nuns belonged to different castes and clans. For instance, Purnika was the daughter of a female slave. Shubha was the daughter of a goldsmith and Chapa of a bird-catcher. Courtesans like Add-Kashi, Abhay-Mata, Vimla and Ambapali were also there. Among the women of Grihapati and Vaishya classes were Purna, Chitra and Anupama. Maitrika, Amtara, Uttama, Chanda, Gupta, Dantika and Soma were from Brahmin families. Khema, Sumana, Shaila and Sumedh were from the royal families of Kaushal, Magadha and Aalwi. Mahaprajapati Gautami, Tishya and Abhirupa, were daughters of feudal lords.

All paintings by Dr. Lal Ratnakar 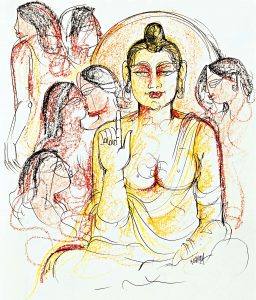 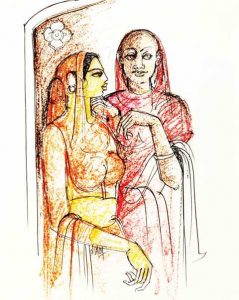 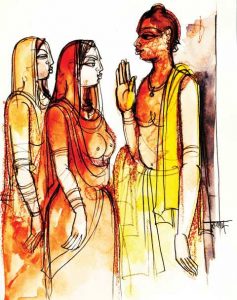 Published in the May 2016 issue of the Forward Press magazine 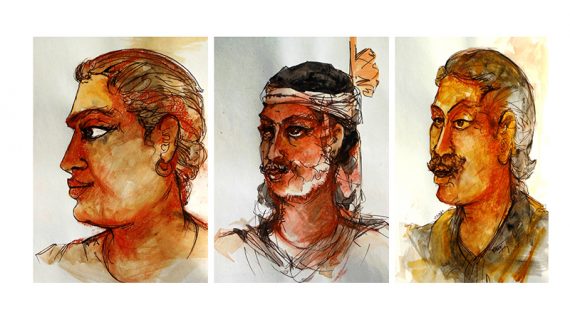 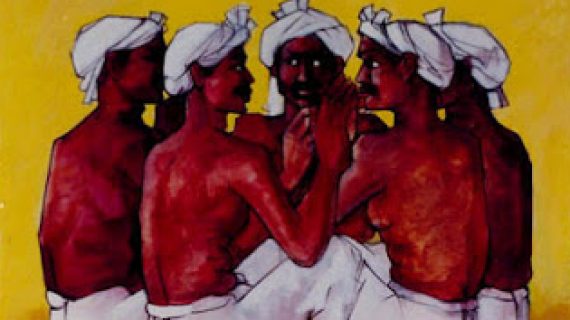 The writings of women, Dalit and Tribal writers, centred on their own experiences and thoughts, expanded the world of literature. Till then, literature was confined to a particular section of the society but this expansion paved the way for its reaching the entire society