While on the one hand, Prime Minister Narendra Modi and his friends in the RSS are trying to prove their Dalit credentials by having meals in Dalit homes, on the other hand, they are uncomfortable with the growth and progress of the Dalits and the Tribals. This is evident from the cuts being made in the budgetary allocations for SC and ST sub-plans. This is all the more important because these sub-plans are based on Ambedkar’s belief that, “The condition of the untouchables can never improve without a radical, pro-change programme for economic and social reconstruction.” (Dr Ambedkar, Sampoorna Vangmay, Volume 12, p 298) 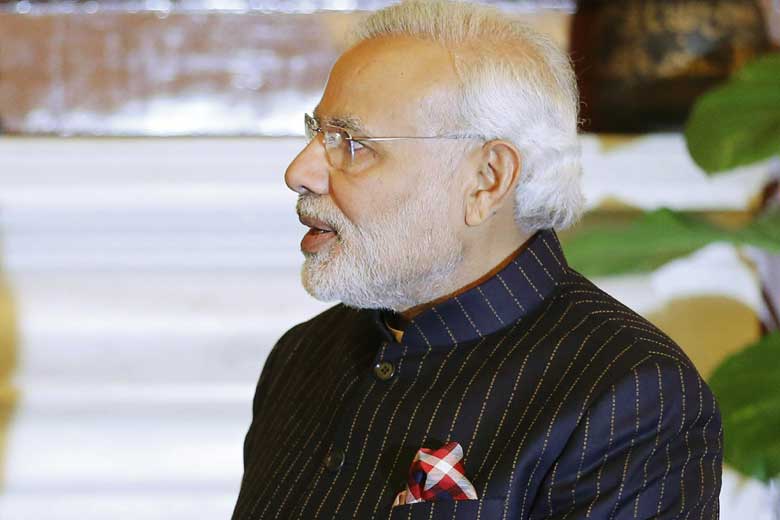 Prime Minister Narendra Modi dons a Rs 10-lakh suit during the India visit of former US President Barack Obama. This suit was later auctioned off for Rs 4.31 crore

The Indian Constitution has mandated the governments to make special provisions for improving the economic condition of the SCs and the STs, and governments have formulated different policies in different periods. Among them, the most important were the Economic Plan, SC sub-plan and ST sub-plan launched in 1974 and 1979. A part of the central budget was to be set aside for the SCs and the STs in proportion to their percentage in the population. According to Census 2011, SCs and STs form 16.6 and 8.6 per cent of the population, respectively. Thus, 25.2 per cent of the total budget of the central government should have been allocated for these communities. Similar allocations should have been made in the state budgets. Apart from these special allocations, the SCs and STs are equally entitled to benefits under other welfare programmes of the government.

Usurping the rights of the Dalits

In the last three years, the Central Government has cut allocations for SC, ST sub-plans by Rs 2.30 lakh crore

Similarly, at least Rs 81,271 crore should have been allocated for the STs (8.6 per cent of the population) but the actual figure was only Rs 31,919.51 crore. Thus, the budgetary allocation for ST welfare schemes was also slashed by Rs 49,357.49 crore. Even if the entire amount in their share – Rs 81,277 crore – were allocated for them, still it would have been just 2.39 per cent of the budget.

If the cuts in the allocations for SCs and STs, Rs 1,04,490.05 crore and Rs 49,357.49cr respectively, are added, the total figure comes to Rs 1,53,874.54 crore. What is interesting is that despite slashing the allocations for the two communities by Rs 1.53 lakh crore in this (2017-18) year’s budget alone, the central government has been claiming that it has increased the allocations for SC, ST welfare by 35 per cent. 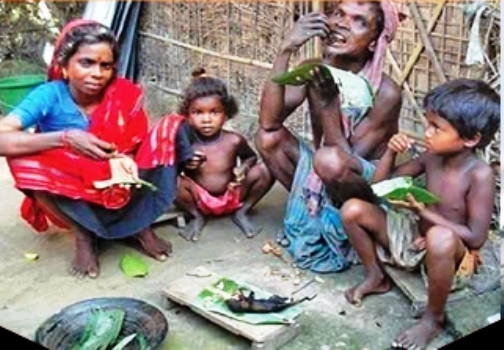 According to Human Development Index, India has the highest number of malnourished children in the world

Window dressing and illusions of development

The Modi government’s claim of increased allocation for SCs (Rs 52,393 crore) in the budget for 2017-18 in comparison to the 2016-17 budget (Rs 38,833 crore) is nothing but window dressing. Only those allocations meant for programmes specifically targeting these communities are considered part of SC, ST sub-plan. The allocations made for general, non-targeted programmes should not be included in these calculations. But the Modi government shrewdly added up those those figures too. In fact, only Rs 25,708 crore was allocated for SCs and Rs 15,643 crore for STs. But the allocation for SCs was shown as Rs 52,393 and for STs, as Rs 31,920 crore. 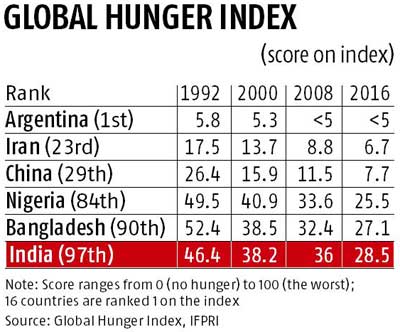 Disastrous impact on the ground

These budget cuts have had a disastrous impact on the implementation of the programmes meant for these communities. For instance, the budget for pre-matric (up to standard 9) scholarships for SC students has been reduced from Rs 510 crore to just Rs 50 crore. It was Rs 882 crore in 2013-14.

Figures reveal that the central government has no interest in securing a better future for the Dalit and Tribal students. Nearly 70 per cent of the scholarships for 2015-16 and all of it for 2016-17 remain unpaid, as the government has not released the funds. This amount is around Rs 11,000 crore. Similarly, the budget for self-employment programmes meant for rehabilitation of those engaged in manual scavenging has undergone a massive cut of Rs 552 crore.

The allocation for infrastructural development in SC-majority villages has been cut by Rs 60 crore. In 2013-14, Rs 100 crore was set aside for this purpose, but it was reduced to Rs 50 crore in 2016-17 and Rs 40 crore in 2017-18. That is not all. The budget for the National Scheduled Castes Finance Development Corporation has been pared down by Rs 10 crore. This corporation was established for promoting entrepreneurship among the Dalits. Ironically, this government has been laying great emphasis on entrepreneurship development and last year, the entire allocation (Rs 138 crore) for this Corporation was utilized. Interestingly, the government has taken off Rs 60 crore from the budget for Dr Bhimrao Ambedkar International Centre; this year’s allocation is the lowest in the past three years and there has been no explanation. Among others, the allocations for SC Special Component Plan for states have been cut by Rs 230 crore, for Dr Bhimrao Ambedkar Foundation by Rs 62.75 crore and for Van Bandhu Kalyan Yojana by Rs 200 crore. The allocations for the Venture Capital Fund for SCs and the Credit Guarantee Scheme have been reduced by Rs 160 crore and Rs 199.9 crore, respectively.

It is a measure of the central government’s apathy that only 0.99 per cent of the total budget meant for the welfare of women has been allocated for Dalit and Tribal women. As a result, of the 294 programmes for Dalits and of the 307 for Adivasis, 28 and 46, respectively, have been scrapped.

Needless to say, the cuts in the allocations for SCs and STs (Rs 1.53 lakh crore this year and Rs 2.29 lakh crore in the past two years, respectively) will break the economic backbone of these communities. And this trend has been continuing year after year. What is an even more serious concern and demands a deep analysis is the complete silence over this grave injustice. Sociologist Prof Vivek Kumar of Jawaharlal Nehru University said that the cuts in allocations for SC, STs were unfortunate and would create hurdles in the development of these communities. He also added that the massive cuts in allocation for the sub-plan happening alongside meals in Dalit homes, amid flashing cameras, shows that while the government wants to encroach on the rights of the Dalits, it is also condescending towards them.

(The statistics quoted in this article are based on P.S. Krishnan’s, “Like before, expectations regarding commitment to SC-STs not reflected in 2017-18 budget”.) 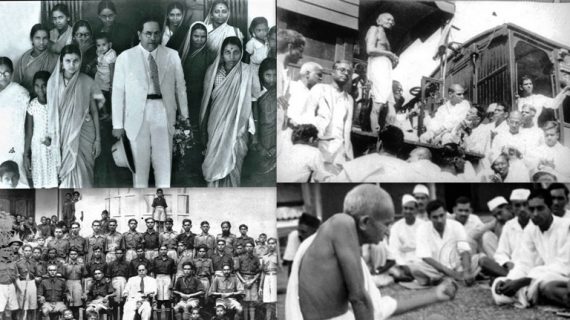 Ambedkar on Adivasis and Gandhi on Dalits

By looking at the tribes as distinct from castes, Ambedkar, like many others before him, drives a wedge between the “civilized” and the “uncivilized”