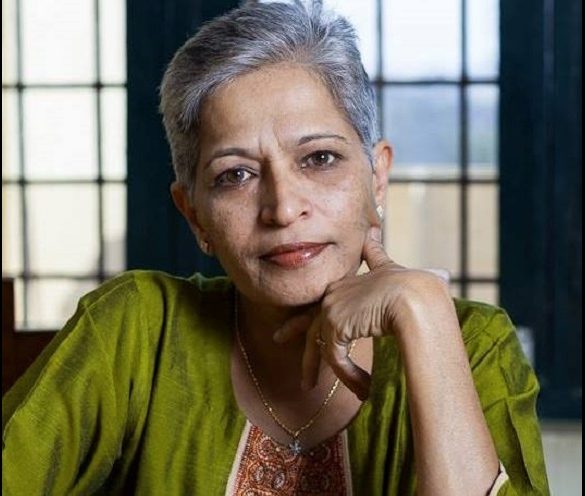 When I saw the news on the TV screen that “Gauri Lankesh [had been] shot at point-blank range and killed in front of her house,” the world seemed to slow down and stop. After the news sank in, the first person I thought of calling was a friend who I knew was close to her. She had also seen the news and was shell-shocked. She had just spent an afternoon with her and they had had a long cheerful chat after a very long time.

Gauri was a feisty journalist and a respected intellectual. She was the worthy daughter of an equally celebrated thinker, writer and intellectual, P. Lankesh, with roots in the town of Shimoga, about 200 km from Bangalore. She was trained as a journalist in the Indian Institute of Mass Communication, New Delhi, before joining the Times of India in Bangalore. Later, she became the Bangalore correspondent of the popular news weekly Sunday. Moving back to Delhi she worked with the popular Telugu TV channel Eenadu. Her father was the founder-editor of the very popular political Kannada tabloid Lankesh Patrike. When he passed away in the year 2000, the family wanted to close down the tabloid. The publisher persuaded them to keep it going and Gauri took over as the editor, with her brother Indrajit looking after the business end. However, the siblings had ideological differences and did not always see eye to eye, and in 2005 the differences came to a head with the brother withdrawing an article that she had approved because he thought it was pro-Naxal. She opted out and started her new publication, now called Gauri Lankesh Patrike, leaving the parent publication to her brother. Her peers in journalism recall being surprised at the switch she made from English to Kannada, a language in which she was not entirely comfortable. But she persisted and not only thrived but went on to set benchmarks in professionalism and journalism of courage. 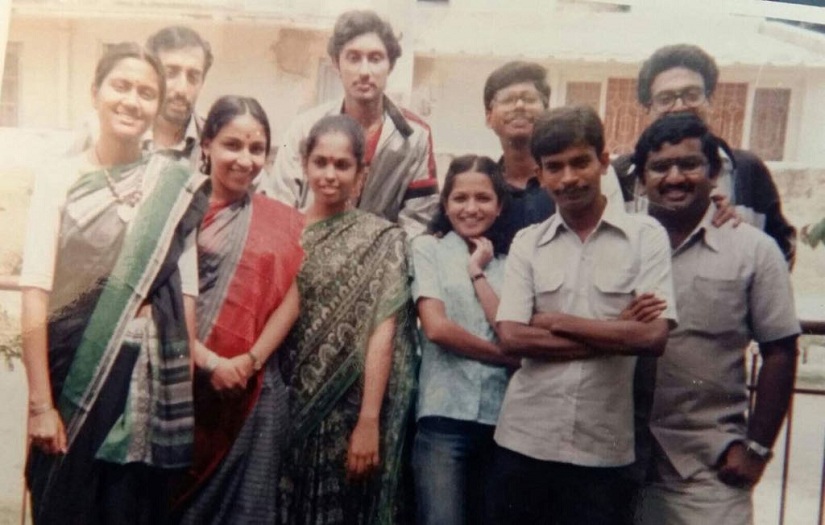 Needless to say, her weekly tabloid, which accepts no advertisements, did well and is known today for its incisive content and clear pro-people stance. Her secular and progressive ideas found a loyal readership among students, young intellectuals, and the political class. The fact that it was a Kannada publication made it accessible to the common man. Since Gauri, its editor, was an outspoken critic of any form of injustice, irrespective who was responsible, and the tabloid too reflected her character, she had many detractors. Dozens of cases have been filed against her alleging defamation in several districts of the state. But this never stopped her from writing or publishing what she thought was necessary. This attitude is rare these days when when journalism is often an arm of business corporations, and therefore hardly in any position to speak truth to power, whether political or economic.

In 2008, she published an article that alleged that BJP leaders Pralhad Joshi and Umesh Dushi had extorted Rs 100,000 from a jeweller in Hubbali. Both of them filed defamation cases against her and in November 2016, the JMFC court convicted her. She was the second accused. The first accused was acquitted as there was no evidence that he had written the article. The court had asked her to reveal her source. She refused, going by the principles of journalism, and preferred to be sentenced instead. She, however, escaped incarceration by obtaining anticipatory bail from the same court.

One of the oft-cited criticisms against her was that she was pro- Naxal. However, it is also clear that she was against violence and had played a key role in bringing a number of people from Naxalism back into the mainstream.

Among her most significant involvements in public life though was as the president of the Komu Souharda Vedike (KSV), which has leading the resistance against the Sangh Parivar’s activities to sow communal tension in the Bababudangiri hills near Chikmagalur. Revered, among other things, as the home of the Sufi saint Baba Budan, who brought coffee seeds to India from Yemen, Bababudangiri has over the years become a place of syncretistic faith, with people of all religions flocking to pray at the saint’s dargah. It is said to be the place where an associate of prophet Mohammed arrived in the 7th century. Its tradition also says that local devotees had seen visions that the saint who founded the order several centuries ago was also the manifestation of Dattatreya, one of the incarnations of Vishnu. 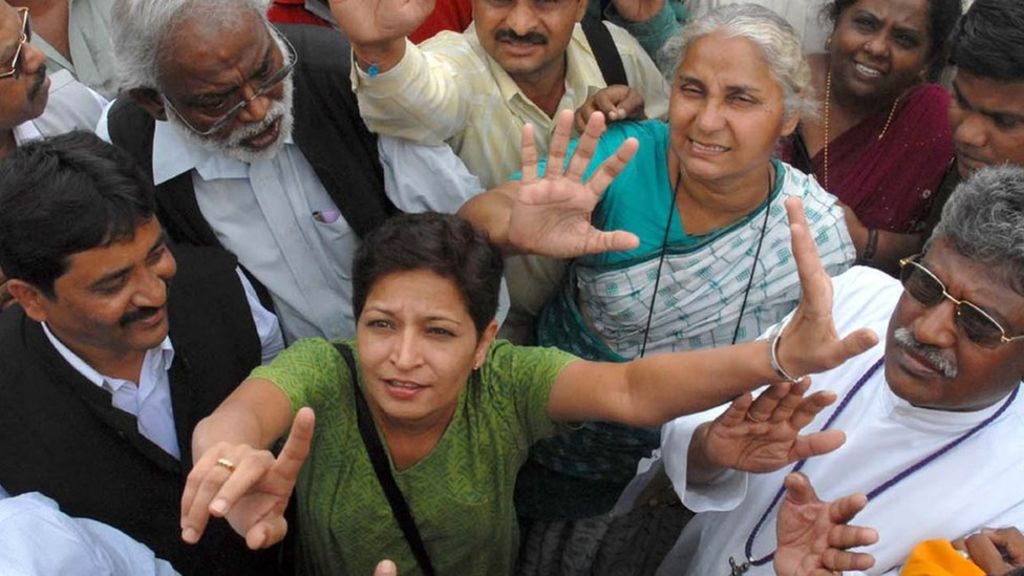 Gauri Lankesh with Medha Patkar and others

In the recent years the Sangh Parivar has laid claim to the place. They have also have made numerous attempts to take over the shrine. KSV has been at the forefront of efforts to preserve this symbol of communal amity and peaceful coexistence. It has put up a spirited defence and mobilized public opinion in favour of retaining its secular and inter-faith character. Gauri has been the mainstay and the strongest supporter of this struggle to retain the shrine’s original state.

K.L. Ashok, who helms KSV’s work, said, “This is not the death of a journalist, but the death of democracy and constitutional values. She had raised her voice against communal violence with us and we knew that all our lives were in danger. But we did not expect this.”

Ashok said that her that her killing was part of a larger conspiracy to kill rationalist ideas. “Narendra Dabholkar, Govind Pansare, M.M. Kalburgi and Gauri Lankesh were all rationalist thinkers. That is why they have been killed.”

Gauri would try and not miss opportunities to speak at meetings of intellectuals, be it in Bangalore or elsewhere. In fact, she was supposed to attend a meeting in Mumbai on 6 September. Her inputs were always well received, because she spoke with clarity and conviction. Her credibility as a journalist and intellectual was of the highest order. A number of her speeches are available on youtube and are remarkable for her down-to-earth yet well-informed and balanced views that uphold secular values but come down strongly on religious fundamentalism, hate speech and violence.

In addition to editing her tabloid and writing in it, she also wrote for other publications like The Wire, Roundtable India and Bangalore Mirror. She wrote a very well-researched article on Mahishasura for Bangalore Mirror in February 2016.

Friends recall her as the gentlest and most affectionate person. She was particularly fond of Jignesh Mewani, the young Dalit lawyer from Gujarat who led the rally to protest the Una violence, and Kanhaiya Kumar, the student leader from JNU. “She insisted that we stay with her if we were scheduled to attend any meetings in Bangalore. She used to call me her good son and Kanhaiya her bad son,“ said Jignesh in a moving tribute to her. 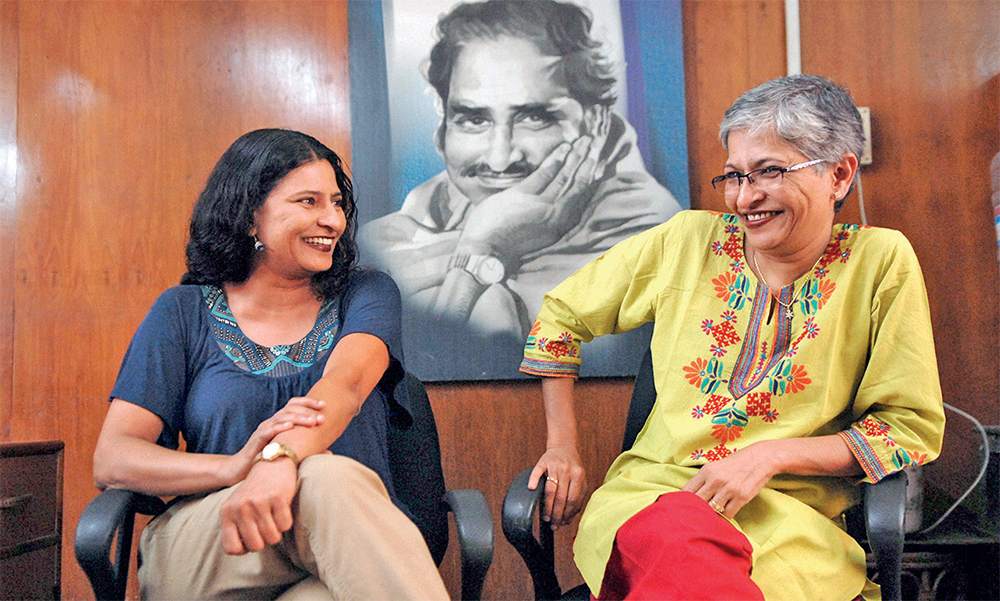 Gauri (right) and her sister Kavitha with a portrait of their father P. Lankesh in the background

She was very close to her sister Kavitha, a successful filmmaker who keeps her distance from politics, and doted on Kavitha’s daughter Esha. The sisters supported each other in their work, with Gauri reading Kavitha’s scripts and offering suggestions. She was very attached to her father, and even refused to sit in his office chair to honour his memory. Before taking up journalism, he had been a lecturer of English in Central College, Bangalore, and hence was popularly known as Meshtru (teacher).

What was her strongest inspiration in her work? Perhaps this quote, taken from an interview to an online portal, gives a clue : “… my criticism of Hindutva politics and the caste system, which is part and parcel of what is considered ‘Hindu dharma’, makes my critics brand me a ‘Hindu hater’. But I consider it my constitutional duty to continue – in my own little way – the struggle of Basavanna and Dr Ambedkar towards establishing an egalitarian society.”

Gauri personified the very spirit of freedom of expression and dissent, democratic values, and raw moral courage in the face of opposition and threats to her life. And she carried all this very lightly on her slim shoulders. Despite having received threats, she never approached the authorities for protection, because she simply did not believe in walking around with a man who held a gun. The very thought would have been anathema to her. But alas, we all have to live with her loss now that her life has been snuffed out by an assassin’s bullets. As the Karnataka CM tweeted, “Absolutely shocked to learn about the murder of renowned journalist Gauri Lankesh. I have no words to condemn this heinous crime, In fact, this is an assassination on democracy. In her passing, Karnataka has lost a strong progressive voice, and I have lost a friend.”

All of us have been impoverished by her loss. Rest in Power, Gauri. 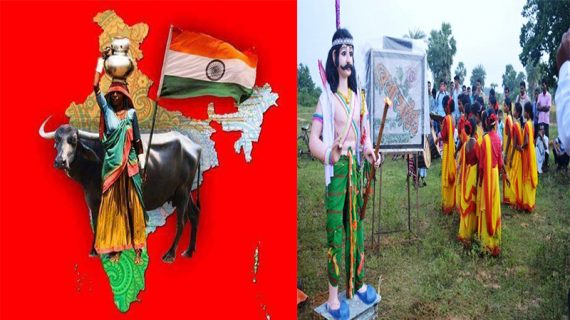 Bharat Mata and her unruly daughters

Adivasi and Dalitbahujans have continually refused to be integrated into mainstream Hinduism. At the same time, Indian women are reclaiming the nation from the RSS-constructed vision of the mother