In 1986, Emmanuel Jimenez, a World Bank economist, wrote a review of the welfare programmes and subsides offered by governments in education in 1986. It was entitled “The Public Subsidization Of Education and Health in Developing Countries”. Based on that review, the World Bank pressured all countries to let the private sector take the lead in higher education and healthcare. Hence, governments reduced subsidies and education and healthcare became expensive. This is how after 1991, self-financing institutions came to be and multiplied in Tamil Nadu and the rest of India. The World Trade Organization’s General Agreement on Trade in Services (GATS) came into effect in 1995 turning more than 100 services into businesses. India was also party to the agreement. 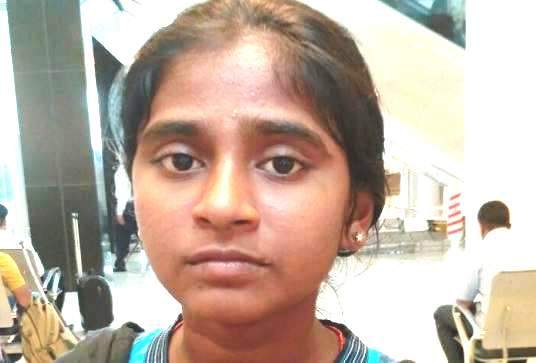 Anitha, a Dalit student from Tamil Nadu, committed suicide when she was unable to secure a seat for MBBS under the new NEET system

Nirmala Sitharaman, a Brahmin from Tamil Nadu, the former minister for commerce and industry was in charge of implementing GATS. She cleverly used her position to push for the National Eligibility Cum Entrance Test (NEET) and serve the interests of the corporates and of her own Brahmin race. As a result, she was rewarded with the ministry of defence. The Medical Council of India is the regulatory authority for medical education all over India. Ketan Desai, a Brahmin from Gujarat, was the head of that association until the CBI arrested him for accepting a huge bribe in 2010. On the recommendation of Prime Minister Narendra Modi he has now become the head of the World Medical Association. At the root of the death of Dr Anitha is the implementation of GATS by Ketan Desai and Nirmala Sitharaman, with the backing of Prime Minister Narendra Modi and the Tamil Nadu government, which is virtually under Modi.

There was a time when admission to medical colleges cost just Rs 10,000 but now private colleges have been collecting donations up to Rs 1 crore. NEET has only facilitated this corrupt exercise.

The biggest scam in medical education has been VYAPAM in admission to medical colleges in Madhya Pradesh, where the Bharatiya Janata Party government led by Shivraj Singh Chauhan is in power. More than 40 people have died under dubious circumstances during the course of the investigation.

It is said CBSE schools are barred by law from conducting separate coaching for the NEET exam. But schools have been advertising coaching for NEET exam in clear violation of that law. The CBSE has yet to act. Schools have been collecting 1-4 lakhs from each student promising them success in NEET. This opens the door for corruption at a national level. 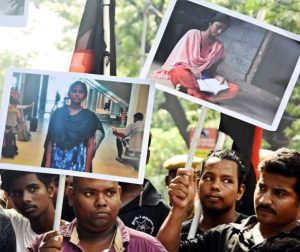 In 2014, according to the Central Bureau of Statistics, 32 different curriculums were being taught in the country. Each is informed by the nation’s history and identity. But the NEET exam, which draws on the CBSE curriculum, has been imposed on students who have studied one of the other curriculums. This is akin to Brahmanism being imposed on society. First they imposed the language of Hindi and gradually, they introduced Sanskrit. The CBSE has become the government’s tool for implementing Aryan-Vedic education to speed up brahmanization.

That such a Vedic education system is in the pipeline is clear from the government taking under its wing Maharshi Sandipani Rashtriya Veda Vidya Pratishthan in Ujjain. Devi Prasad Tripathi, a Brahmin, is the secretary of the pratishthan. In 1987, MSRVVP was launched as private education company. It has so far given recognition to 450 traditional Vedic education institutions. The present government led by Prime Minister Narendra Modi turn it into an autonomous institution under the Ministry of Human Resources.

Education should be brought under the purview of the state government. Otherwise, not only medicine, but even engineering, arts, science, law, economics and so on would be replaced by Vedic education.

The NEET merit list placed 1458 students from other states in Tamil Nadu medical colleges, where the total number of merit and management quota seats is only 4731. The merit list contains 189 students from Kerala who also figure in Kerala’s merit list. Students from other states who have applied for the management quota seats total 1269. Among them, 188 students belong to Andhra and 149 to Telangana. Most of them submitted fake domicile certificates to get into the rankings.

The idea of behind NEET was to hold one test for the entire country. But the CBSE seemed to have designed a tough test so that the brahmanical plan of keeping out even the students of Tamil Nadu who had been to CBSE schools succeeded. All students appearing for NEET apart from those from Tamil Nadu have nine-digit registration numbers. But the Tamil Nadu students have eight-digit numbers. Was this done so that Tamil Nadu students could be picked out more easily?

It was said that the seat allocation in medical colleges throughout India would be based on the NEET score. But the All India Institute of Medical Sciences (AIIMS) in New Delhi, Jawaharlal Nehru Institute of Postgraduate Medical Education and Research (JIPMER) in Pondicherry have been left out of the NEET jurisdiction.

The struggles of the Dravidian movements had made it possible for even the poor students to get a medical education. Tamil Nadu has 69 per cent reservation for students for the Scheduled Castes, Scheduled Tribes and Other Backward Classes (including backward Muslims). NEET rides roughshod over this provision. It’s clear that the objective behind the implementation of NEET is to preserve and promote Brahmanism in medicine.

Translated from the original Tamil by Priyanka 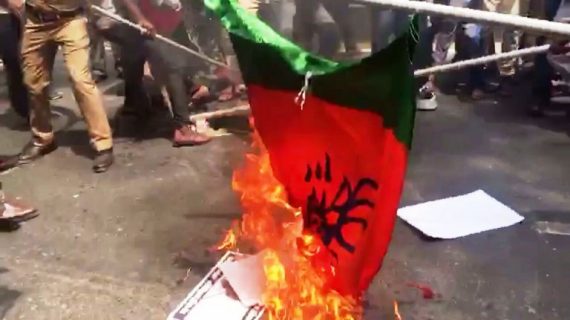 Tanthai Periyar Dravida Kazhagam (TPDK) claims the party in power at the Centre is cutting off water supplies to the state, mobilizing support for an ill-conceived fracking project and imposing the NEET exam to bring the state down to its knees and make inroads into its politics. Cynthia Stephen reports 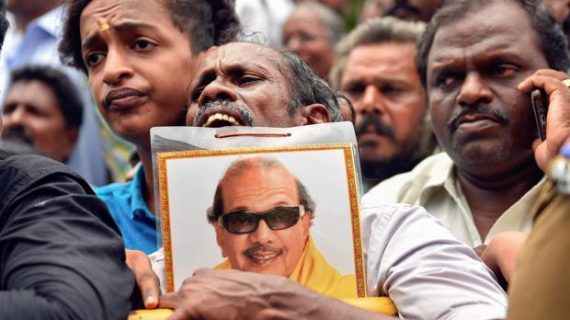 Till the very end, Karunanidhi remained mocking and sceptical of faith, especially brahmanical Hinduism, just as he remained alert to caste-based discrimination. Yet on the subject of continuing caste violence, he did not rework terms of understanding and analysis, writes V. Geetha