Haryana Chief Minister Manohar Lal Khattar set the ball rolling. A naked Jain Sadhu, seated on the most elevated chair inside the Assembly building, delivered a sermon to the MLAs. Later, the Madhya Pradesh chief minister Shivraj Singh Chouhan conferred ministerial status on more than half a dozen Babas. Now, it is the turn of BJP chief minister Dr Raman Singh to prove that he is no less superstitious, writes Tameshwar Sinha. 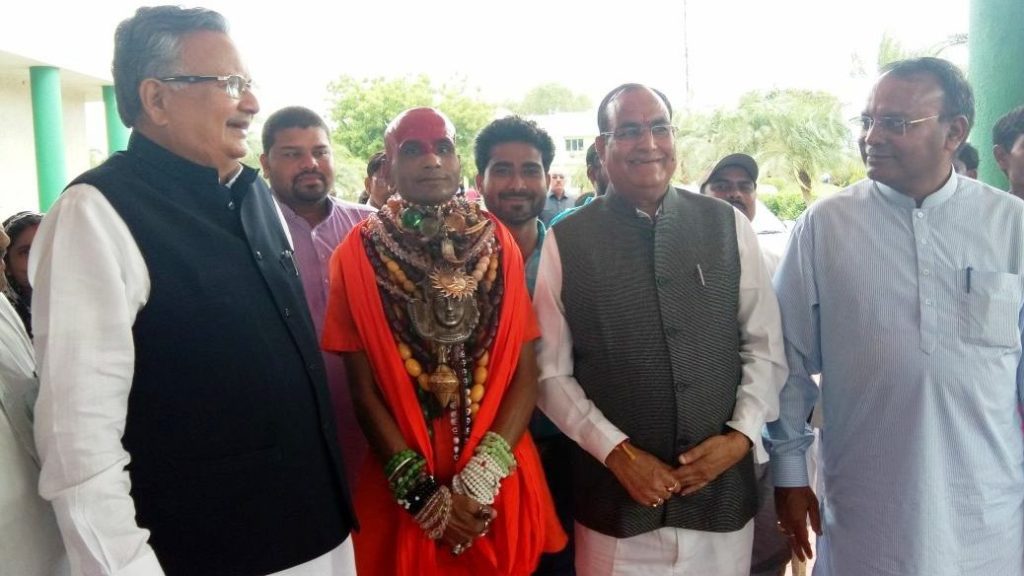 The Bharatiya Janata Party (BJP) government of Chhattisgarh appears bent on promoting the superstitions, rituals and the mumbo-jumbo peddled by the so-called babas. Ironically, the same government has also been distributing 50,000 mobile sets, claiming that this would usher in a communications revolution and help the state enter the digital era. Thus the state government embracing both godmen and technology calls into question its understanding of science.

On the second day of the monsoon session of the state assembly, a so-called Baba reached the assembly building to perform a “havan” to ensure the fourth consecutive victory of the BJP in the state assembly election. Instead of stopping him, Chief Minister Raman Singh and the Assembly Speaker Gaurishankar Agrawal posed for photos with the Baba. Other ministers also felt blessed when they got a chance to stand next to the Baba in the photos.

When the antecedents of the Baba were verified, it emerged that he was a mandal president of the Bharatiya Janata Yuva Morcha and a resident of Mulmula, near Pamgarh in Janjgir district. His name is Ramlal Kashyap. Now, the Baba will be flown to Amarnath to remove all roadblocks that could come in the way of the BJP’s victory in the upcoming elections. Clearly, the government is pandering to the superstitious attitudes of the people to secure their votes.

Also read: Ambedkar: Only the Destruction of Hinduism will Annihilate Caste

That is not all. Labour Minister Bhaiyalal Rajwade summoned a pandit to perform a puja and a havan to stop the herds of wild elephants running amok. On 19 July, the minister was visiting a village in Koriya district to distribute compensation to the victims of marauding elephants in the Chirmiri Range of the Koriya forest division. During the visit, he sought divine intervention to calm down the elephants. 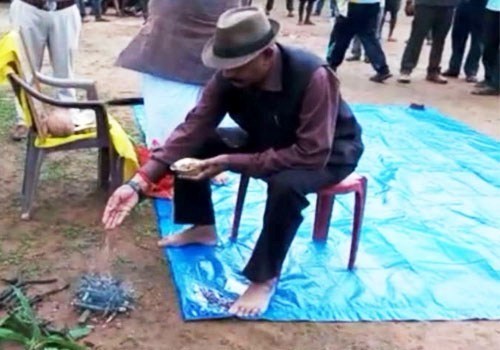 The third incident took place in September 2017. While on his “public contact” visit, Home Minister Ram Sevak Paikra met a godman who is known as someone who can cure a diabetic. The minister did his bit in promoting the godman. He told journalists that a patient is immediately cured of all his ailments if the godman, after wrapping him in a blanket, chants a mantra in the ear. He added that the patient should have visited the Baba’s residence at least five times.

This kind of superstitious behaviour is not limited to Chhattisgarh’s ministers. In the neighbouring Madhya Pradesh, Woman and Child Development Minister arranged the marriage of frogs at a temple to ensure good rain.

Charandas Mahant, former union minister and Congress leader from Chhattisgarh, says that the ministers are spreading and promoting superstition. In this modern age of science and technology, he adds, they are organizing pujas and havans to solve problems that the people face. 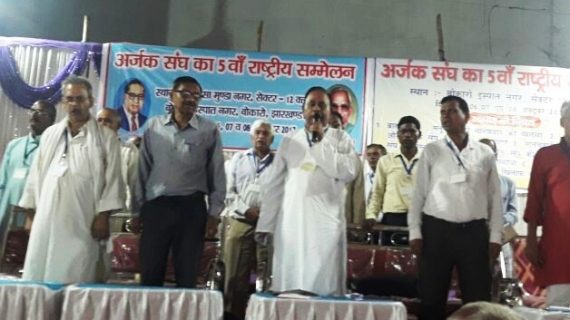