Vasanthi Devi: I find you amazingly non-sectarian. I have heard you say that an ideology that blends Marx, Ambedkar, Gandhi, Periyar and Narayana Guru is what is needed. Can you elaborate?

A crusader for social justice

P.S. Krishnan: My ideology which blends Dr Babasaheb Ambedkar, Narayanaguru, Mahatma Gandhi, Marx and others was the product of my mature years and studies. I found that a lot of energy was being spent on the differences between Dr Babasaheb Ambedkar and Mahatma Gandhi. It is true that there were differences between them in their understanding of “Untouchability” and its ramifications, causal factors underlying this ugly phenomenon and its persistence, and remedial measures. Gandhi ji’s views on these issues were narrower than Dr Ambedkar’s. Better known are their political differences. Their differences came to a head at the Second Round Table Conference held in September-October 1931. The Round Table Conferences were the mechanism evolved by the British Government to consult Indian representatives about the shape and form that the new political system, which was under consideration of the British government, should take. Gandhi ji laid claim to be, in himself, the representative of all Indians including the victims of “Untouchability”. Dr Ambedkar denied Gandhi ji the capacity to represent the “Untouchable” castes. It is well known that Dr Ambedkar strenuously pleaded for a separate political dispensation for the people of the “Untouchable” castes as part of the new political system that the British Government was contemplating to introduce in India. He upbraided the British Government for not having done enough to provide relief for the “Untouchables” and to enable them to exercise their rights and called upon the British Government not to compound their failure by leaving the fate of the “Untouchables” to the tender mercies of the upper castes in the new political system under contemplation.  He asked for separate electorates for the “Untouchable” castes. This was conceded by the British Government under the then Prime Minister Ramsay MacDonald on 16 August 1932, under the name of the “Communal Award”, triggering Mahatma Gandhi’s fast against it in the Yeravda prison of Pune where he was jailed on his return from the Round Table Conference. An alternative to the Communal Award worked out by all leaders who converged on Yeravda, including Dr Ambedkar himself, with the objective of saving Mahatma Gandhi’s life, and the consequent Yeravda Pact or Poona Pact, are well-known. This marked a coming together of Dr Ambedkar and Mahatma Gandhi, as can be seen from the observation of Dr Ambedkar at the Hindus’ Conference in Bombay on 25 September 1932 to ratify and support the Pact and action arising from it.

Political reservation, reservation in employment, eradication of “Untouchability” as a national mission, earmarking a portion of the education budget for programmes for the educational development and advancement of Dalits were important parts of the Pact, though the Pact is remembered by most people for the agreement on political reservation in it. This moment of glory of coming together of the leader representing the movement for Independence for India and the leader representing social equality and liberation of people of “Untouchable” castes did not last long. It soon came to an end, causing a lot of bitterness.

Narayanaguru: A voice of the deprived from Kerala

At this stage, dwelling on the differences between Dr Ambedkar and Gandhi ji, which is a thing of the past and which has been settled in the Constitution, distracts from the main task of securing the honest, sincere and holistic implementation of the Constitution. At this stage, the ideological contributions of all those who had positive positions in favour of the SCs and their co-sufferers, viz the STs and, though not to the same extent, the SEdBCs, should be synthesised into a powerful instrument to secure fulfilment of the main task and to further the struggle to secure social equality through comprehensive social justice measures as envisaged by the Constitution. I have explained this elaborately in my paper titled “Synthesising the Gandhi-Ambedkar-Narayanaguru-Marx Visions for Dalit Liberation” (published in my book Social Exclusion and Justice in India, Routledge, 2018 – an abridged version of which was published in Social Change, Volume 41, Number 1, March 2011). In that paper I have also elaborately dealt with the differences between Dr Ambedkar and Mahatma Gandhi on various issues. Along with them, I have also written about Narayanaguru and his philosophy and his approach as part of this synthesis. Marx is useful in analysing and understanding antagonistic contradictions between the Dalits and certain communities of non-Dalits, particularly the landowning and land-controlling non-Dalit castes. Marxism-based analysis also helps us to identify non-antagonistic contradictions between Dalits and certain non-Dalit castes like fisherfolk, stone-cutters and other non-land-owning and non-land-controlling castes of SEdBCs. It is possible to overcome the non-antagonistic contradictions between Dalits and such non-land-owning, non-land-controlling castes of SEdBCs because there is no economic conflict or conflict of economic interests between them. It is possible to bring about a social alliance among them and, thereby, help create a larger mobilisation which is essential to facilitate the better and quicker fulfilment of the main Constitutional task before us.

Karl Marx: A voice of the workers

Along with Dr Ambedkar is a line of leaders who were themselves born into communities victimised through “Untouchability”, like Narayanaguru, Sant Ravidas, etc. Behind Gandhi ji is a line of leaders from Socially Advanced communities like Swami Vivekananda, Swami Shraddhananda, etc. Foremost among this latter line should be mentioned the names of Basaveswara (1134-1196) of Karnataka and Srimanta Sankaradeva (1449-1569) of Assam. There is a third line of leaders from the SEdBCs who also made significant contributions to these movements. Foremost among them are Mahatma Jotirao Phule and Savitribai Phule of Maharashtra and Periyar E.V. Ramasamy of Tamil Nadu.

These leaders are resources which in combination can be very effective against those who want to maintain the status quo. Disqualifying any of them because they did not measure up to the standard of Dr Ambedkar will deprive the Social Justice movement of its full valuable resources. Bhakti saints of ancient Tamil Nadu in the South, medieval Maharashtra, and in the North, Shri Guru Nanak himself are also valuable resources in this grand social Mahagatbandhan (grand alliance) against “Untouchability” and caste system and against the practice and institutions of social inequality. 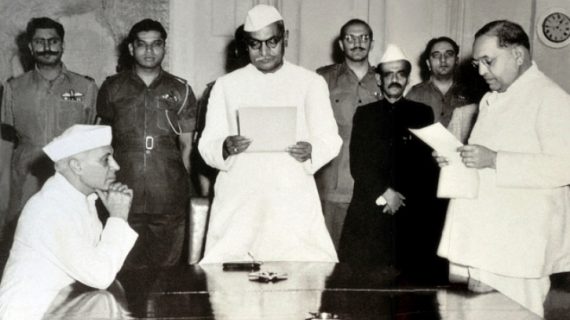 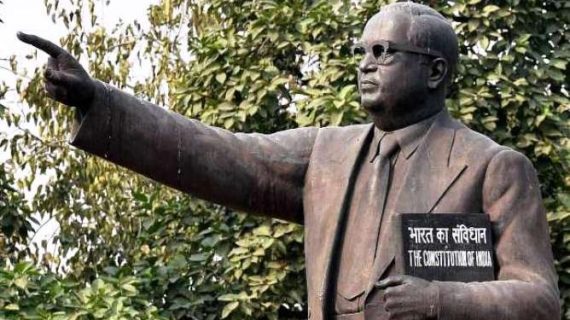 Who is killing Ambedkar’s dreams?

Which tendencies in Indian society are coming in the way of the fulfilment of Ambedkar’s dreams? IAS officer Narendra Kumar’s lists them out