She won silver twice, was disqualified and then rose again like a phoenix by helping the 4×400-metre relay team win the Gold. She is Hima Das. The dedication and unimaginable mental strength of this 18 year-old Scheduled Caste girl from Dhing in Nagaon District, Assam, had already made her Indian’s first ever world champion in a track event and the first Indian woman athlete to win a gold medal at global event when she blazed to success at the Junior World Championships. She now she has proven herself again at the Asian Games.

Known as Dhing Express, Hima Das won a Silver in the 400-metre event, a second Silver in the mixed 4×400-metre relay and the Gold in 4×400 women relay.

She had picked up an injury, yet she battled her pain and won the Gold with the relay team.

There is excitement in her small village. The whole village watched her sprints. They were dancing, lighting crackers and candles after the win.

Hima’s mother Jonali Das thanked the people of Assam and acknowledged that Hima’s achievements became possible only because of their blessings. Her father Ranjit Das said, “I am happy. She won a medal in three of her four events. I request those few people who had criticized her to consider her as your sister or daughter and show some love. I congratulate the other girls of the Gold-winning team and their families for the success.”

Earlier she was disqualified in her 200-metre race for jumping the gun. She was apparently disturbed by the allegations of doping after an Assamese news channel questioned her meteoric rise to stardom. Expectedly, she was crestfallen and made an appeal through a Facebook Live video to not spread rumours. Athletes are also human beings, she said, and they are hurt by such criticisms. She attributed the disqualification to the pressure she found herself in because of the allegations.

Plaudits from every corner

Another of her coaches, Nabajit, said, “She proved what she can do if ‘mon jai’ (I feel like).” Mon jai is a popular Assamese song by Assamese heartthrob and Bollywood singer Zubin Garg and her favourite too. She is a big fan of Zubin and he went to Jakarta to cheer Hima.

Bhogeswar Baruah, gold medalist of 1966 Asiad and Arjuna awardee, said, “She is a gift of god to Assam. Welcome her. Don’t criticize, let her play. She is only 18. I request to all the public, please handle this gift with care.” 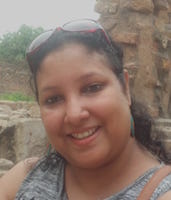