The ‘Mahishasur’ movement is again gaining momentum in Chhattisgarh this year. The youths associated with  the Gondwana Students’ Union in Pondi-Uprora in Korba district in the state, are creating awareness among the tribals about how their idols Asur Raj Mahishasur and King Ravana are insulted in the name of Hindu festivals and how this is tantamount to insult of their culture, history and ancestors. They want an end to these practices. It is worth mentioning here that last year, dozens of organizations had submitted memoranda to this effect to the local authorities in Madhya Pradesh, Chhattisgarh and Jharkhand. At some places, police complaints were also filed against holding of Durga Puja.

READ THE FULL ARTICLE HERE: Tribals up in arms against Mahishasur’s insult 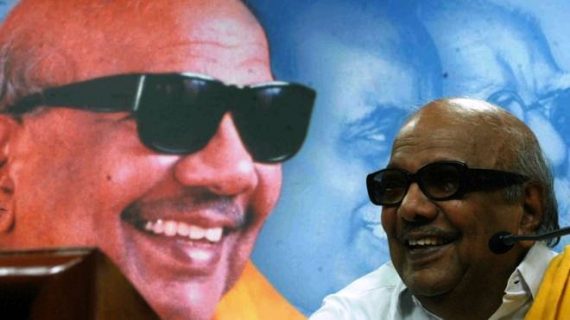 Karunanidhi: Dravidian-Bahujan hero who took on the Aryan culture

Like his mentor Periyar, Karunanidhi was also known for his fierce opposition to social obscurantism and superstitions, and for his atheism. The way he challenged the established social order and altered the direction in which society was headed is remarkable, rare. Premkumar Mani remembers him

Anger in Meerut over the murder of a Dalit youth, Bhim Army weighs in