The first notable Mahishasur Diwas celebration was held at the Jawaharlal Nehru University in Delhi in October 2011. Since then, this movement, aimed at building a violence-free and egalitarian India, has been growing. Now, the event, which celebrates freedom from the dominant brahmanical culture, is celebrated in hundreds of towns and villages across the country. But there have been other related events too. Cases were filed at several places against different people for making comments against Durga. In Chhattisgarh, Madhya Pradesh and other states, complaints were filed regarding insult of Mahishasur and Ravan. While there were demonstrations against the alleged insult of Durga, massive rallies were held in honour of Mahishasur. In this series of follow-up articles on the Mahishasur-Durga controversy, we will return to what has happened over the years and also update you with the latest developments. Today, we get to know about Vikas Khandekar’s struggle.

It was on 4 October 2016 that the state head of Satnam sect and Dalit leader from Mungeli district of Chhattisgarh, Vikas Khandekar, was put in jail for sharing a Facebook post, supposedly insulting Hindu goddess Durga. He finally got bail on 24 January 2017 from the High Court, but it was conditional. The bail order required him to stay away from Mungeli district till the situation normalised, which may be 6 months to a year or even more. After this, the High Court was to review the situation and decide if he could be allowed to visit the district or the condition may be withdrawn totally.

He had to stay in Bilaspur, away from his family, for two years. Finally this year, on July 27, he was granted permission to return home to his family. But he has to mark his attendance at the 10th of every month at the local police station.

During these two years, he lost both his mother and his grandmother. His mother was taken ill since he went to jail. After the conditional bail from the High Court, he was given special permission to meet his ailing mother once. She died in his presence. He will always rue the fact that he could not be of any service to his mother during her last days. It was his arrest and banishment from the district that led to her early demise.

Khandekar says, “I was punished for a crime that I did not commit. Immediately after publishing the post, I put up a regret message saying that it had happened inadvertently and that I apologise if my post had hurt the sentiments of anyone. I felt that after my apology, the issue would be over. But that did not happen. I was arrested on several charges. The atmosphere in Mungeli was as if I had committed a serious crime. Thousands from my community stood by me at that time. However, they went on the back foot as they realized that they would have to pay a heavy price for supporting me. Many who were backing me were lured away by the government and the administration. Prohibitory orders under section144 of the CrPC were imposed in the town.” 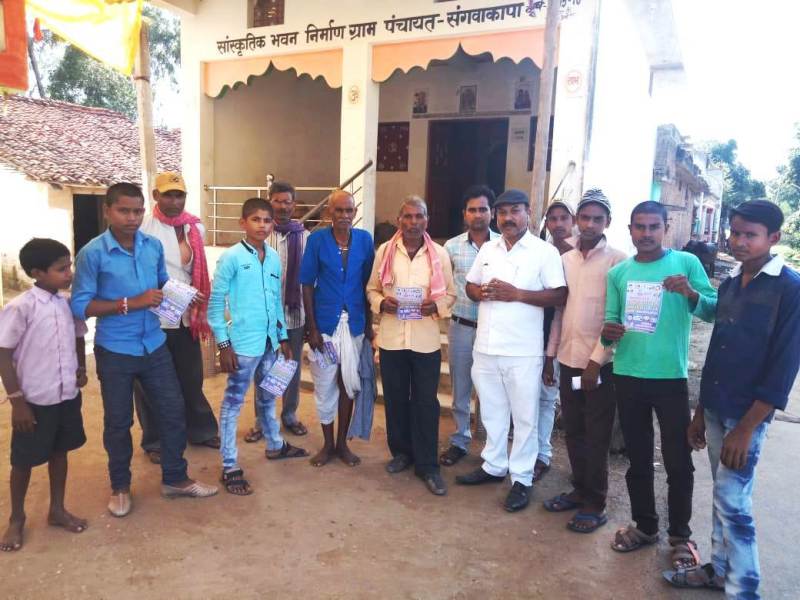 Vikas Khandekar is preparing to contest the next assembly election

Vikas Khandekar’s story holds up a mirror to us – to our society, our administration and our judiciary. He says, “My younger brother works for the police. He was pressurized to collect evidence against me and to somehow procure my phone from my wife. To save his job, while I was behind bars, my brother did everything that was asked of him by the police. I had no clue of what would follow. He became a puppet in the hands of the administration and the government. He threatened my wife, tortured her and forcibly took my licenced gun and deposited in the police station. I was also booked under the Arms Act. The administration kept threatening my brother that he would be placed under suspension if he didn’t do their bidding.

“My brother, who is a constable, preferred his job over me. Initially I felt that he had betrayed me. But he too is being victimized. He has been shunted to a loop-line posting in the wireless section of the police. He is being tortured because of me.”

Before Khandekar’s arrest, members of the RSS, Bajrang Dal, Sarva Samaj and Dharma Sena, among other Hindu outfits, had hurled shoes at the Jait Khamb (sacred pillar) of the Satnam sect (of which Khandekar is a followed) and also vandalized and committed arson in Dalit settlements. Khandekar’s residence was also attacked and several vehicles were set ablaze.

These acts of the Hindu outfits created tension in the entire area. While OBCs, Dalits and tribals took out rallies in his support, Brahmanical organizations joined hands to oppose him.

The police wanted to muzzle every voice rising in the support for Khandekar. Daupara, the place where Vikas lived, was surrounded by police for nearly a month. Blockades were placed all over the town. Police prevented any Satnam sect supporter from entering the city. It used some members of the sect to identify Satnamis. As soon as the police would detect a member of the Satnam sect, they were fined and threatened with imprisonment. When the representatives from political parties (except BJP), rallied in support of Khandekar, they were pressurized to help pacify the Satnamis. Notwithstanding all this pressure, Satnamis camped in the town for a month and agitated demanding Khandekar’s release. 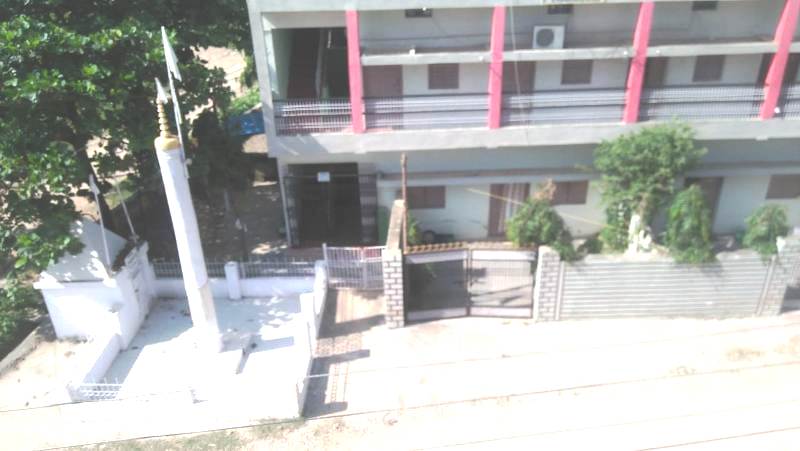 Jait Khambh, the sacred pillar of the Satnami sect which was desecrated by workers of Hindi organizations two years back

According to Khandekar, the president of the Dharma Sena and nominated corporator Saurav Vajpayee was keen on creating a hostile environment for Khandekar and was inciting people by branding him as dangerous to society. “The SDO (Police), Om Chandel, who is a Thakur (Rajput), was toeing Vajpayee’s line. He was the one who goaded a crowd to march towards my residence, instead of stopping them. He could have averted the attack on my house but he was blinded by casteist hatred. But for the presence of members of my community, something really bad would have happened to my family on that day.”

Khandekar says that “The post that landed me in jail and led to my banishment from my district was read aloud in Parliament by PM Modi’s minister Smriti Irani. Why no action was taken against her?  The post was just an excuse that was used by the rightwing and Brahmanical forces to force the Satnamis to abandon their campaign for exposing the hypocrisy of Brahmanism. The Satnami sect was founded by Guru Ghasidas and the Satnamis do not invite Brahmins for any rituals. The Satnam sect believes that all humans are equals. This is not acceptable to the Brahmanvadis, who believe in caste division, untouchability and discrimination. Fearing that the OBCs would part ways with them, they did not allow the OBCs to mix with the Dalits.

Khandekar gets emotional as he continues, “A lot has changed in these two years. Had my wife not been mentally strong and a working woman, my children would have been begging for food. The lawyers cheated lakhs from my family for securing bail for me and we had to pay Rs 2-3 lakhs as bribe. Despite having a family of six brothers and sisters, no one came to my aid and my wife had to take personals loans to take care of the expenses. I would have broken down completely in these years had it not been for my wife who kept a cool head and lent strength to me.

“On the instruction of the administration, the police tried to misguide the court. A few cases were registered against me due to my political activities but I was acquitted in all of them. The police used these cases to create an impression that I am a person with a criminal bent of mind and that setting me free would be dangerous. On the basis these cases, Section 110 was invoked to banish me from my district. Though my gun was licensed but a case was registered against me under Sections 25, 27 and 30 of the Arms Act. I was framed under a conspiracy.”

Vikas Khandekar will be contesting the next legislative assembly elections under the banner of the Ambedkarite Party of India. He says, “The attack on me was guided by the people at the very top.  The Chief Minister’s Secretary directed the police through video conferencing for over a month.  Despite being from my own community, the MLA from Mungeli and the Food Minister in the state government, Punnulal Mohale turned against me. It was who crafted the strategy for framing me in cahoots with the police.” 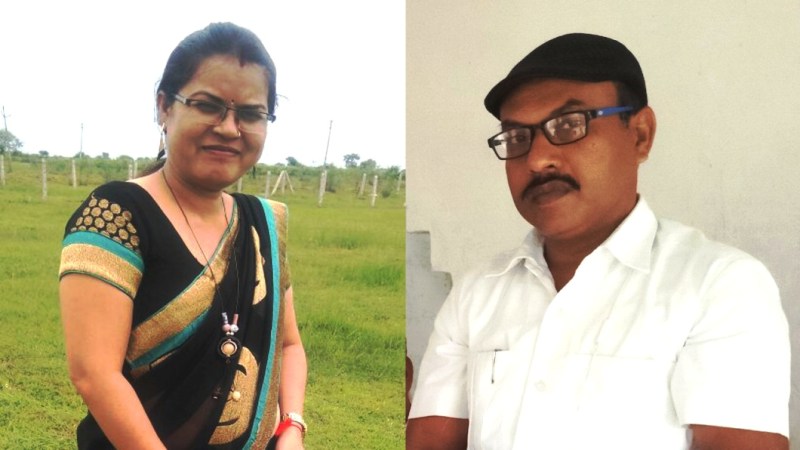 The course the case against Khandekar will take still remains unclear one but the memory of the past two years are enough to send shivers down  his wife Vandana Khandekar’s spine. A teacher by profession, she says, “I have understood the difference between friend and foes in these two years. In the face of difficulty, the only one you can fall back on is yourself. There were supporters in the beginning but over time, I was left to face the challenges alone. My strength gave way on many occasions but every time I would convince myself that I have to fight on. My colleagues in the school used to say that my husband was in jail because he had done something wrong but when I explained the political conspiracy behind whatever had happened, they stood corrected.”

Meanwhile, Khandekar remains firm on his ideology despite his prison sentence, exile and other problems. Speaking to Forward Press, he stated, “We are the disciples of Guru Ghasidas who rejected the concept of Brahman supremacy and we shall do the same throughout our lives. The Brahminical order is making our society hollow and it must be combated.” 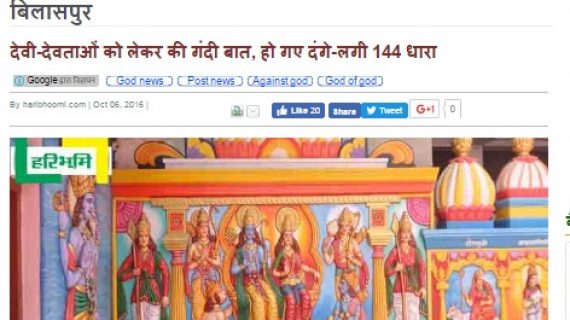