Question 1: What are the different sectors where reservations are given and why?

In India, seats are reserved in three different sectors: higher education, government jobs, and legislature. The Indian state is a welfare state which is committed to the cause of equality. The state wants people from marginalized segments to avail proper education so that they can compete in the labor market. Since discrimination happens in educational institutions, it becomes incumbent upon the state to reserve seats in jobs as well so that the effects of past discrimination can be undone. Considerable discrimination happens even in the labor market, which compels thinkers and policymakers to reserve seats at the level of local governance and legislature. This is done to address issues of discrimination in the corridors of power and make laws and policies to eradicate various discriminatory practices. One should always remember that reservation is for representation. It desires that all marginalized groups of people be adequately represented, and their voices are heard. It is a three-pronged approach which wants to give access to proper education, outstanding jobs and equal say in policymaking.

Question 2: Why can’t there be reservation on the basis of class (poverty)? We need to help all the poor irrespective of castes.

The state is not helping anyone. People help themselves. It is the right of each of us to live with dignity, and dignity is achieved when everyone is considered as equal by society at large. There are arguments in favour of class-based reservations. Indeed OBC (other backward castes) reservation is partly class-based. However, there are two significant limitations of class-based reservations. First, in India, caste and class overlap significantly. Various researches point out to this, for example, Ghanshyam Shah’s work (1985). Secondly, discrimination on the basis of caste can only be minimized with caste as its basis. This is very clear in case of Scheduled Castes (SCs). William Darity et al (2011) demonstrate that a shift from caste/group based to class-based AA will necessarily dilute the access by targeted groups to AA, no matter how the eligibility criteria are defined. In India, we have the case of Karnataka, where dominant castes of Brahmins, Lingayats, and Vokkaligas monopolized the positions which were reserved on an income basis, often, with false income certificates. 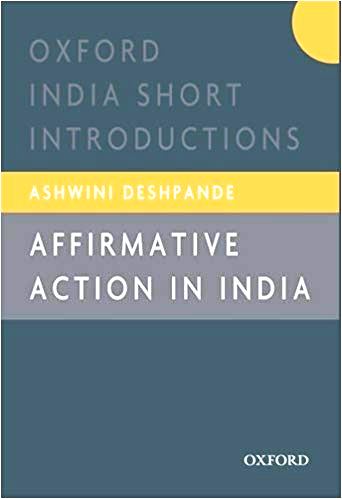 Question 3: Why can’t we replace reservations with economic assistance?

Reservations are about representation. People from diverse social groups should get proportionate representation in all walks of life. Class-based government programmes, such as anti-poverty or employment-generation programmes, designed to ameliorate poverty or provide livelihood support, could also reflect underlying social biases. It means that the deserving members of stigmatized groups could get disproportionately excluded from such programmes. To avoid or at least lessen this, AA alters the composition of elite positions in society.

Question 4: Can we bypass reservations of seats with an inclusive development programme?

We need to understand the vicious cycle in operation. Material deprivation makes it harder for individuals from disadvantaged groups to access elite positions, and the lower representation of these groups in high-earning positions keeps their average standard of living down. This needs to be broken at both ends: effective AA can break it at the upper end by making it easier for some individuals to access elite jobs, whereas anti-poverty or livelihood support and/or health and nutrition-based programmes can break it at the lower end by raising the standard of living of the poor among the disadvantaged communities.

Question 5:  But Scheduled Tribes(STs) live happily in isolated areas. Why do they need representation or AA?

The picture is never that rosy for them. In 1911 a Criminal Tribes Act was passed which enabled local government to declare any tribe a ‘criminal tribe.’ Several tribes were designated as such, and till today, even after denotification, the stigma remains. Most STs suffer from the dispossession of their lands in the name of development. They are not given due compensation and get shoddy rehabilitation programmes. 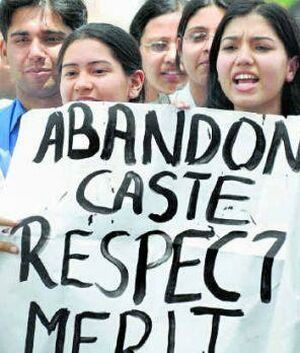 Question 6: Why do we need reservations for OBCs? They are not like SCs and STs.

OBCs were clubbed with untouchables, tribals and some non-Hindu communities and termed as ‘backward or depressed classes’ since British times. OBCs, more or less, are a group of all communities which needed preferential treatment as their castes were placed low in the socio-economic hierarchy, though not as low as the untouchables. Kaka Kalelkar Commission in 1953 and BP Mandal Commission in 1978 took stock of the ‘backward classes’ and the need for AA. Though there is a strong section of OBCs which are quite well off and culturally quite similar to Hindu upper castes than to untouchables, still, a large part of OBCs are significantly weaker than Hindu upper castes.

Question 7: Will the ambit of reservation keeps on increasing? Why can’t it stop?

Reservation is there to lessen the effects of discrimination. It is the cure, not the cause of social and economic inequality. It started with SCs and STs and now has reached to OBCs and women. There is also a demand for various types of affirmative action for sexual and religious minorities. Alas! We see rampant discrimination even after so much affirmative action. Indeed, many reserved seats are lying vacant mainly in jobs and higher education.

In some cases, reserved seats are even given to nonreserved candidates through the back door! Thus a big part of AA is ineffective as the ruling classes do not implement it wholeheartedly. AA should continue till discrimination is here so that we live a life of not only equality and liberty but fraternity as well. 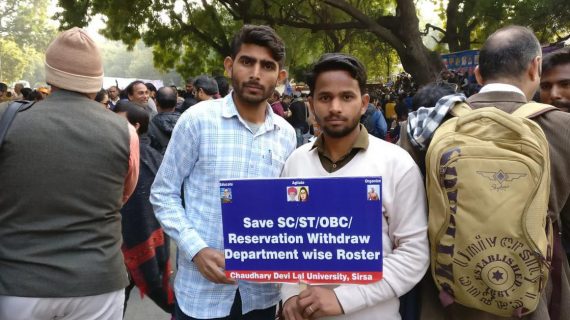 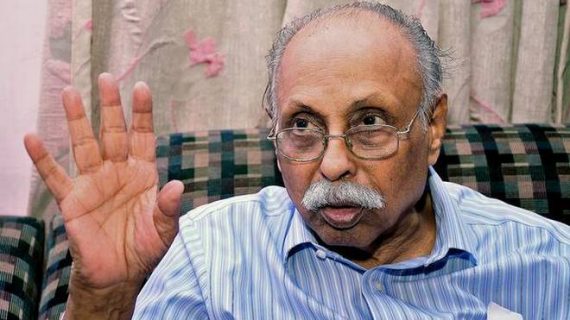