Aurat Hone ki Saza is a classic by Arvind Jain. First published by Rajkamal Prakashan in 1996, this book has undergone many editions. The author reviews the plight of a woman in Indian society right from the time she is born until her death. Based on various laws and cases, he has established that apart from the social structure, the law also favours men. Given below is the chapter of the book that dwells on India’s child-marriage laws. We will be serializing the book in English here on the website with a view to eventually publishing the English translation of the book under the Forward Press imprint. -Managing Editor

Every year, on the auspicious day of “Akshaya Tritya”, more popularly known as “Akha Teej”, thousands of gullible minor children (including infants) are forced to tie the marital knot (read “noose”). The tradition has survived statutory provisions to the contrary and waves of social awakening over the past several decades. The law prohibiting child marriages has proved to be illusory and the efforts of social activists, equally worthless. The reasons are not difficult to find and actually stare in one’s face as we cast a cursory glance at the relevant statutory provisions. 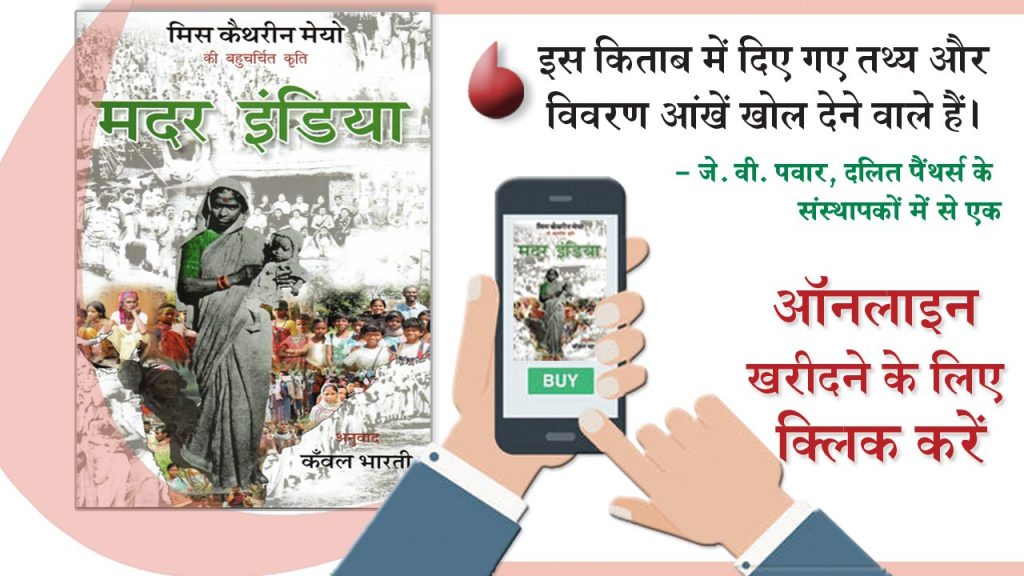 Both the Child Marriage Restraint Act and Section 5(3) of the Hindu Marriage Act, 1955 lay down completion of 21 years of age by the groom and 18 years by the bride as a pre-requisite for marriage. The statute declares solemnization of a child marriage a criminal offence. An adult male marrying a child bride and in case both parties are below the prescribed age, the persons responsible for solemnization of the marriage are punishable with imprisonment ranging from fifteen days to six months, along with a fine. Still, the marriage remains legally valid. It is left out of the purview of sections 11 and 12 of the Hindu Marriage Act, which deal with void and voidable marriages respectively. The sanctity of a Hindu marriage does not get diluted merely by its being a criminal offence. But (and) the trivial nature of the criminality attached to it is already underscored by the soap-bubble punishment provided for it. Moreover, the offences are bailable and noncognizable for the purpose of arrest by the police (Section 7). A police officer, though entitled to investigate the offence, cannot make a spot arrest and he has to obtain arrest warrants from the court of a magistrate and thereafter, release the offender on bail. The marriage then can be legally and validly performed. Delhi and Andhra Pradesh high courts have ruled that 15 could be considered an “age of discretion” and the marriage need not be annulled if the girl had consented.

The child, if he/she was below 15 at the time of marriage, has been conceded a right to repudiate the marriage and seek divorce (not annulment of marriage) when he/she attains the age of 15 years but before he/she is 18, under the Hindu Marriage Act [Section13 (2) (4)]. Before recent amendment this right was available only to girls. However, if he/she is above 15 (though below the minimum prescribed age of 18 years) at the time of marriage, even this right is denied to him/her.

The validity of a child marriage, gets further statutory recognition under the Indian Penal Code (IPC). Section 375 of the IPC defines the offence of Rape. Sexual intercourse without a woman’s consent, and in case she is below 16, even with her consent, is rape. However, intercourse with a child-wife above 15 with or without her consent has been specifically excluded from the definition. Thus, the IPC not only acknowledges that there can be a child-wife but actually reduces the age of consent for intercourse with her by one year. Deliberate? Probably not.

The fact is that originally, even the minimum age for marriage of a girl was fixed at 15. While the Child Marriage Restraint Act and the Hindu Marriage Act were amended in 1978, the worthy bureaucrats and great leaders of the nation forgot to make the corresponding changes in IPC. And now, it will take some vigorous shaking for them to awaken to the crying need.

The comedy of statutory errors does not end here. A person committing rape upon any other woman can be punished with imprisonment for life. The minimum punishment a court has to award is imprisonment for seven years along with a fine [IPC Section 376 (1)]. However, a person who rapes his own wife above 15 years of age commits no offence. And, even if she is below 15, but above 12, the husband – though acknowledged as a rapist – is entitled to a grand “special discount” in punishment. The maximum punishment prescribed for him is imprisonment for two years or a fine or both.

This being the position in substantive law, the Code of Criminal Procedure (CrPC) also does not lag behind in its invidious treatment towards married women (especially, the child-wife). While in other cases, rape is a cognizable and non-bailable offence, rape of a wife above 12 years of age is non-cognizable and bailable (Schedule 1, CrPC). Generally on receiving a complaint of rape the police arrests the accused even before collecting any other evidence and investigating it. In the case of rape of a wife, they do not take any action except making an entry in the register and the poor girl, less than 15 years old, is supposed to approach the court herself and go through the more rigorous procedure prescribed for the trial of complaint cases before the husband can even be touched. This is the privilege one gets on committing the offence of marrying a minor girl!

Yet another instance of mockery of the prohibition of child marriages presents itself in the form of Section 198(6) of CrPC. For a usual case of rape, the prescribed punishment is above three years. CrPC does not provide any period of limitation. Rape of a child-wife above 12 years old attracts punishment up to two years of imprisonment and hence, the period of limitation for the court to take cognizance of the offence is three years [Section 468(2)(c)]. However, a further overriding concession is provided by Section 198(6), which reduces even this period to a mere one year. Not only this, this highly benevolent provision (for an offender of child marriage) even obliterates the cut-off age of 12 years set by Sec 376(1) IPC. The effect of this is that the period of limitation for taking cognizance of rape of a minor wife gets reduced to one year even in case the wife is below 12 years of age, which is otherwise an offence punishable with imprisonment for life.

Perhaps the funniest statutory provision in the context of child marriages is Section 6 of the Hindu Minority and Guardianship Act, 1956. Subsection (a) provides that the natural guardian of a minor boy or unmarried girl shall be his or her father and after him, the mother. As per Subsection (c), the guardian of a married girl is her husband. This applies even if both husband and wife are minors. Thus a minor husband who is himself under the guardianship of his father or mother becomes the guardian of his minor wife, their children and their respective properties, if any. (While ruling on a case, the Madras High Court noted these contradictions.) On the other hand, Section 10 of the same Act puts a blanket ban on a minor acting as the guardian of another minor’s property. This practically leaves the minor wife an orphan.

On second thoughts, the above provision may not qualify as the funniest. Consider this buffoonery of law: A child-wife forced into the sacred matrimony before she was 15 years of age is entitled to repudiate the marriage when she turns 15. But if the husband disagrees, forcibly takes her away and compels her to submit to sex even by brute physical force, he commits no offence according to the sections of the IPC. He remains her guardian and hence, cannot be said to have kidnapped her out of his own guardianship. And, sexual intercourse with one’s own wife, with or without her consent, does not amount to rape.

Who are the Society, the Government, the Constitution, the legislature and the courts fooling?  And why?