The powers that be have been trying by hook or by crook to silence the voices challenging the domination of dwij culture on Indian society. On 26 February 2019, Bahujan activist and journalist Udayan Rai became their victim. Patna-resident Udayan, a proponent of Bahujan culture, was arrested on 25 February. The police say they have uncovered a plot to murder Prime Minister Narendra Modi.

Leading the cultural battle of the Bahujans

Udayan Rai, a young social activist, is known for his successfully organizing of Mahishasur festival, which has emerged as a symbol of the cultural identity of the Bahujans. Under his leadership, the residents of the rural areas of Hazipur, Muzaffarpur and many other districts have been opposing dwij traditions. He was also associated with Arjak Sangh, which has been making the Dalitbahujans aware of the retrograde dwij traditions in Uttar Pradesh and Bihar. 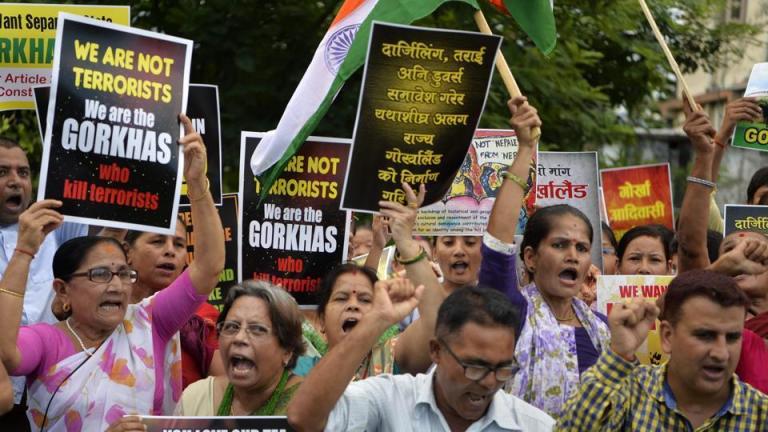 Udayan Rai at a demonstration in Patna

Udayan was an active member of the Shoshit Samaj Dal (SSD), founded by Jagdev Prasad and Ramswaroop Verma in 1972. SSD’s national president Raghuram Shastri says that he was a responsible member of the party and took the lead in participating in various activities. He was at the forefront of raising issues pertaining to Dalitbahujans.

According to Rakesh Yadav, convener of Socialist Employees Welfare Association (SEWA), Bihar, Udayan is committed to the welfare of the Dalitbahujans. “He has always sided with us in the struggle against brahmanical traditions and his arrest points at a big conspiracy,” he says.

Is Udayan Rai being punished because he openly called for a revolt against dwij traditions? This possibility cannot be ruled out. It is not for the first time that the participants in a Mahishasur festival have been punished. In 2016, Vikas Khandekar of Mungeli in Chhattisgarh was framed in a criminal case and arrested. He was even externed from the district. In Chhattisgarh, Manish Kunjam, a former Communist Party of India (CPI) MLA and a Tribal, was booked for questioning the symbolism of the Mahishasur-Durga narrative. Another instance is of Suman Saurabh, a resident of Nawada in Bihar, who described herself as the daughter of Mahishasur and was arrested in September 2018 on for murder. She is out on bail now. Udayan Rai is also a victim of the same trend.

The police picked up Udayan Rai on 25 February, when he was on his way to a slum cluster near his home on his bicycle to teach the children there. For two days, he was detained at an unknown place. During this period, his elderly mother, worried that her son was in serious trouble (murdered?), kept wailing. On 27 February, policemen from the Peerbahore Police Station in Patna district informed her that her son had been arrested. 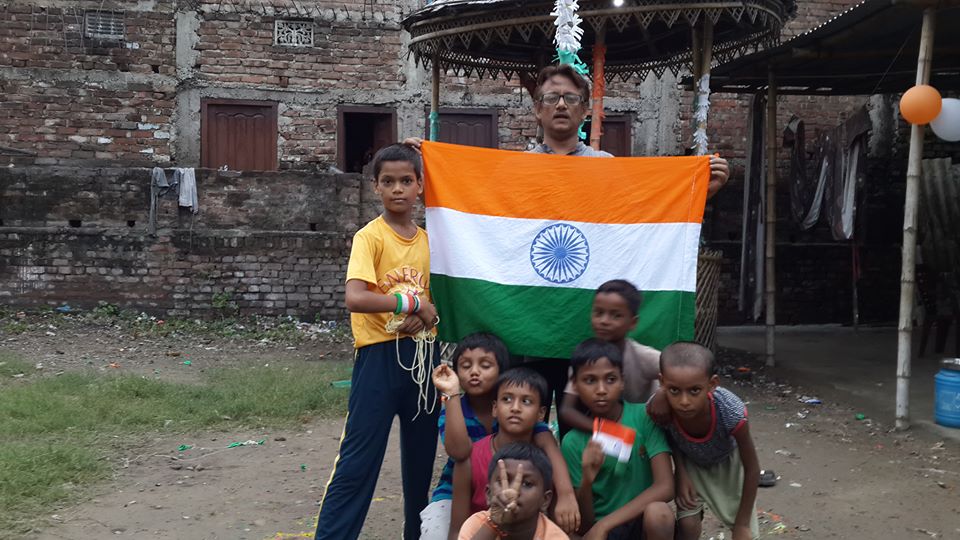 The IPC mandates the police to present every arrested person before a court within 24 hours. But in the case of Udayan Rai, this provision was thrown to the wind.

The suspense on why Udayan Rai was arrested continued on 27 February. Intellectuals in Patna were not sure what had prompted the police to pick up Udayan. News reports published in Patna newspapers on 28 February 2019 revealed what Udayan was accused of. Dainik Jagran’s front-page lead said, “Man conspiring to detonate bombs in PM’s rally held”. 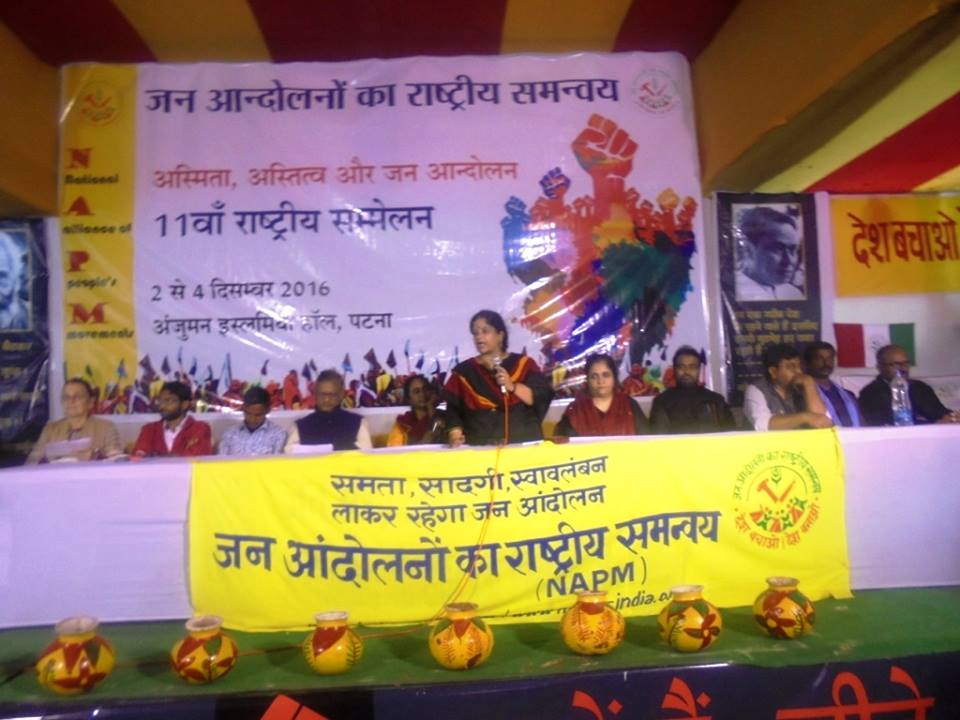 Those who knew Udayan Rai as a fellow social activist for years were shocked by the news. How could a person, who was always ready to do everything he could for securing justice to the poor and the downtrodden, have conspired to kill thousands by triggering bomb blasts in Modi’s rally (held at Patna’s Gandhi Maidan on 3 March 2019)?

Targeted at the instance of the RSS?

The fact is that the Patna police was waiting for an opportunity to pounce on Udayan Rai, who was steadfastly opposing the dwij ideology and its adherents. How could the intelligence wing of the state police have been unaware of a person whose one call was enough to mobilize thousands for opposing dwij traditions? The police accused Udayan of posting a message on a WhatsApp group saying that there may be bomb blasts at the PM’s rally at Gandhi Maidan, Patna, on 3 March 2019, that could kill 4000 people and trigger communal riots all over north India. 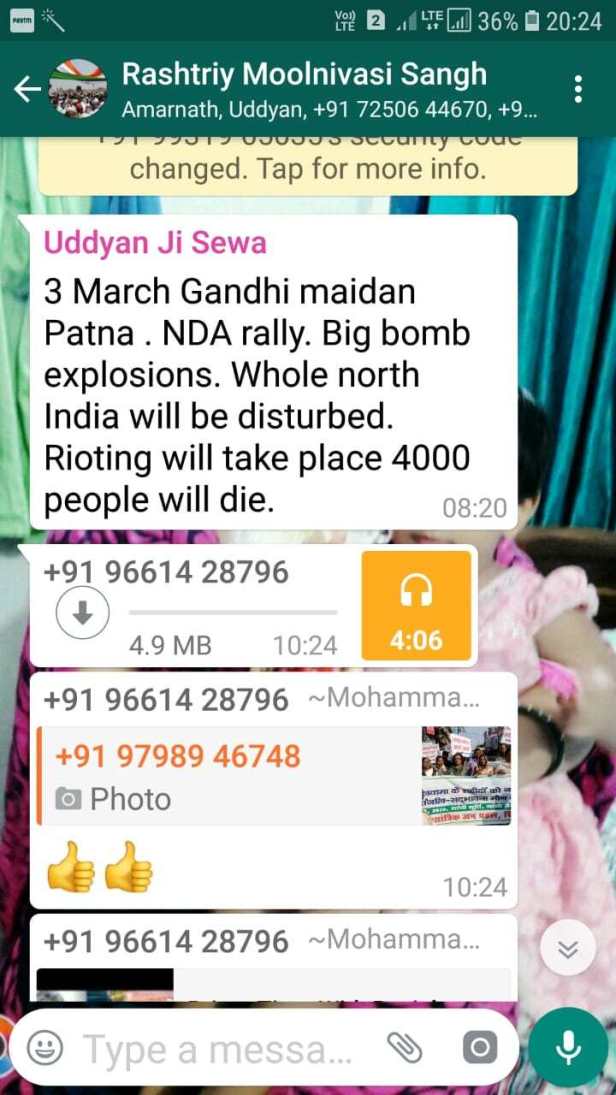 The message posted on a WhatsApp group. According to the police, Udayan Rai had posted the message

The reasoning and logic of the police is highly suspect. Udayan Rai had just expressed an apprehension on a WhatsApp group of his friends that like in 2013, bomb blasts might be engineered at Modi’s rally to enable his Bharatiya Janata Party (BJP) to play the Hindu-Muslim card.

If Gupteshwar Pandey, the DGP of Bihar, ordered the arrest of Udayan, he must have been following orders from the very top. It is plausible that the directives to take action against Udayan came from Nagpur. 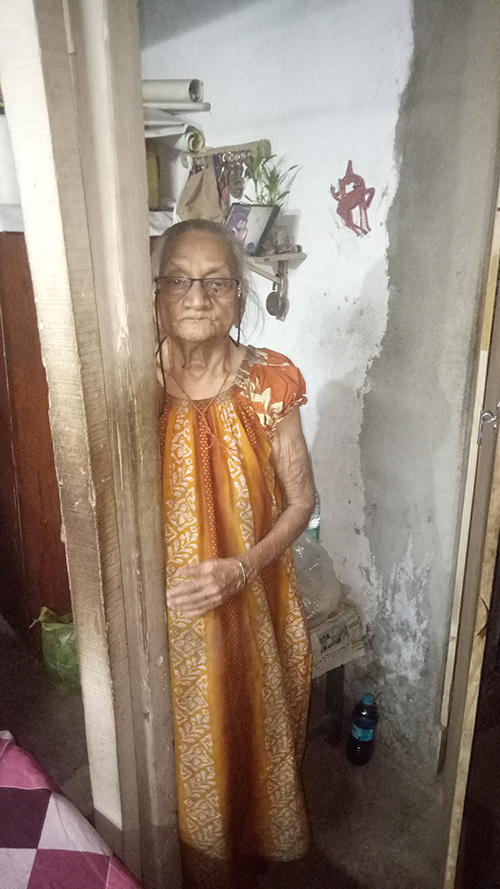 Udayan’s family in the shadow of fear

Udayan was born into a low-income OBC family of Patna. His old mother lives with him while his sister Juhi Rai is a professor in an American university. After her brother’s arrest, she rushed to India. She told Forward Press that her brother had been arrested under a conspiracy. “He has been accused of a crime he has never committed,” she said. “Innumerable posts and messages against Narendra Modi and the RSS are floating on social media but it makes no difference to the police. Her brother just expressed an apprehension and was branded as a terrorist by the police.” Udayan Rai’s mother fears that her son may be killed in a fake encounter.

Please note the “vishwa” in the word “Vishwavidhyalaya”. Do you want to convert them into Saraswati Shishu Mandirs? Universities discuss problems and issues confronting the whole human race. Don’t try to make them schools of patriotism 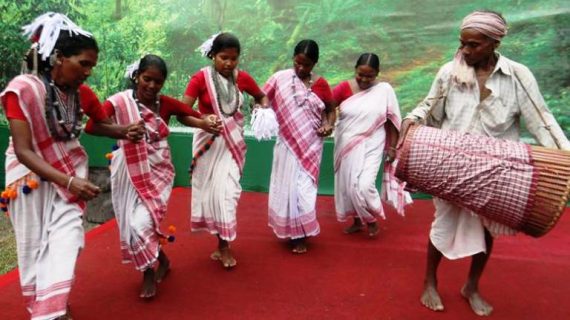 When Asurs refused to enter a Kolkata Durga Puja pandal

When Sushma Asur and her troupe performed their dance outside the pandal and mourned Mahishasur’s murder, it made the puja revellers think a bit but not nearly enough 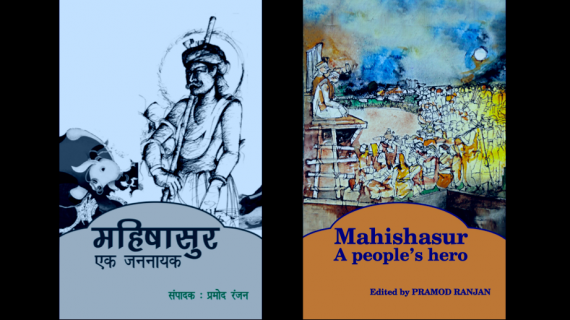