Recently, Oxfam India released a report based on a survey that found how only a handful of Dalits, OBCs and Adivasis occupy decision-making positions in the Hindi and English media. In the light of this finding, B.P. Mahesh Chandra Guru, professor of media studies at University of Mysore, responds to Nawal Kishore Kumar’s questions:

Oxfam India released a report that showed disproportionately low presence of Dalitbahujans in the media. This is just in the Hindi and English media. What is the situation in the vernacular media of South India?

The report has revealed the ground reality in India. Dalitbahujans constitute the greatest majority in Indian society. They are second to none in terms of competence in all walks of wife. There are a considerable number of Dalitbahujans who have obtained formal education and training in the media sector. The government-owned information, communication and public-relations departments have provided representation to these sections as a matter of constitutional obligation. The government-owned media hardly constitutes about 5 per cent of the media sector in India. The privately owned, managed and controlled media institutions constitute remaining 95 per cent in India. The owners of these institutions are not duty-bound to implement the policy of reservation in the media in the absence of both Constitutional and pro-social measures. A great majority of media professionals are Brahmins, Banias and Rajputs. Dalitbahujans are not preferred by the privately owned media outlets mainly because of caste, race, colour and other unprofessional considerations. The vernacular media of South India are far better with respect to the presence of Dalitbahujan professionals since they are primarily guided by Dravidian consciousness rather than caste considerations. There is a good number of Dalitbahujan professionals in the middle- and low-editorial level in the media here. However, the top positions are still held by Brahmins, who have developed a caste-oriented media network in India. 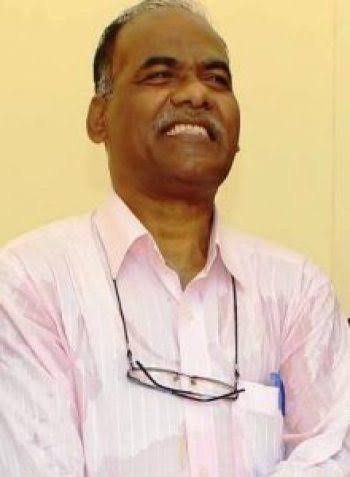 Is there any social reason?

The media owners and top-level professionals are certainly guided by social factors rather than cultural and professional factors. In the new millennium, too, class is a myth and caste is the reality. This applies to all sectors of human life, including the media. The Dalitbahujan samaj is deprived of adequate public space due to the dominance of caste system and caste-based prejudices. The absence of an enlightened leadership and professional considerations are primarily responsible for the low presence of Dalitbahujan media professionals.

Can initiatives by Indian academia change this situation? If so, what kind of initiatives?

Indian academia has cultivated progressive attitudes and behavioural patterns in media education for some time now. Most of the faculty members in the privately owned media educational centres and universities represent the Forward communities due to the lack of reservation and a progressive recruitment policy. All the public universities have adopted the policy of reservation in India due to Constitutional obligations and social pressures. Most of the faculty members in the media departments of public universities thus belong to the Dalitbahujan groups. The presence of these teachers has invariably attracted a good number of Dalitbahujan media students and research scholars. They have also produced a good number of Dalitbahujan media professionals considering it their social responsibility. These professionals have obtained adequate employment opportunities in the government and private institutions spread across the news and television media, advertising, corporate communication and the nonprofit sector.

Many people say that after implementation of reservation for OBCs in higher education, numbers of students and teachers are increasing. Similarly, don’t you think there should be more people from the deprived sections in the boards and committees of media schools?

There is remarkable increase in the number of Dalitbahujan teachers, researchers and students after the implementation of reservation in the higher-education sector in India. Today, rural and backward areas are also getting new educational institutions and universities under the Rashtriya Uchchatar Shiksha Abhiyan (RUSA). Journalism and Mass Communication courses have also been introduced in these new universities. A good number of faculty members who hail from the Dalitbahujan samaj form part of Boards of Appointment, Boards of Studies and Boards of Examinations in these institutions. This has led to an even greater representation of Dalitbahujan scholars and students in Indian academia. A new generation of media scholars and activists has also emerged in the new millennium.

What are your views on digital media and social media?

The mainstream media has failed miserably in the empowerment of Dalitbahujan samaj for obvious reasons. They are primarily guided by profit considerations rather than social obligations. In a democracy, the media is also a public space. Unfortunately, the mainstream media has not realized the significance of both social justice and academic justice in the age of globalization. The marginalized sections are not represented and promoted by the mainstream media, which has lost direction due to certain prejudices. Fortunately, the digital media has bridged the distance between knowledge and marginalized sections. A new age of globalization of knowledge has become a reality due to digitalization of media services and content. There is a slow but steady growth of digital literacy in the country. In the age of right to information and digitalization of knowledge, the Dalitbahujan samaj has gained new opportunities in society, including academia and the media. Social media has contributed significantly towards promoting social networks, social capital development and social action for justice and development. The media has become participatory, benefiting the marginalized sections. These are certainly welcome changes from the social-justice point of view.

One last question. Would you have any suggestions for the government with regard to increasing Dalitbahujan presence in the media?

Primarily, it is the State’s responsibility to increase Dalitbahujan presence in the media. The intervention of the State is the need of the hour. Central universities, state universities and other centres of learning should implement certain innovative programmes for the equipping Dalitbahujan communities for working in the media and in media education. For example, research scholars and students could be given free laptops, or stipends to undergo training in the media institutions during vacations and develop their skills and competence. The media institutions should facilitate “earning while learning” on the basis of social commitment. Implementation of reservation in the private sector is the surest means of empowerment of marginalized sections since the government has implemented de-reservation and disinvestment policies. Enlightened political leadership and social advocacy are very much essential to improve the representation of the Dalitbahujan samaj in the media in India. 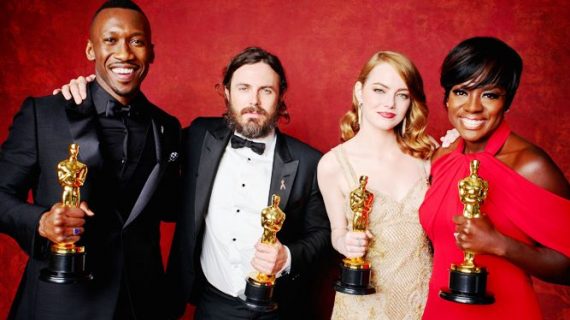 This year, Blacks and Muslims were among the Oscar winners. H.L. Dusadh says this is proof that American society continues to be democratic and liberal despite the racist campaign of President Donald Trump