On 24 March 2020, Prime Minister Narendra Modi made a surprise appearance on TV at around 8 pm and issued an order confining people to their homes for the following three weeks. He did not care to ponder over the fact that the homeless constitute a fair proportion of the urban dwellers. Having no home to be confined to, what would they do, where would they go? Workers have been paying the price of the Prime Minister’s unreasoned diktat for the past two months. They are on the highways covering long distances – walking, cycling, riding two-wheelers, bullock carts, “jugaad” vehicles or being transported packed like sardines in trucks. This is the biggest exodus in independent India. What is surprising is that the governance system is simply ignoring them – posing as if they don’t exist.

When the nationwide lockdown came into force on March 25, very few workers were paid their salaries for the month of March and almost none for April. Whatever little they had saved was spent on food. They had to get money from their families back home to pay for their passage. This money was mainly loaned by rural moneylenders.

The government’s order asking employers to pay full wages to the workers for the period of the lockdown was little more than a formality. Even that order was withdrawn after the intervention of the Supreme Court. Most of the migrants work in urban clusters from September through May, spending the money they save on loan repayments, wedding ceremonies and farm inputs. It also helps them survive in their villages for the four months of monsoon.

Given these circumstances, the government should have taken the ordinance route to amend labour laws in such a manner that in such times of distress in the future, the labourers would be assured of their wages, would not be abandoned and treated as machines, not humans.

That, of course, never happened. Instead, at the Prime Minister’s call to convert the challenge into an opportunity, many state governments rendered labour laws impotent. Six states have “reformed” their labour laws to make them toothless, with the BJP-ruled Gujarat, Uttar Pradesh and Madhya Pradesh taking the lead. In fact, it seemed as if there was a competition between the states with the trophy reserved for the one which hurts the labourers the most. MP and UP have suspended enforcement of labour laws for 1,000 days (around three years) and Gujarat for 1,200 days. Goa, Maharashtra and Odisha have raised daily working hours from eight to twelve.

The MP government, on 5 May, issued a gazette notification suspending labour laws for a thousand days. The very next day, the State Labour Commissioner intimated labour department offices of the decision. Now, shops in the state can remain open from 6 am to 12 midnight, which means the workday of shop employees may go up to 18 hours.

On 6 May, the Uttar Pradesh Cabinet cleared the “Uttar Pradesh Shram Vidhiyon Mein Asthayi Chhoot Adhiniyam 2020 (Uttar Pradesh Temporary Relaxation in Labour Laws Act 2020). Now, only three of the 38 labour laws will remain in force in the state. They are the Bonded Labour System (Elimination) Act 1976, Employees Compensation Act 1923 and Building and Other Construction Workers (Regulation of Employment and Working Conditions) Act 1996, besides a few laws specifically meant for women and child workers.

The Uttar Pradesh government also issued a separate notification raising working hours from eight to twelve on 8 May. The notification was withdrawn after the High Court issued a notice to the government on a petition challenging the move. But it won’t make much of a difference, because with the labour laws suspended there will be no cap on working hours anyway and no agency to which the labourers can complain on this count.

With the Industrial Disputes Act 1947 and the Industrial Relations Act 1960 withdrawn, labour courts, labour tribunals and trade unions will become things of the past. The labourers will not be able to make demands related to their wages, bonuses or security at the workplace. They won’t be able to strike either. Labour Boards will cease to exist. The few rights the working class had won after a long struggle, have been snatched away at one go. Basically, as far as their rights are concerned, the workers will be transported back to the pre-British era.

What the changes entail

It was around 1850 that the British started laying railway lines in India. Bombay and Madras ports were built, cotton and jute mills were established and commercial mining of coal was launched. Thus began industrialization of the country. But the industrial sector was completely unregulated, as far as the workers were concerned. The owners enjoyed absolute rights. A long struggle led to the enactment of the Trade Unions Act in 1926 and Public Safety Act and Trade Disputes Act in 1929. Workers contributed immensely to the Freedom Struggle and so unsurprisingly many laws for their welfare came into being immediately after Independence. More laws and regulations followed later.

But even these laws have not protected two thirds of Indians, who are workers one way or another, from becoming prey to hunger, fear and anxiety over the past two months. Far from protecting their human rights, the government even took away whatever little protection their labour laws offered.

It remains to be seen what stand trade unions and other worker organizations take on the dilution of labour laws the COVID-19 scare subsides. The Bharatiya Mazdoor Sangh and other trade unions have already opposed the move.

Anurag Modi is a social activist associated with the Samajwadi Jan Parishad. He has been working among Adivasis for the past 27 years. He was a civil engineer in Mumbai until 1989, when he quit his job to work among the people displaced by the Bargi Dam, the first dam built on the Narmada River. Modi then moved to a small village in Betul, Madhya Pradesh, called Pataupura, where he founded an association of Adivasi workers. 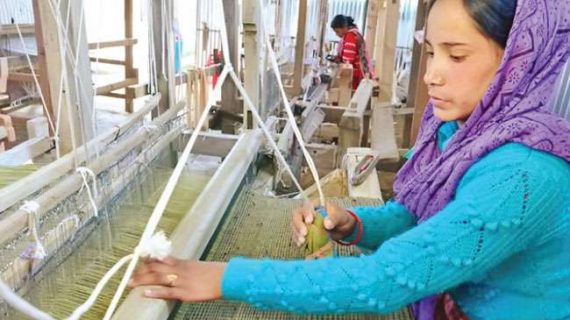 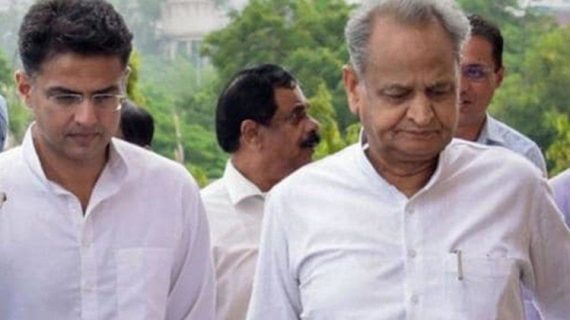 Why BJP wants to pull down pro-Bahujan Gehlot government

Why is the BJP bent on creating political instability in Rajasthan? Is it because of ideological reasons? Or is the party rankled by the new sociopolitical equations emerging in the state because of a string of policy decisions taken by the Gehlot government? Bhanwar Meghwanshi analyses the recent developments 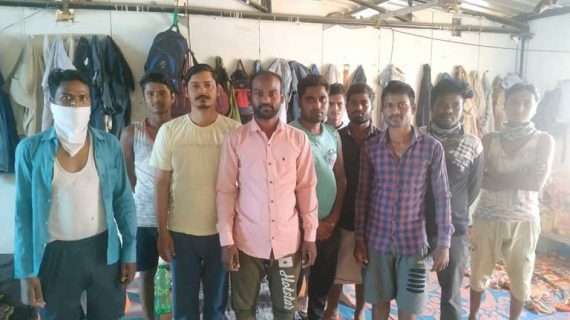