The Chebrolu Leela Prasad Rao vs State of Andhra Pradesh case arose from an Andhra Pradesh government order in the year 2000 about recruitment of schoolteachers in the Scheduled Areas of the state. The order reserved all posts of schoolteachers in these areas for the Scheduled Tribes (STs). This reflected the government’s stand that all seats and positions in public institutions of the Scheduled Areas should go to the STs. But there were a lot of competent candidates among the Scheduled Castes (SCs), Other Backward Classes (OBCs) and other sections. The petitioner (Chebrolu Leela Prasad Rao) himself is an OBC. When he was 20 years old, he applied for a teaching post in a Scheduled Area where he lived but was declared ineligible because he wasn’t an ST. Many other bright, deserving, poor SCs, OBCs and other economically weaker sections have also suffered. Among the petitioner’s many contentions was that SCs and OBCs have been living in these tribal areas for ages; they don’t have right to property in the Scheduled Areas but they still live there and eke out a livelihood. In fact, Article 371D of the Constitution entitles them, like the STs, to preference over non-residents in admissions to local educational institutions and in recruitment to local public institutions. Denial of teaching positions in local schools to competent candidates among them is a violation of this Article.

If only ST teachers are allowed to teach the ST students in the Scheduled Areas, what will be the standard of the students? Won’t merit be compromised by keeping the meritorious, competent, capable teachers of the SC, OBC and other sections out of these schools? Therefore, as Ambedkar said in the Constituent Assembly debates, 100 per cent reservation for a part of the population is not possible because it will affect merit, and merit informs the basic structure of the Constitution. But at the same time by applying the law of equality and to bring about an end to the historical discrimination against the castes with regard to jobs and education, reservation is needed. The Indra Sawhney vs Union of India judgment (1993) states that total reservation should not exceed 50 per cent generally but in extraordinary cases it may. So when the government introduced 10 per cent reservation for the Economically Weaker Sections (EWS), I filed a writ petition in the Supreme Court saying that this would take the total reservation to above 50 per cent and go against the merit-informed basic structure of the Constitution, especially because there was no survey done on the EWS to prove that this was indeed an extraordinary case, making the EWS quota prone to manipulation and misuse by the affluent and the middle class.

Coming back to the Andhra Pradesh government’s order of reserving all teaching positions in its Scheduled Areas for the Scheduled Tribes, the Supreme Court struck it down citing the Indra Sawhney vs Union of India judgment which set the cap for reservations at 50 per cent and because the order is not in consonance with the idea of merit that informs the basic structure of the Constitution.

The need for categorization of all quotas

The judgment has gone beyond the scope of the petition. The judges have stated that among the SCs too, the affluent are getting reservations, the downtrodden and the poor are not, hence there should be a categorization of the SCs. Even in the Central OBC list, there is no categorization. The poor OBC castes are not enjoying the fruits of reservation. So when I proposed the categorization of OBCs in my petition against the EWS quota, Union Minister of Social Justice and Empowerment Thawar Chand Gehlot’s reaction was: “You are raising a ticklish question. My people will find fault with me. They will demand categorization of SCs and STs, too.” Yes, there should be categorization of SCs and STs, too, but this should not affect the total reservation assigned to either category. The poorest in a category should get the priority while being considered for reservation, but under no circumstances should the seats and positions assigned to a particular reserved category be passed on to the open category or other reserved categories. Even among the SCs, the poor man’s son cannot compete with the son of an IAS or IPS officer or a rich man. For a long time it was very hard for me to convince the members of the reserved categories of this reality. But I have been very firm in my conviction.

What is happening today is that due to the economic criteria being used to determine eligibility for OBC reservation (“non-creamy layer”), many positions assigned to the OBCs are not being given to them. For example, children of OBC elementary school teachers are denied reservation in recruitment to Group A and Group B central government positions because they fall outside a certain income bracket. The application of the “creamy layer” rule in this manner, paying no heed to the recommendations made in 1993 by the expert committee headed by Justice Ram Nandan Prasad, has led to only 15 per cent of these positions being occupied by the OBCs, instead of their rightful 27 per cent.

Even in the case of the SCs, it is imperative that only SCs get all the seats and positions reserved for them but the order of preference should be the economically weakest first and economically strongest last. Only then reservation will be justified. Most SCs are still deprived of education, let alone quality education and decent facilities. How will they be able to compete with the son of an SC IAS officer? Similarly among the OBCs, the nomadic people, the daily-wage workers, rickshaw pullers – how will they compete with the rich OBCs? Therefore, categorization of SCs and STs is necessary.

The Meenas of Rajasthan, classified as STs, have taken a chunk of the ST quota in the IAS and IPS, Group A and Group B posts. Those Meenas don’t even deserve to be considered OBCs. The Bhil Meenas, the Meenas who stay in the forest areas, are the real tribals. The urban Meenas are affluent and they have never suffered the aloofness of the administration that the other Adivasis have. Similarly among the SCs, the situation is such that if the father was an IAS, the son is an IAS and the grandson is an IAS, but what happens to the poor SCs? This is true of the MPs elected from reserved constituencies, too. Hence, I fully agree with the Supreme Court’s observation that among the SCs and STs only the rich have so far benefited from reservations and that now the poorest among them should also benefit.

The need for a caste census

When I was the chairman of the National Commission for Backward Classes, I met Prime Minister Narendra Modi, his principal secretary, Nripendra Mishra, and the ruling Bharatiya Janata Party then president Amit Shah and emphatically demanded a caste census to determine who is poor and who is rich and make that the basis of granting reservation to the most deserving people. Earlier, in 2011, the government spent Rs 200 crores to carry out a caste census but didn’t publish it. The government was worried because the proportion of SC, ST and OBC in the population had shown an increase, which if made public would lead to demands for increasing reservations.

Once a caste census is carried out, reserved categories are entitled to reservations in proportion to their population even if it is, say, 88 per cent. But the Andhra Pradesh government had provided 100 per cent reservation to Scheduled Tribes. That is why it completely went against the idea of merit in the Constitution. The government didn’t set aside any seats for the resident SCs and OBCs. I am not asking for the 50 per cent cap to be adhered to here. In Scheduled Areas, the Scheduled Tribes are entitled to reservation in proportion to their population even if it is above 50 per cent, because the Supreme Court has made such a provision for extraordinary situations.

Take the central secretariat today – it does not have a single OBC secretary. Everyone in the Prime Minister’s Office is a Brahmin, a Baniya or a Kshatriya. It is as if only they are capable of running this country. Our people, SCs, STs and OBCs, are deaf and dumb. They toe the line of the upper castes. A democracy is of the people, by the people, for the people. In other words it should be representative. But the reality is that our SC, ST or OBC representative is not independent; he is a tool in the hands of the party. He cannot air the grievances of his own people in Parliament. No OBC representative will stand up for the OBC students who have been denied reservation by the central government in the 50 per cent All-India quota seats in postgraduate medical courses. It is the central government that assigns these seats to the candidates who pass the National Eligibility cum Entrance Test (NEET). The only glimmer of hope these students have is the awaited Supreme Court verdict on the writ petition I have filed against this gross usurpation of rights. The upper castes don’t need to worry though. Their representatives, who crowd the central government offices, have made sure that 10 per cent EWS reservation is available to them even if they don’t get the “open” category seats.

(As told to Anil Varghese) 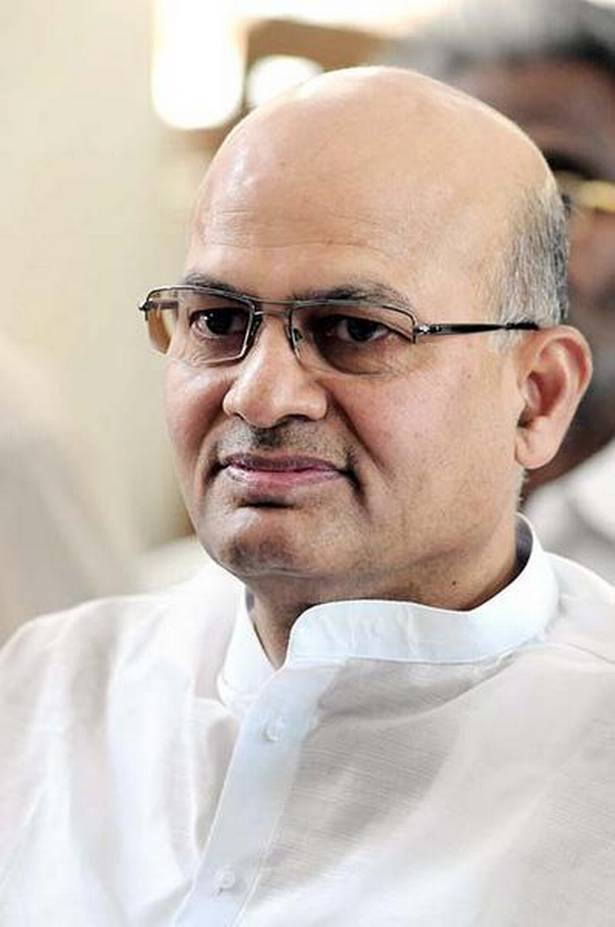 V. Eshwaraiah is a former chairperson of the National Commission for Backward Classes and a former chief justice of the Andhra Pradesh High Court.