It was the last week of the year 2016. People were busy making preparations to usher in the New Year when news of a major mishap in the Bhoray mines of Lalmatia colliery in the Santhal Pargana area of Jharkhand came in. Eastern Coalfields Limited, a subsidiary of Coal India Limited, had contracted out the opencast mining of coal in Godda district, to a private company. Several labourers were trapped when the mines caved in. The then chief minister, Raghubar Das, dispatched a team of officials to the accident site. A National Disaster Response Force (NDRF) team began digging up the rubble to locate the buried dead bodies. The work was stopped after recovering bodies of 18 workmen.

However, the labourers working at the site complained that some of their colleagues were still missing. This prompted the opposition Congress to seek a CBI probe into the incident. The then BJP government did not accede to the demand and with time, everything was forgotten. The residents of Lohandiya, a nearby village, enumerated the problems they were facing due to the mines. Many disputes related to payment of compensation to the displaced people also came to the fore. But that is where it ended – it is no longer being talked about.

Coal India’s subsidiaries are still extracting coal from the mines in Jharkhand. Now and then, local journalists file reports from remote villages about oustees still awaiting compensation. These reports are carried on the inner pages of newspapers and hardly cause a ripple. This is the state of affairs when Coal India, a Government of India undertaking, is handling the mining. The oustees of different mining projects in the coal belt, which extends from Dhanbad to Ranchi, have kept agitating under the aegis of the scores of “sangharsh samitis” (movement committees) they have formed. But their protests do not get reported even in Ranchi newspapers, let alone in those published from Delhi.

A coal mine operated by Bharat Coking Coal Limited (BCCL)

These are old stories and you may consider them stereotypes. But they are needed to understand the opposition to commercial mining of coal. Let us now talk about the present.

Some time ago, Prime Minister Narendra Modi lamented that despite being one of the top coal-producing countries in the world, India was importing coal instead of exporting it. He said this should change. The prime minister announced that the government would soon lease out coal blocks to private and foreign companies so that India can tap its vast subterranean deposits of coal and become a coal exporter. The announcement won applause from the business world. Clips of his speech at a video conference were extensively shared and implications of the move began to be discussed. Graphical representations of what India turning into a coal exporter would entail began doing the rounds. Most of those gushing about the move did not understand the basics of coal mining. The prime minister’s announcement was described as “historic” – a decision that would strengthen the Indian economy and put an end to coal scams. Those who expressed their reservations were promptly branded as anti-nationals. Chief Ministers of BJP-ruled states, most of which do not have coal deposits, welcomed the decision and TV channels couldn’t hide their excitement. But the chief ministers of Jharkhand and Chhattisgarh opposed the decision. The Government of Chhattisgarh wrote to the Centre opposing auctioning of mines located in dense forests. The Jharkhand government filed a petition in the Supreme Court, challenging the decision. The petition is yet to be taken up by the Court. The governments of coal-rich states said that the decision would benefit neither the people nor the environment. The only gainers would be industrial conglomerates, the interests of which the government of India was promoting.

Jharkhand chief minister Hemant Soren said that with numerous cases pertaining to mining-project oustees still pending, the decision to bring mine new areas would spell disaster for the Adivasis and other forest dwellers. Additionally, trees would be felled, creating environmental problems. He said that India has a federal system of governance, yet the Union Government did not seek the opinion of the states concerned before announcing such a major decision. The decision, he said, was unilateral and wrong and that was why the state government had decided to challenge it in the Supreme Court. “When the country is the midst of a challenging battle against coronavirus, what is the urgency of taking this decision?”, he asked. He also noted that given the present economic environment, coal mines would not fetch the right price in auctions.

Advocate Tapesh Kumar Singh, who has filed the writ petition challenging the decision on behalf of the Jharkhand Government, said that the decision to auction coal blocks was illegal because the validity of the Mineral Law Amendment Act 2020 had expired on 14 May and social and environmental surveys, which should precede such a decision, had not been conducted. Hence, the top court should intervene in the matter. Independent MLA Sarju Rai, who was a minister in the Raghubar Das Government, backed the chief minister on the issue. BJP leader and former chief minister Babulal Marandi demanded the convening of an all-party meeting. Sudesh Mahto, chief of the All Jharkhand Students’ Union (AJSU) Party, said that the state government had every right to make its point but it should not have approached the court. Political barbs are still flying thick and fast on the issue.

Labour unions representing coal miners called for a three-day strike from July 2-4 to oppose the decision. Centre of Indian Trade Unions (CITU) General Secretary Prakash Viplav supported the Jharkhand government’s decision to move the Supreme Court. He said that the battle to protect national assets of Jal-Jangal-Jameen (Water, Forest, Land) had entered a new phase. “We would mount massive protests and force the government to reconsider its decision. Corporate czars may run political parties but they cannot be allowed to run the country,” he said. Clearly, the decision has evoked widespread condemnation and the opposition to it will only grow in the times to come.

Supriyo Bhattacharya, national general secretary of Jharkhand Mukti Morcha (JMM), the ruling party of the state, said at a media conference in Ranchi that its government had already launched a legal battle against the decision and if needed, they would mobilize the people against it.

Of the 41 coalblocks identified by the Centre for auction, nine are in Jharkhand. However, according to the Jharkhand government, the move would impact 22 coal blocks in the state, most of which are located deep inside dense forests. Hundreds of trees would have to be felled before mining can begin in these areas. According to the Union Ministry of Coal, the 41 identified mines would produce 22 million tonnes of coal by 2025-26, which would be 15 per cent of the total coal production in the country and bring in more money into the Mines and Minerals Fund of the states concerned. However, the Bharatiya Janata Party (BJP) is not interested in revealing how this fund was put to use during its rule with Raghubar Das as chief minister and how many pending cases of displaced persons were resolved.

Jharkhand Janadhikar Mahasabha (JJM) said that the decision to allow commercial mining of coal had bared the pro-capitalist face of the central government. JJM observed that it was ironic that the Indian government was touting it as a step towards building Atmanirbhar Bharat (Self-Reliant India) when, in reality, it would deprive farmers and gram panchayats of their rights over their land and would open the natural resources to a corporate loot. Hence, JJM said, this decision needed to be stiffly opposed. Besides, JJM added, the decision was violative of many rules, laws and of Constitutional provisions which give the right of self-rule (self-reliance) to the poor, the Adivasis and other marginalized communities.

JJM said that Panchayats (Extension to Scheduled Areas) Act or PESA and the provisions of the Fifth Schedule of the Constitution stipulated that the gram sabha (village council) would be the primary body to take decisions about the village. In the Samta case, the Supreme Court has ruled that only Adivasis have the right to mine their lands. The Justice R.M. Lodha bench of the Supreme Court, in a historic verdict in 2013, has clearly said that the mineral wealth under a piece of land belongs to the owner of the land. The Forest Rights Act defines forests as the community property of the gram sabha. But the Government of India did not bother to involve the gram sabhas when it took a decision on the commercial mining of coal.

Justice demands that the Government of India should address these issues before going ahead with its decision. But whether it will do it is the million-dollar question. 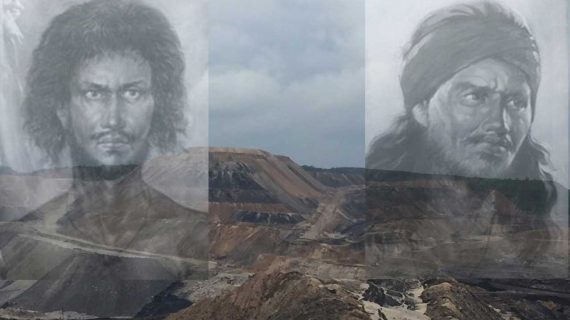 Hul to Ulgulan: Locating Adivasi revolts in the history of Indian forest laws

Adivasi revolts of the 18th and the 19th centuries were the response to a progressive alienation of their land and forests by the State through enactment of laws and use of force. Today, there are laws to stop this continuing uprooting of people but only on paper, writes Goldy M. George 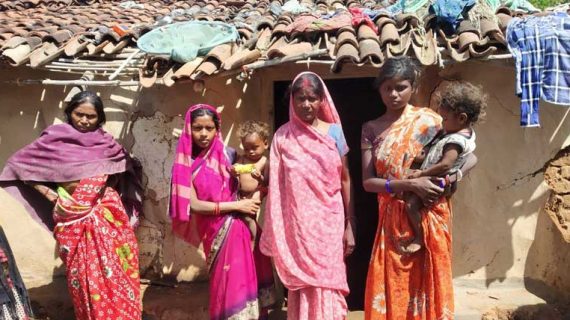 Hunger Deaths: 100 per cent reservation for Adivasis, Dalits and OBCs? 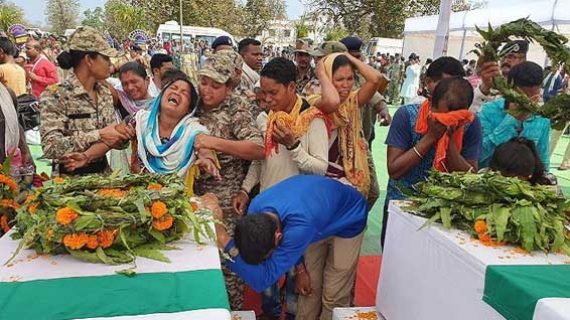