“No caste, no religion and no god; but ethics, ethics and ethics; most appropriately and accordingly”
– Sahodaran Ayyappan

In the late 1920s, at a meeting of Sri Narayana Guru’s movement, in Tirunkakkara in Kottayam, Kerala, Madan Mohan Malaviya, the founder of the Hindu Mahasabha, shouted “Jai Shri Ram”. K. Ayyappan, a young leader and a leading disciple of the guru, and his friends rejected the slogan then and there, arguing that Ram, who killed Sambuka, the Sudra sage, could not be their leader, Lord or God and that they would prefer the the reign of Ravan to Ramraj, the reign of caste atrocities. His renowned guru, an Avarna sage, had already proclaimed in 1914 that if it was in the time of Rama, “I would have met the fate of Sambuka because the Hindus rule by the Smrutis and therefore it is the British who gave us [the Avarnas or dalitbahujans, minorities and women] the right to education and sagehood or Sanyasam.” Narayana Guru (1856-1928) had also said that the British rule had benefited the common people who had earlier been excluded and persecuted as part of the caste system. He also appealed to everyone to embrace modernity and the English language (as opposed to the recently announced National Education Policy 2020 whose aim seems to be bringing back Sanskrit and Hindi at the expense of English in the guise of promoting regional languages).

It was Narayana Guru and K. Ayyappan, who warned us in the early 20th century about the Hindu gods who committed murders. In Jeevakarunya Panchakam, five verses on mercy and compassion for life, the guru wrote clearly that a killer has no virtue, however efficient or influential he is. He also minced no words when he said a murderer is crueller than a carnivorous animal.

After visiting Narayana Guru in Varkala, Gandhi was felicitated at Palluruty in Kochi. That is when K. Ayyappan confronted him about Krishna, asking how someone who was a serial killer, with his own uncle and many other demonized opponents among his victims, be god. Gandhi had remained silent on these ethical issues. 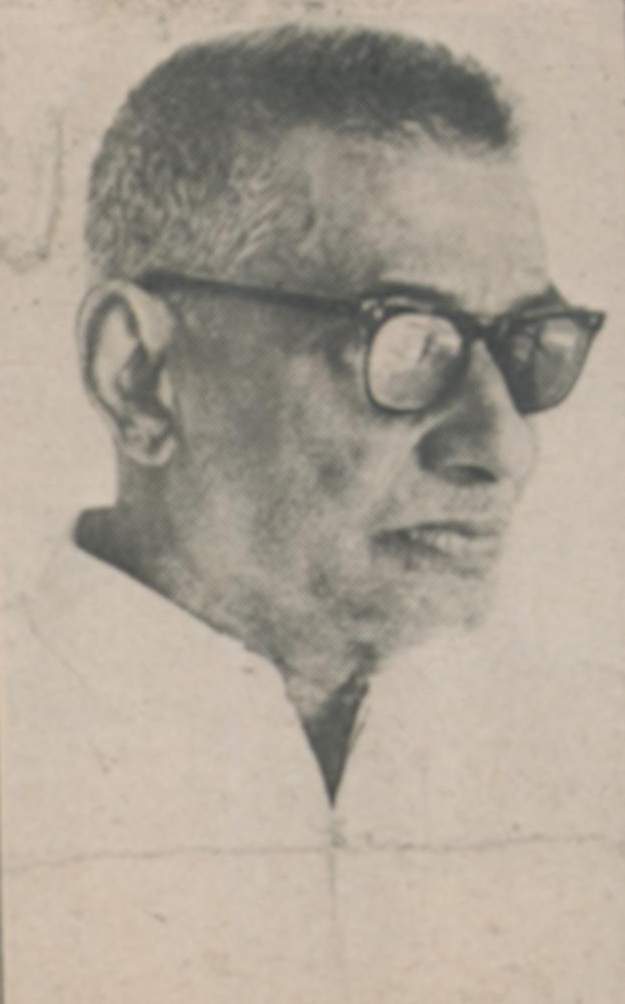 When social justice and ethics at large are in peril, when caste killings and caste walls resurface in Kerala, we remember Sahodaran K. Ayyappan and his guru who democratized and humanized the public sphere almost a century ago. “Sahodaran” means “brother”, the title given to one of the greatest social reformers of 20th-century Kerala who designed and built its modernity. The very name signifies the organic human fraternity and egalitarian worldview articulated by the life and works of K. Ayyappan. He, an Ezhava, annihilated caste purity and pollution through his historic 1917 inter-caste dining with his Dalit brethren at Cherai in Kochi.

When we talk about Sahodaran today we talk about not just a person but about a movement that transformed Kerala society, polity, epistemology and culture forever and for the better. In the comprehensive and collective sense, “Sahodaran” is not a single individual but histories or heterologies in this part of the world and location of culture. In the greater sense he stands for most of the changes and transformations that took place in early and mid-20th century Kerala. Sahodaran signifies the intellectual, critical and creative consciousness and the ever-refreshing reformist social energy of Kerala that emerged through his guru. He represents the inclusive, counter-hegemonic and polyphonic cultural resistance of the people of Kerala. He was the inspiration behind the advancement of Kerala into a small but significant linguistic culture, a civil society and a community of creative, sensitive and struggling people. When we talk about Sahodaran we talk about cultural dynamism and the radical legacy of democratic cultural politics in Kerala. When we say “Sahodaran” we say “cheers” to the democracy of the future.

K. Ayyappan is now aptly recognized as one of the major cultural architects of modern Kerala. He was an organic and dynamic intellectual who left lasting imprints in the culture, polity and society with his integrity of character and plurality of praxis. He was a poet, an essayist, a journalist, a social thinker, an orator, a community leader, a committed politician and an untiring activist against caste and other social evils. He went on to become an ardent representative of people in the Cochin Legislative Council  and in the post-Independence Travancore-Cochin Legislative Assembly and a minister in both the Cochin State and post-Independence Travancore-Cochin State, which was the Kerala state’s predecessor.  His key contributions in the field of representational and participatory democracy, social transformation and cultural politics haven’t been forgotten. 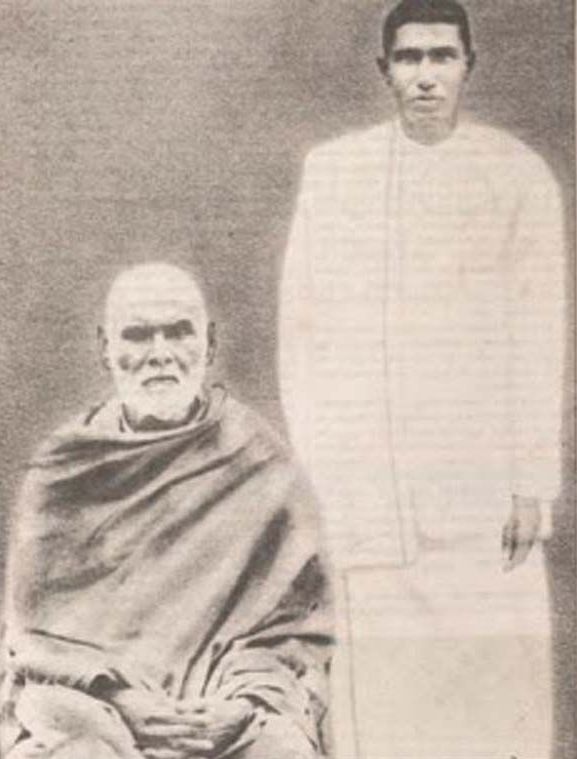 K. Ayyappan founded the Sahodara Sangham (1917), a radical brotherhood cutting across caste barriers for humanist, sociopolitical intervention and launched and edited its journal Sahodaran. He was also instrumental in the setting up of Kerala’s first rationalist society, Yuktivada Sangham, in 1935.

Sahodaran edited the journal Yuktivadi (‘The Rationalist’) from 1929 onwards. His editorials, essays and poems are exceptional classics in the respective fields. It was he who set the standards and style of Malayalam prose and journalism. He developed rational prose and lucid and sensitive verse for the modern, democratic era in Malayalam.

His writings mark a radical shift in idiom and sensibility – from the old decadent and Sanskritic Savarna literariness to a clear, simple expression that suits the humanistic, democratic and dynamic age. His mode of writing and his messages and themes are still relevant and are increasingly read and reinterpreted by both the common man engaged in struggles and the discerning intellectual.

Sahodaran’s legacy is evident in the cultural and literary spheres of Kerala today. The excluded and marginalized sections of society like women, Dalits, Adivasis and other contested minor groups are actively intervening in cultural politics and representations. When Hindutva fascism and its cultural nationalism strike, we turn to the anti-caste, secular and democratic legacies of Sahodaranism for refuge. Sahodaran familiarized the people of Kerala with Ambedkar’s social democracy and the (Russian) October Revolution. He always stood for social justice and truth, which we need to save our Constitution and the nation today. 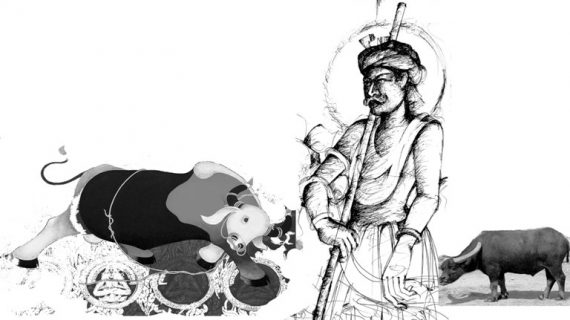 What explains the increasing fascination for Mahishasur and other Asurs? Is it enough to dismiss this phenomenon by arguing that mythology is not history? Or that folklore cannot tell us about our past? 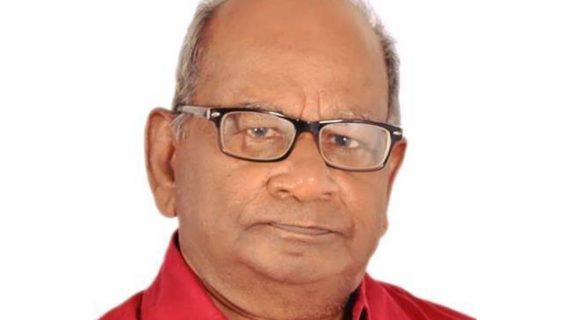 Senior journalist Rajkishore is no more

Rajkishore, 71, was undergoing treatment for lung infection at AIIMS. He passed away this morning.

In India, the curiosity about a fellow Indian’s caste

According to P.S. Krishnan, Indians believe that it’s not possible for anyone to be caste-free. He recounts here how everyone, including a union minister and bureaucrats, wanted to know the caste he was born into