On 7 September, students of Ambedkar University, Delhi, gathered in front of the Kashmere Gate campus to protest against the sudden withdrawal of tuition fee waivers for Scheduled Castes (SC), Scheduled Tribes (ST), and Persons with Disabilities (PwD). The waiver, which has been in place since 2016, was crucial for educationally empowering the marginalized students. However, it was not only the cancellation of waivers that led to the protest, but also the way in which the students received the information – not from the university administration but from the media.

Ambedkar University was established through an Act of the Delhi Assembly, passed in 2007 and notified in 2008. The lieutenant governor of Delhi is its chancellor. The university claims that first among its values is “Excellence with equity and social justice”.

The issue first came to light when an SC student, selected for the university’s MBA programme, was charged the full fee. Her sister, Preeti Koli, now a PhD scholar at the university, had got the waiver, and she obviously expected to benefit from the same provision.

Preeti maintains that full fee waiver for these categories are a major feature of the university. She says, “It is one of the few Indian universities that provide 100 per cent fee exemption to SC/ST/PwD students. The full fee waiver policy was implemented in 2016 inspired by the ideals of Dr Babasaheb Ambedkar … Its withdrawal is going to adversely affect the already marginalized sections of the society.”

Preeti adds: “ There is an underrepresentation of Dalitbahujan students in higher education which remains a dream for many girls hailing from the marginalized sections. The full fee waiver policy of Ambedkar University had made it possible for many students to pursue higher education. Many girls like me are first-generation scholars from their families.”

It is noteworthy that the Aam Aadmi Party’s Delhi government, which was in agreement with the decision to grant fee waivers back in 2016, is in power even today but seems to be backing the move to do away with the waivers. 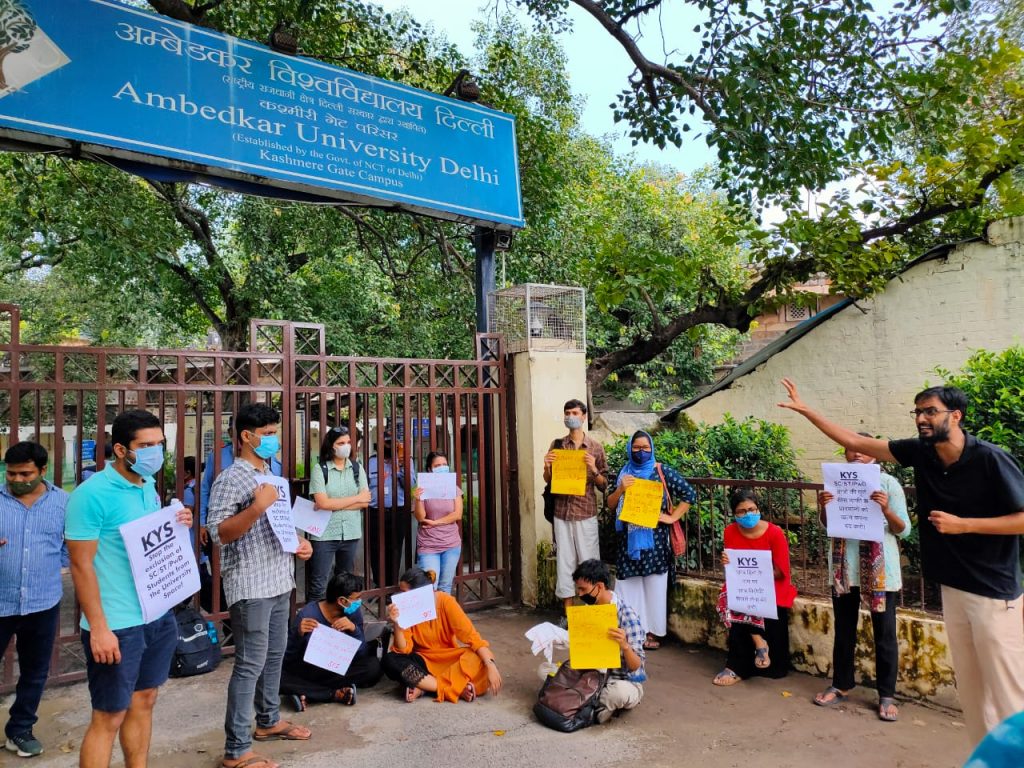 The AUD student council’s treasurer, Shubhodeep Dey, says, “GNCTD [Government of National Capital Territory of Delhi] rules for welfare programmes prescribe minimum provisions and no university under its jurisdiction can deny them to the intended beneficiaries. However, autonomous institutions like AUD can always go beyond them. In other words, AUD is empowered to lay down its own fee policy. In fact, the Act [under which the university was established] has a clause which says that SC and ST students must be provided for uniquely in AUD. The panel that introduced full fee waiver for SC, ST and PwD students in 2016 saw it as a policy for social correction: upper castes who can pay the full fee would do so, those who couldn’t, wouldn’t be required to. The panel saw the full fee exemption for SC, ST, and PwD students to be in line with the vision of the AAP government, and also of course, the Indian Constitution. So, now in 2020, when the same party is in power, it’s hard for us to believe that the cue to review the current policy came, as the administration is suggesting, from the Delhi government.”

The policy change is going to directly impact marginalized students who have to battle many odds to get an university education. Bharti, a masters student at AUD who also belongs to the SC category, says, “Due to Covid-19 pandemic, online classes are being held and the students who do not have proper resources to access these classes are suffering. In my village in Haryana there is no electricity from 6am to 2pm. I do not have a laptop and there are internet connectivity issues. Most Dalitbahujan students are facing these problems. This is systemic discrimination.”

On being asked how the university administration reacted to the protests, she says, “The administration didn’t allow the students to enter the campus. Eventually a few representatives from the AUD students council were allowed, while the rest waited outside. There has been no assurance from the university about restoring fee waiver . This move is part of the larger hostility towards the marginalized sections of society. ”

The Ambedkar University Delhi Faculty Association (AUDFA) has written to the University’s Board of Management drawing its attention to the AUD’s vision of “equity with excellence”, in line with Dr Ambedkar’s ideals. The letter also says that the policy of fee waiver was adopted with the consent of the Board in 2016, and it can be done away only by the board.

Rohini Banerjee is a freelance journalist who has worked for the Times of India and Deccan Herald. She has a masters in Journalism from Symbiosis Institute of Media and Communication (SIMC), Pune 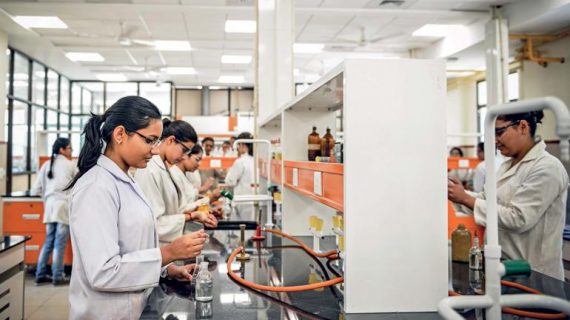