Muslims, who form about 17 per cent of the population of Bihar, are not at all in two minds as far as the upcoming Assembly elections in the state are concerned. This is true of both the Ashrafs and the Pasmandas. They don’t hesitate for a moment before articulating their demands and expectations. Importantly, the Muslims of Bihar are no longer tied to the traditional issues like promotion of Urdu, establishment of more madrasas, building of boundary walls around burial grounds, protecting Waqf properties and so on. They are keen on protecting their Constitutional rights and securing a fair representation in the corridors of power. Livelihood, education, health, transparent and accountable governance and development are also major election issues for them – just like they are for the members of other religious communities.

Hasan Abad, 30, lives in Punjabi Colony, Samastipur. He is pursuing an MEd course after completing his MA in English Literature. He says: “Muslims have no special or distinct issues. Their problems are the same as those of the other communities. The power supply and drinking water situation in the state is much better than earlier and the condition of roads has also improved to some extent. But growing unemployment, migration of labourers and the falling educational standards are of deep concern for everyone.” Most of the Muslims youth share Abad’s concerns. They want industries to come up in Bihar so that they can get employment in their state and do not have to move out in search of jobs.

Shagufta Parveen, a BA student from Chakia in the West Champaran district, will be voting for the first time. “Security of women and education are the key issues in these elections. All the parties should make their stand clear on the twin issues,” she says. Other girls residing in the locality think along similar lines. However, both the issues are missing from the canvassing. Neither leaders nor voters have been raising these issues. Muslim housewives rarely discuss elections. They have no personal choices. Who they will vote for is decided by the choice of the head of the family. But, yes, they do make it a point to cast their votes.”

Mohammed Shoaib of Sonbarsa village in Muzaffarpur district is a graduate. He used to work as a driver in the Middle East. Shoaib says, “Peace and harmony are most important. And if one can get two square meals a day in one’s own state, nothing like it.”

Let alone jobs, banks do not even give us loans

Iqbal Ahmed, who runs his own business at Phulwari Sharif in Patna, says, “You see, employment and development are not issues for us. Ours is a community of puncture-menders, autorickshaw drivers and biryani sellers. Who will give jobs to our young? Our BTech and MBA youngsters are forced to set up Biryani stalls and sell gamchas for Rs 100 a piece on the footpaths of Patna. We don’t even get loans for starting our business. Banks demand so many documents that it is impossible to arrange them.” He adds, “These are difficult times. Better enhance your share in power and stand by those who can help you stave off the threat to your existence.”

In Begusarai, Chand Ali believes that the National Register of Citizens (NRC) is the most important issue for the Muslims in these elections. In his view, issues like unemployment, health and education are of little consequence. The talk of NRC has inculcated a fear of the unknown in the minds of the elderly. That they are upset and anxiety is writ large on their faces. Chand Ali says, “I don’t know what will happen? I don’t know what the governments will do. We want a government which holds a different view on this issue.”

Angry with the JDU

The Muslims of the state are unhappy with the Janata Dal United (JDU) for siding with the central government in Parliament on issues like NRC, triple talaq, Babri Masjid and Article 370. They will support the parties that are committed to protecting India’s Constitution, its secular character, Constitutional bodies and their basic rights. Parallel to the protest at Shaheen Bagh in Delhi against the Citizenship Amendment Act (CAA) and NRC, similar protests were held in Patna, Muzaffarpur, Darbhanga and Begusarai districts with the participation of large numbers of women. Educated Muslim women are acutely aware of what the CAA may entail for the community. The community believes that the Nitish Kumar government has by and large done a good job but they complain that its policy with respect to the Muslims is not clear. Most of the Muslims praise the welfare schemes launched by the National Democratic Alliance (NDA) government of the state but are disappointed that enough was not done to remove the impediments in the path of the execution of these schemes.

Not enthused about Owaisi

Muslims also complain that parties do not field Muslim candidates in proportion to their population. When Kurmis, who form four per cent of the population and Kushwahas, who are around six per cent, can stake their claim to power, why and how are Muslims, who are 17 per cent, being ignored? Their grievance is valid. Muslims are 20 per cent of the population in 38 Assembly constituencies and there are 60 seats in which they are in a position to decisively influence the poll outcome. That is why Owaisi’s party, the All India Majlis-e-Ittehad-ul-Muslimeen (AIMIM), has fielded its candidates in 50 constituencies, including those in the four Muslim-dominated districts of Seemanchal. However, Muslim voters are not very enthusiastic about the AIMIM.

When asked about the problems of the Muslim community and how it can increase its share in power, Professor Firoz Mansuri, chairman of the Indian Muslim Research Foundation, says, “The purported problems of the Muslim community are a big sham. These problems are foisted on the Muslims as part of a conspiracy. The Ulema and the politicos want to keep the Muslims busy talking about triple talaq, Babri Masjid, Kashmir, NRC, mob lynching and other similar issues. Their real problem is the lack of a strong and capable leadership. In the 72 years of independent India, the community hasn’t been able to find a single genuine leader. The Muslims will be condemned to the margins of politics unless they break free from the mental slavery of the mullahs,” he says.

The Muslims often get divided into the Forwards and the Backwards on the issue of leadership. Almost 85 per cent of the Muslims come from the backward classes whereas their leadership has always been in the hands of the Forwards. Ansaris are the biggest OBC community among the Muslims. If any of the Muslims get representation in any political grouping or government, it is the Ansaris. Raens, Mansuris and Darjis also have a substantial population but their representation in politics is zero.

Riyazuddin, a Patna-based social activist who works among the backward Muslims, says the top political leadership of the state and the leaders of the forward Muslims are responsible for this state of affairs. He asks why dozens of organizations like the Muslim Personal Law Board, Ulema-e-Hindi, Imarat-e-Sharia, Milli Council and Jamait-e-Islami, which claim to be working in the interest of the Muslims, haven’t paid attention to the economic, social, educational and political backwardness of the Muslims all these years.

Dr Ayyub Raen Riyazuddin, convener of the Dalit Muslim Samaj and an expert on backward Muslims,  says that some OBC Muslim castes are in dire straits. They are deprived of even the basic facilities. He says the government should add them to the list of Dalit communities: “When Hindu Dhobhis, Nats, Backhos, Mehtars and Pasis are considered Dalits, then why are their Muslim counterparts not placed in the same category?” He says the government should change the rules and give them a fair deal, and the Muslims should get a proportionate share in power. He notes that even the Sachar Committee said that some Muslim communities are worse off than the (“Hindu”) Dalits and reservations should be provided to them.

In upcoming elections, the RJD has fielded two backward Muslims and of the JDU’s 11 Muslim candidates, almost half come from the OBCs. In the recent past, the JDU has sent Ali Anwar, Dr Ejaz Ali and Kahkashan Perween – all OBC Muslims – to the Rajya Sabha. Retired professor Muinuddin Ansari says that internal divisions have been the bane of the Muslim community but that this time, they will fight unitedly for their rights. Before the the parties announced their candidates, a clutch of Muslim social and religious organizations had issued a “People’s Manifesto” from Patna, urging all political parties to ensure that their candidates have a clean image. The manifesto said that the biggest challenge today is saving democratic institutions and protecting secularism. The Muslims fear losing their citizenship. Ansari says all political parties should oppose any attempt to reduce the Muslims to the status of second-class citizens. 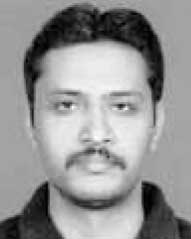