In his paper published in the Economic and Political Weekly in October 2007 titled “Social Exclusion, Resistance and Deras: Exploring the myth of Casteless Sikh Society in Punjab”, Ronki Ram, professor of Political Science in Panjab University, concludes by distinguishing social exclusion in Punjab from the brahmanical caste hierarchy practised elsewhere in India. He writes, “The Dalit Sikhs find that they are still considered as ‘other’. The domination of Jat Sikhs, however, does not compare at all with the graded system of brahminical caste hierarchy. They became dominant because of their ‘patient vigorous labour’ as cultivator par excellence, caste homogeneity, martial status, control over the land, numerical preponderance in the Sikh community, and their hold over the power structures in the state. Dalits, equally sturdy and hard-working as well as numerically quite close to the proportion of the jat Sikhs in the state, continue to face social exclusion in spite of their conversion to Sikhism and relative improvement in their economic conditions.”

The phrase ‘patient vigorous labour’ is key here. After all, Jats themselves were Shudras, and therefore one of the productive castes. Hence, there is dignity of labour in Punjab even among the landed class unlike the glory in parasitism in brahmanical caste order. Here, the one who labours is entitled to the fruits of their labour, too, unlike the age-old practice of the upper castes enjoying the fruits of the labour of the lowered castes. The Minimum Support Price (MSP) has come to signify that dignity of labour, which the central government in Delhi is unable to grasp, or rather unwilling to preserve. This is a clash of philosophies: Egalitarianism of Sikhism and Raidas’ Bhakti movement vs hierarchical, anti-labour, parasitism of Brahmanism. 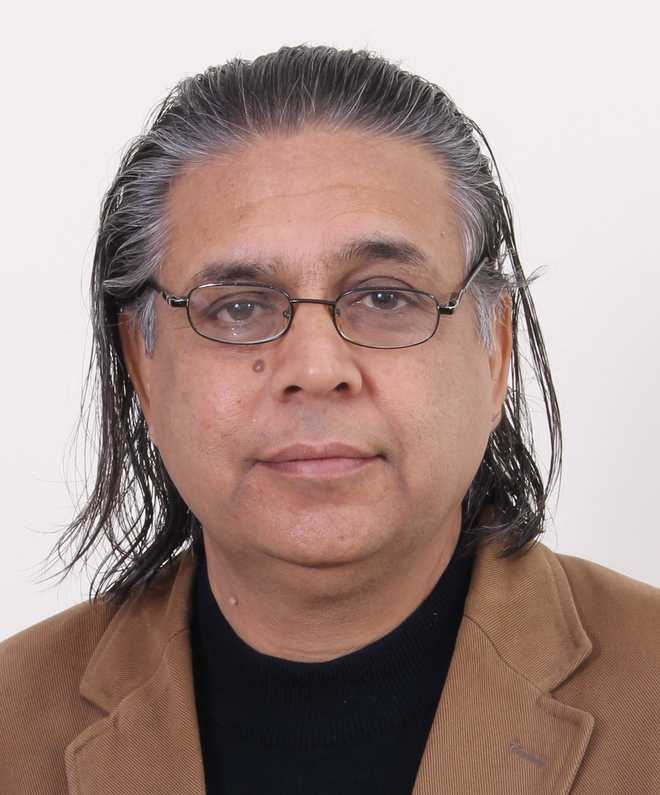 Despite the social exclusion that the Dalit Sikhs face, which Prof Ronki Ram talks about in his paper, they have joined the protests in the outskirts of Delhi against the three agriculture laws, which were enacted without any deliberation with the stakeholders, the farmers, and discussion in Parliament. The Zameen Prapti Sangharsh Samiti (ZPSC) is an organization of landless Dalits active in the Malwa region in Punjab fighting for their rights to work their own land. Some 500 activists of ZPSC are taking part in the protests across the Delhi border. While they take on the dominant landowning Jat Sikhs back in Punjab, they are on the same page with the Jat Sikhs when it comes to the central government’s farm laws. Gurmukh Singh, secretary, ZPSC, lists out how the Dalits will be affected by these new laws: “First, these Acts bring the Public Distribution System (PDS) to an end. In the villages, we won’t be able to get rice, etc, from the government. Second, the mandis provide people with jobs and those too will be no longer available. Third, the government-owned godowns like Food Corporation of India (FCI) godowns provide people with regular jobs in loading and unloading of grains (palledars) and now that will no longer be the case. Fourth, in the villages, Dalits and OBCs get 200 units of electricity free of cost, and this provision too will go. That is the reason why our people have joined the protests. We were involved earlier too but now there are about 500 of us taking part. We are from the three-four districts that ZPSC works in.”

While the dominant landowning Jat Sikhs form a third of the population, the mostly landless Dalits form another third of the population. The 30 per cent Dalit community own about 3 per cent of the land. Yet, today, what is at stake is much bigger. It is the agricultural economy, propped up by the MSPs, which has been thriving since the Green Revolution and has benefited the landless Dalits, too. Professor Ronki Ram says, “The Indira Gandhi government had considered Madhya Pradesh for what came to be called the Green Revolution but later zeroed in on Punjab in view of its hard-working people and abundance of water resources.” The growing of certain crops like paddy and wheat was incentivized by guaranteeing MSPs and a resource-intensive, high-yield cultivation ushered in. This brought prosperity to Punjab and both the Jat Sikhs and Dalit Sikhs, who diversified into other trades, became upwardly mobile and started emigrating to Europe and North America. There are still a considerable number among them who remain attached to agriculture. The Dalits may not own agricultural land but they till, weed and thresh and during the harvest season they earn enough grains to sustain them for an entire year. 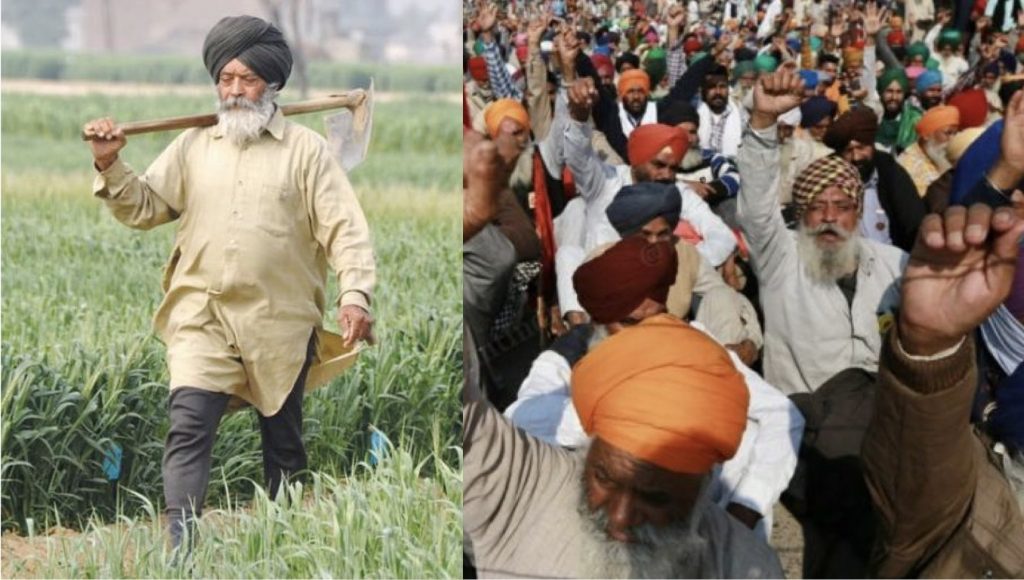 A Sikh farmer; A protest against the new farm laws

But the Green Revolution has taken its toll. The water table has plummeted and more and more fertilisers are now required to maintain the yield, making agriculture an increasingly expensive prospect. The state fed the rest of India and made India food self-sufficient, but in the process, as the Punjabis now feel, it was made to part with the cream and now the lassi remains. It’s at this juncture that the central government has decided to do away with the MSP.

The Jat Sikhs realize they cannot take on the central government on their own; they will need the support of the 30 per cent Dalit population. And Dalits know they have much to lose without the MSP. Together, they have to get a government schooled in Brahmanism to understand that the one who labours is entitled to the fruits of their labour, too. 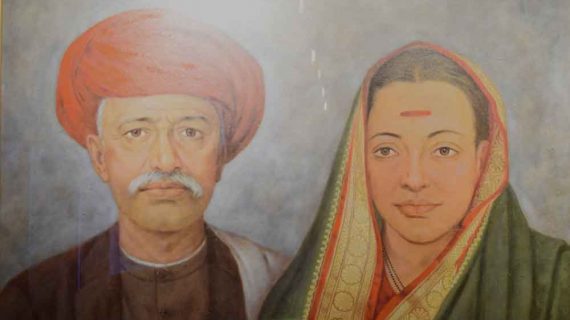 Jotirao saw that the way an educated mother could mould a child in wisdom and character, a thousand teachers or masters could not. Thus, he reasoned that as long the women – who made up half of the population –were deprived of education, India would not develop, writes Ram Surat