Those other than Dalit poets also figure in my personal collection of anthologies, and I find their work quite impressive. They include Pash, Gadar, Gorakh Pande, Varavara Rao, Gauhar Raza, Bhagwat Rawat, Alok Dhanwa and Anshu Malviya. Their expressions are distinct from the others. I have more than 100 collections of poems of four-dozen-odd such poets. Some of them are famous names such as Ashok Vajpayee, Kedarnath Singh, Arun Kamal, Kumar Vikal and Ritu Raj. But I am not adequately intellectually equipped to understand their poetry. Manglesh Dabral’s collection of poems, “Ham Jo Dekhte Hain”, also falls in this category.

Those who come from communities free from socio-economic problems, oppression, exploitation and persecution; communities which have never spilt their blood, never given sacrifices in their struggles against the system; communities whose members get social respect by virtue of their birth and enjoy it all their lives – I believe that if such people write stories or poems, they write along predictable lines, unless, of course, the struggles of the Dalits and the workers become their concerns. If they have settled in metros, leaving their villages behind, then villages, fields and barns, gardens and orchards, rivers and havelis frequently appear in their works. They repeatedly turn back to their roots, to their comforting past. But they do not talk about the ugly face of rural existence. Their villages are sanitized – free from Untouchables and the atrocities perpetrated on them.

Manglesh Dabral is one such poet. He hailed from Kafalpaani village in Tehri Garhwal. No wonder, mountains have a larger-than-life presence in his poems, which talk about local legends, mother, father, grandfather, rains and dreams. Doms also live in the mountains but they never drift into his poetry. How could they have? He had no connection with them.

Muktibodh had talked about the risks of honest self-expression – and he had taken those risks. Many other poets also took similar risks and paid the price for writing what they did. Varavara Rao described Shiv Sena as a “man-eating tiger” and paid for it. He was arrested and jailed in the past. He is again behind bars, punished for expressing himself. Manglesh Dabral did not take any such risks. He was associated with Jan-Sanskriti Manch – the literary-cultural platform of CPI-ML. His poems should have had an underlying anti-establishment tone; they should have been expressive of the Leftist resistance. We witness this in the writings of Varavara Rao, “I did not supply the bombs/ Nor ideas for that matter/ It was you who trod with iron heels/ Upon the anthill”. When Varavara Rao was emoting thus, Manglesh Dabral was confabulating with the moon. “As we are about to look at the moon, the sound of a dog barking somewhere nearby enters our ears …” Perhaps, he was being allegorical – let the dogs bark, for how does it affect the moon! 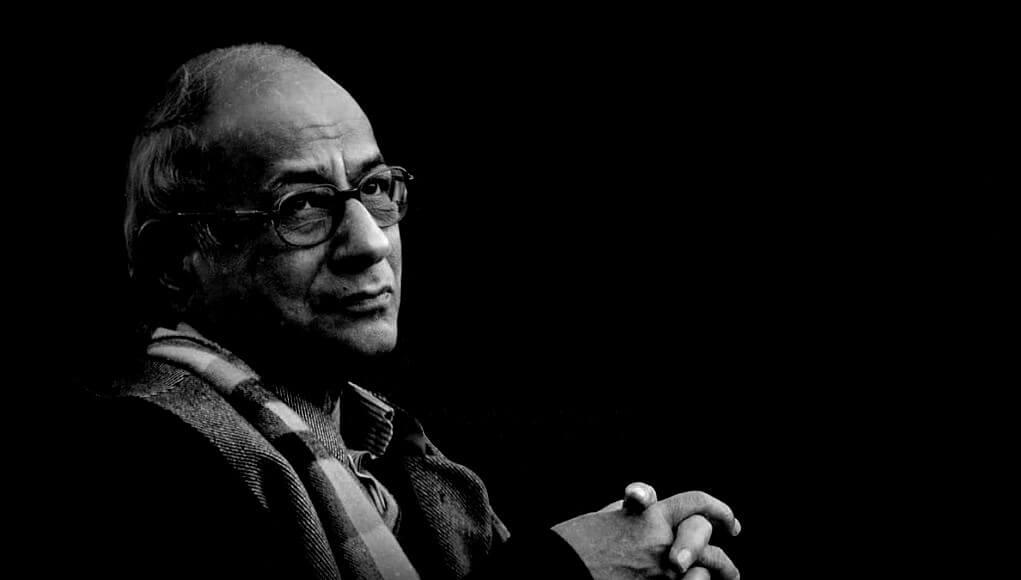 The words he picks to describe his degradation in the process of saving his livelihood betray his duality of purpose.

In the 1990s and beyond, the politics of Mandal and Kamandal dominated India. The Mandal Commission’s recommendations had been implemented and for the first time, the OBCs were going to get their Constitutional rights. The saffron brotherhood was like a cat on a hot tin roof. It took the wind out of the sails of the Mandal by co-opting the backward classes into the frenzied mob clamouring for the Ram temple. Dabral chose to remain mum on this mockery of democracy. In 1990, he was behind closed doors.

The Babri Masjid was torn down and with it crumbled the secular fabric of the Constitution. The day after this tragic incident Gauhar Raza wrote:

And what was Manglesh Dabral writing in 1992?

They broke this
They broke that
And said, now everything is broken
What next?
They said let us know if there is something new

This anthology includes ten poems written by Manglesh Dabral in 1992. But none of them is about the tragic incidents of that year. He was probably busy playing servant to retain his livelihood or maybe his Brahmin heart had taken on a saffron tinge. But the real question is what will a writer wallowing in comfort talk about? Such a poet can neither have any social concerns nor can he be sensitive to the happenings in the world around him. Most of Manglesh Dabral’s writings are of this nature.

Even middle-class families are not happiness incarnate. Many have to struggle to keep the body and the soul together. Dabral had a middle-class background and there were ups and downs in his life. But what would a poet do when “everything is going fine” in his life? Let us find out from Dabral.

When everything is going fine in life
One day I will suddenly get filled with thrill
I will be happy to get a small shade
I will walk barefoot in the sun
I will forget my umbrella when it is raining
I will not light a fire during winters.

One of his poems “Atyachari ke Praman” lists the traits that prove an oppressor’s innocence:

His doesn’t have long nails or teeth
His eyes are not bloodshot
Instead, a smile always dances on his face
He often invites us to his home
And extends his soft hand towards us
He is very surprised that people fear him

This may not always be untrue. But it is not always true either. It is not necessary that a person who keeps smiling is an oppressor. What is there in this poem that would strike a chord with us? Nothing.

In “Aisa Samay” he talks of the present times:

These are the times in which
Anyone can be blind, lame
Deaf, homeless or mad.

Closing your eyes to injustice, not raising your voice against it may be an age-old human trait. Such people always enjoy proximity to the powers that be. But can poetry be also blind, deaf and dumb?

Manglesh Dabral was definitely a sentimental poet, whose past nestled in the mountains, lived among his grandfather, father and mother and at his home. But living in the past is not good for a poet. Had he been free from his past, the present would have been more alive in his poetry. But the shadows of the past did not allow him to live in the present. 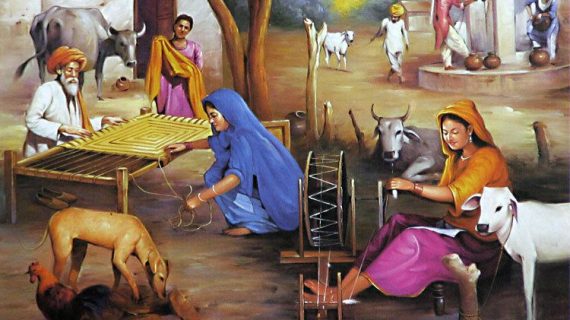 The message in ‘Godan’: Indian society revolves around the caste system

While rereading Premchand’s classic ‘Godan’, Siddharth observes that two works of different genres – ‘The Annihilation of Caste’ and ‘Godan’ – published in the same year, 1936, underlined the fact that the varna-caste system is the pivot of Indian society