Electioneering is in full swing in West Bengal. The state goes to the polls next month. The Bharatiya Janata Party (BJP) is vehemently playing the Hindutva card. The ruling Trinamool Congress (TMC) is also fighting a no-holds-barred battle to retain power. But the issues of the Dalitbahujans are nowhere in sight. Even as the Modi versus Mamata battle is raging, Dalit politics is neither here nor there. In fact, ever since Independence, Dalit politics here has always been on the margins.

Until 1977, the Congress party ruled West Bengal. During that period, no Dalit face was allowed to emerge in state politics. From 1977 to 2011, the Left Front ruled the state. During this period, many Dalit leaders joined politics, the tallest among whom was Kanti Biswas. However, the CPM, which led the Left Front, never let him become part of its central committee. The CPM wanted the Dalits to vote for it but was wary of giving them positions of authority in the party.

Atrocities against the Dalits were commonplace during the 34-year rule of the Left Front. But the Left did nothing substantive to curb them. As far as oppression of the Dalits was concerned, the Marxist-ruled Bengal was no different from other states. The Marxists claim that they take the Dalits, Adivasis and the Other Backward Classes (OBCs) along. But the claim is far from reality. It is often said that caste doesn’t matter in Bengal. But this claim does not agree with the fact that Dalit leadership was never allowed to rise in the state.

In 1992, Chuni Kotal, a Adivasi girl from the Lodha Shabar community, was forced to commit suicide. She was from Medinipur district. She completed her BA from Vidyasagar University and enrolled for an MA. However, she had a difficult time dealing with the narrow-minded Brahmin university administration and ended up taking her life. Her situation was similar to what Rohith Vemula, a student of Hyderabad Central University, would go on to face later.

Chuni’s case continues to be a blot on the image of the Left Front. It was not an isolated incident either. There must have been hundreds of such cases. They just did not come to light. Chuni’s case snowballed into a major issue because it was connected with an institution of higher learning. It is ample proof of the kind of problems Adivasis and the Dalits must have faced in entering the portals of educational institutions – from primary schools to the universities – and still do.

Today’s Paschim Medinipur district has a substantial population of Lodha Shabars while Purulia is home to a sizeable population of Khedia Shabars. The hegemonic belief is that both these communities are born criminals. During the Left rule in the state, both these communities were subjected to untold atrocities. Not too long ago, in the second decade of the 21st century, 11 homes of Loda Shabars were burnt down, killing 67 of them. But no action was taken against the criminals. In fact, the government patronized them. Suryakant Mishra, a minister in the Left Front government, who used to stand for assembly elections from the constituency, did not utter a word against this horrific incident. CPM leaders Deepak Sarkar and Sushant Ghosh also remain silent. All of them were upper castes and harboured a deep disdain for Dalits and Adivasis. The Left Front government remained a mute spectator to the horrors committed on the Dalits and the Adivasis in the Jungle Mahal area.

Dalit thinker and social worker Nitish Biswas has long been associated with the West Bengal’s Dalit movement. A great admirer of Dr Ambedkar, he wanted to infuse new energy into the Dalit community. He fought for Dalit causes from the streets to the corridors of power. He was the founder the “Dalit Coordination Committee”, which waged a long struggle for Dalit rights. He made intensive efforts to improve the condition of the Dalits. But they were met with indifference. Even as the deputy registrar of Calcutta University, Nitish Biswas went from one hostel room to another to teach students from the deprived and the poor families. He also sought the help of his highly educated friends in this endeavour. He worked incessantly and with complete dedication to a social ideology. His efforts were laudable. Yet, he could not become the Dalit face of the state’s politics.

The Dalits of Bengal who are aware of this history have lost faith in the CPM. They feel that they were cheated by the Left Front Government. Apart from Kanti Biswas, another Dalit leader, Anil Sarkar, who immensely contributed to the strengthening of the CPM’s popular base in Tripura, was never inducted into the central committee of the party. The CPM developed sudden love for the Dalits as the elections approached but changed its colours after grabbing power with the help of Dalit votes. Thus, the Left parties were neither producing Dalit leaders nor a Dalit leadership. If a Dalit leader’s stature began growing, they took no time in clipping his wings. That was why no Dalit leader could gain prominence in Bengal. For 34 long years, the leftists only used the simple-minded Dalits and Adivasis as vote banks. The TMC has been doing the same for the past decade.

Dalits and Adivasis affect the poll outcome in all parts of the country. Bengal is long known for its politics around the minority community. But this time, the RSS has managed to make inroads into the SCs and STs who form 7 per cent and 22 per cent of the population, respectively. Five constituencies in north Bengal – Darjeeling, Coochbehar, Alipurduar, Jalpaigudi and Raiganj – are dominated by Gorkhas, Rajvanshis, Kamtapuri and Adivasis, respectively. In south Bengal, Jhargram, Medinipur, Purulia, Bankura and Vishnupur have substantial Adivasi and Dalit populations. The RSS has been active in the Dalit and Adivasi areas for a ling time. The number of RSS Shakhas has doubled. In the 2014 Lok Sabha elections, BJP candidate S.S. Ahluwalia won from Darjeeling with the support of the Gurkhas. The Gurkhas form more than 50 per cent of the population of Darjeeling. Similarly, Adivasi candidates won the Jalpaigudi and Alipurduar seats, dominated by the Kamptapuris and the Rajvanshis, respectively.

The elections this time may throw up unexpected results. After Muslims, the Matuas are the numerically biggest community in the state and they play a decisive role in elections. The Matuas, including the Namasudras, have a 2.5-crore population. These two core voter groups can make or mar the electoral fortunes of any party. They seem to have parted ways with the TMC and have gravitated towards the BJP. The Matuas fled East Bengal during the Partition and are concentrated in the 24 Parganas and Nadia districts. Late Binpani Devi (Boro Maa), who was the chairperson of the Matua Samuday Sangh and granddaughter-in-law of Guruchand Thakur, enjoyed the status of a queen in the community and her word decided whom they would vote for. The Matuas supported the Left Front Government for 34 years. In the 2011 Vidhan Sabha elections, they shifted loyalties to the TMC and helped in the party coming to power. An indebted Mamata sent both the sons of Boro Maa, Kapil Krishna Thakur and Manjul Krishna Thakur, to the Rajya Sabha.

Since the 2014 Lok Sabha elections, the Matua community seems to have jumped on the BJP bandwagon. The BJP is trying to woo the community using the Citizenship (Amendment) Act (CAA). In the 2019 Lok Sabha elections, Mamata Banerjee fielded Mamata Bala Thakur, wife of Kapil Krishna Thakur, as a TMC candidate while the BJP went for Shantanu Thakur, the son of Manjul Krishna Thakur. TMC’s candidate won. Currently, the BJP is devising strategies to win over the community. The BJP has altered the electoral equations to some extent by sowing seeds of division in the family of Boro Maa and drawing Manjul Krishna Thakur to its camp. The members of the family are in two different parties – something unprecedented in the history of the Matua community. The community had always been rallying around one party – earlier the CPM and more recently the TMC. It remains to be seen which way the Matua community turns in the upcoming elections.

Over the past several years, the RSS has been on a mission to take Hindutva to each home. After winning the Assembly elections in Assam and Tripura, the RSS focused its attention on West Bengal. It has prepared the ground for what looks like BJP’s successful politicking. If Bengal witnesses a volte-face in these elections, the credit will go to the RSS.

Those northeastern states where the BJP is not a force yet are the ones where the RSS is not active. The electoral successes of the BJP are a direct function of the RSS outreach. In West Bengal, the RSS has achieved considerable success in drawing the Dalits and the Adivasis to its fold. If the BJP has emerged as a formidable force in the state, it is primarily because it has managed to get a foothold among the Dalits, Adivasis and the OBCs.

The Matua community backed the Left Front for 34 years and has been supporting the TMC for the past decade. Yet, it could not throw up a single leader of consequence from among its ranks – a leader who has taken West Bengal by storm. Did Matuas and other Dalit communities never see Dalit politics helping them come to power in the state? Why were the Matuas satisfied with only being the followers of this or that political outfit for 44 years? Clearly, the Dalits in Bengal lack consciousness and leadership, because of which they are not able to get their due share in the state’s politics.

Until the messages of Harichand Thakur, Guruchand Thakur, Jogendra Nath Mandal, Dr Babasaheb Ambedkar, Kanshi Ram and other Dalit icons are not taken to every Dalit home in the state, the Dalits will been kept out of the corridors of power. The Dalit leaders need to join hands with the Dalit intelligentsia and “pay back to society” with the social ideology. Only then will a Dalit politics emerge in West Bengal. 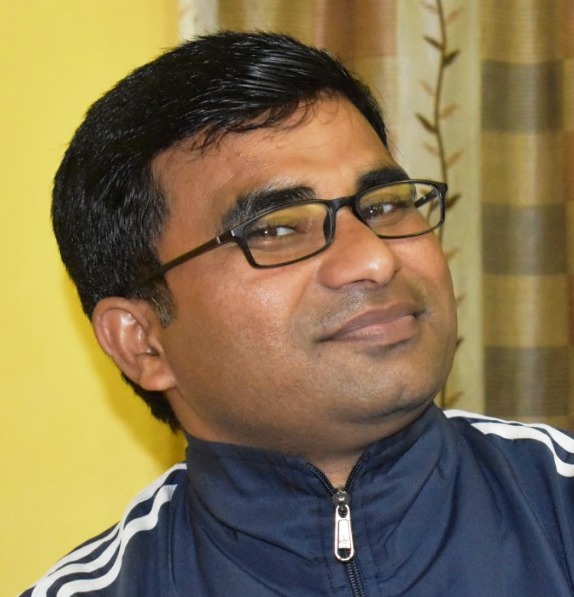 Dr Lalit Kumar is a sociopolitical analyst and media researcher