Based on their understanding of the past and the present, experienced, far-sighted authors are often able to accurately depict the future in their works. Phanishwarnath Renu, a man of many talents and an excellent portrayer of rural life, had this quality, too. He had done an in-depth study of rural society, which was in the middle of a transition. He had lived through the Quit India Movement of 1942 and had carved out a niche for himself as a revolutionary thinker and writer in the early years of Independence. Renu stayed abreast of the socio-economic changes sweeping through north India, Nepal, some parts of east India and the then East Pakistan (now Bangladesh). In some cases, he was also directly or indirectly involved in these developments.

The political changes, the concept of a State based on the values of justice and equality and the protection offered to them by the Constitution of India had filled the heart of the common man with great hope. The dreams that were woven during the Freedom Struggle were coming to fruition. Economic changes were in the offing. The democratic system of governance had afforded the Dalits, the Adivasis, the backward and the most backward an opportunity to make their presence felt. At the time, 90 per cent of the country’s population was dependent on farming. The government had launched several programmes to make farming more remunerative and productive.

Renu’s writings graphically portray the farmers and the labourers, the poor households, the myriad colours of folk life, rural culture and the political and economic life of the villages. Renu was a writer in Premchand’s mould and like Premchand, the Dalits, the oppressed, the backward and the most backward are the protagonists of most of his novels and short stories. His works depict the prominent narratives of contemporary rural society and present the reality of the struggle and the misery of the farmers.

Upper castes, Numbardars (A British-era hereditary appointee who used to collect land revenue in return for a commission) and Zamindars owned most of the farmlands. The landless and the farm labourers were in a pitiable state. Their wages would not even pay for two square meals a day. “The daily wage of five aanas is barely enough to run the household,” says a character in Renu’s Maila Aanchal. The common man in the villages had no option but to toil in the fields to keep body and soul together. Renu writes that in the Kosi region there were farmers who owned up to 1,000 bighas (One bigha equals 0.6 acres) of land. Bishwanath Prasad, a leading farmer of Maryganj, the fictional village where Maila Aanchal opens, owns 1,000 bighas of land. In Parti Premkatha, Jitendranath Mishra, a farmer of Paranpur village, lords over 1,500 bighas. The upper castes and the Zamindars, who formed 5-10 per cent of the population of the villages, owned 90 per cent of the land. The remaining 90 per cent people had to make do with the remaining 10 per cent. Renu underlines that the lopsided ownership of land was the root cause of the struggle and conflict in the rural areas.

The Maryganj of Maila Aanchal is divided into various localities – Polia, Yaduvanshi, Amatya Brahmin, Tantrima, Dhanukdhari, Raida, Kushwaha and so on. Then, there are also Kayastha and Rajput localities, which have a small population. Ramkripal Singh of the Rajput Tola owns 300 bighas of land, Bishwanath Prasad of Kayastha tola is the owner of 1,000 bighas and Khelawan Yadav of Yadav tola possesses 150 bighas.

The village also has a muth that owns 100 bighas. The others together own just 25 bighas. There is a Santhal settlement at a distance from the village. Most of its residents are landless. Some of them, however, claim that they are the real owners of a part of the land occupied by Bishwanath Prasad.

Renu writes, “Santhals were looting the rice seedlings from the 40-bigha field of Tehsildar Bishwanath Prasad … ‘in the land under new bandobast [settlement]? … take out the sticks.’ Gannori begins the assault, shoots an arrow. ‘Come on! Come on! Come on! These bloody Santhals! Outsiders! Even if there are deaths, it’s OK. Hail Kali Mai! Inquilab Zindabad! Long live Socialist Party! Let the flag of Hindu Raj fly high, Hindu Raj ki jai! Tehsildar Bishwanath Prasad ki jai! … Surround them from all the sides! Let no one escape! They are shooting arrows …” There is mayhem all around, in the ‘Paat’ fields in the ‘Kothi’ jungle! It is 200 men versus two dozen Santhal men and one-and-a-half dozen Santhal women! All die! All die?”

“Four men from the Santhal tola are dead, seven are injured and one boy is serious. The Santhal women are groaning with double pain. Ten goons of the Tehsildar are dead, 12 are seriously hurt and 30 have sustained minor injuries.” (Maila Aanchal, Renu Rachnawali, Vol 2, p 176-177).

Farm land is at the root of the clash between the Tehsildar and the landless Santhals. Bishwanath Prasad, who already owns 1,000 bighas is out to usurp the land of the simple-minded villagers employing every trick in his bag. The upper castes are misusing the land settlement law to take possession of the land that the poor, helpless, backward, Dalit and Adivasi residents of the village have treated as their own for a long time. The cultivators apply for enquiry under Section 40 but their applications are rejected because the upper castes have occupied the courts and government offices. Justice is helpless before money and legal tricks. The Rajputs and the Kayasthas do not see eye to eye but the new Tehsildar Hargauri is leading the fight against the Santhals. Most of the villagers are unaware of the reality. The tehsildar tricks even combative rebels like Baldev and Kalicharan into siding with him. Whether it is those who swear by Gandhi or Inquilab or Bharat Mata or Hindu Rashtra or whether it is the flag-bearers of the Socialist Party – all are on one side and the poor, helpless and backward Adivasis are on the other.

“The case brought about ‘suraaj’ (good governance). All the Santhals were sentenced for life. The session court case proceeded with great pomp. The Santhals also hired a barrister from Patna. The Santhal women paid his fee by selling their ornaments. A barrister, after all, is a barrister. Had a legal-eagle like Tehsildar Saheb not helped, there was no way Shivshakkar Singh, Ramkripal Singh or Khelawan Singh would have been acquitted …

“Ramkripal Singh has given Tehsildar Bishwanath Prasad the ownership of 10 acres of land from the new Bandobasti [alloted] land in the Santhal toli … Will the (victory in the) case be celebrated on the day ‘suraaj’ is celebrated? Yes, ‘suraaj’ would be celebrated during the day and the case victory, in the night.” (Maila Aanchal, Renu Rachnawali, Vol 2, p 248-249).

Paranpur, in Purnia district, where Parti Premkatha unfolds, is a village of prosperous farmers. Here, even owners of 500 bighas are considered third-grade farmers. These farmers rule over all the villages. “The huge army of the landless! Rising consciousness! When even after the elimination of Zamindari, 100-150 bloody clashes and 40-50 murders started taking place every year at the time of harvest, another land settlement was held.” (Parti Premkatha, Renu Rachnawali, Vol 2, p 326).

In his short story Tabe Ekla Chalo Re, Renu describes what the upper-caste farmers were preoccupied with. “The Bihar Assembly is about to approve the land ceiling law. All the big farmers of the area are anxious. They fear that they may have to part with their land to the landless, the labourers and the tenant farmers or they may have to give their entire crop to them. Hence, all of them unitedly decide that they won’t give even a pinch of their crops to the tenants, which means that they won’t pay the labourers and tenants anything in return for their labour, come what may.” 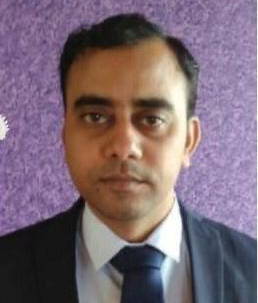