Uttar Pradesh will go to the polls in a few months from now but it is already clear which party will form the new state government and what will be the political status of the Bahujans. In fact, the political situation here is clearer than it ever was. There is no need to rack your brains to get the answer. But if I reveal the answer at the outset, you may lose interest in what I have to say further on the matter. So, to maintain your curiosity, I will begin with an analysis of how the different political parties are placed in the state.

The Bharatiya Janata Party (BJP) has achieved the objective for which it had divided the Bahujan classes. Today, all Scheduled Castes (Dalit), with the exception of Chamars and Jatavs, have been declared Atidalit or Mahadalit and are with the BJP. Similarly, all backward castes, with the exception of the Yadavs, have been together termed the Maha Pichhda Varg (Extremely Backward Classes), which backs the BJP. Thus, barring the Chamars and the Yadavs, almost all of the remaining Bahujan community is with BJP’s Hindutva and is going to vote for the BJP. This class is not worried about food, employment, hospitals and education. It is nationalism, temples and Hindu-Muslim issues that bother them. That is the reason despite numerous demonstrations by their educated unemployed youth, most of them voted for the BJP in the last election. Another reason for this situation is that the political leadership of this class is under the sway of the BJP and has been brainwashing its followers into becoming protagonists of militant Hindutva and rabid haters of Muslims.

Where does the BSP stand

The Bahujan Samaj Party (BSP) is another player in the state’s political arena. It claims to represent the Bahujans. But it has, for far, formed three governments in coalition with the BJP. Its ties with the BJP are old. In the last state elections as well as in the recent Panchayat polls, its strategy was designed to benefit the BJP. Mayawati’s recent statement is worth taking note of. She said that if voted to power, she would have a huge statue of Parshuram installed. Clearly, it is the Brahmins, and not the Bahujans, who are her priority. The BSP never protested against the unjust treatment of the Bahujans by the government and against the savarnas committing atrocities against them. It did not raise its voice against the National Register of Citizens (NRC), though the issue drew nationwide protests. Among the Bahujans, only the Chamars and the Jatavs are with the BSP and even if they vote for the party in the next elections, they will be indirectly voting for the BJP. It is the BJP that is going to be the beneficiary of their votes. 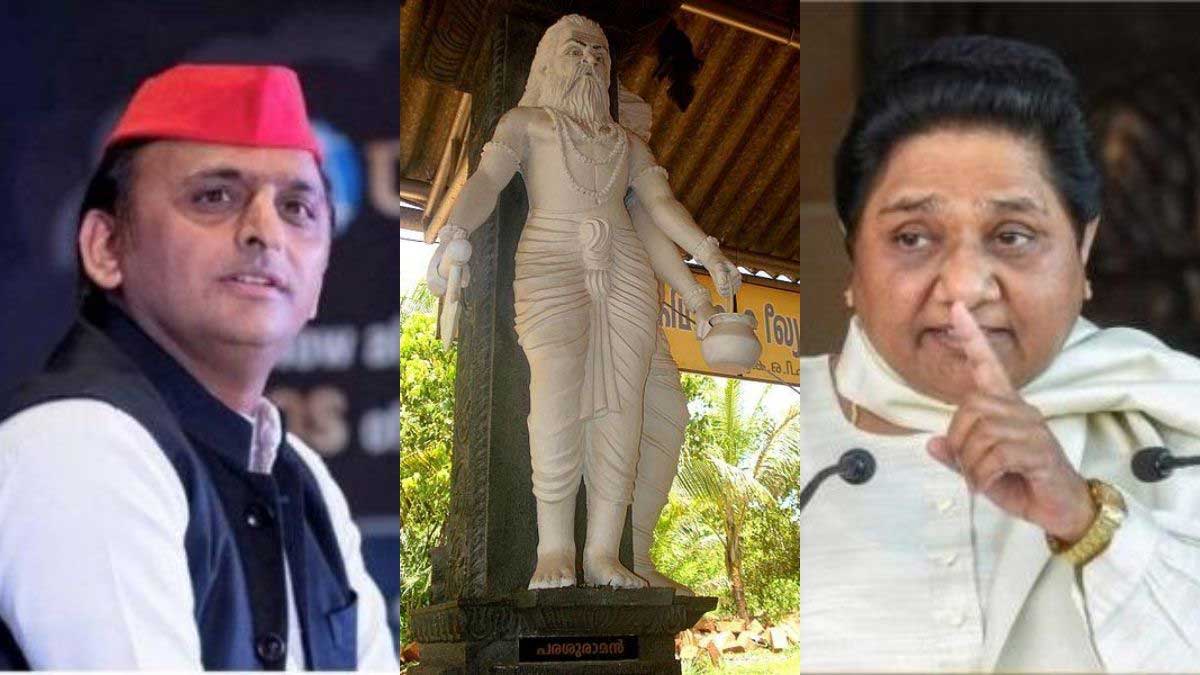 The Samajwadi Party (SP) is “samajwadi” (socialist) only in name. Ideologically, its leaders are miles away from socialism. Founder Malayam Singh is openly anti-Ambedkar and has been talking about tearing down Ambedkar’s statues. Akhilesh Yadav, the party chief, may have entered into an alliance with the BSP in the last elections in the hope of grabbing power, but he was never seen as a pro-Dalit. The Dalits never identified with his party. The Yadavs and the Muslims constitute the vote bank of the SP. As UP has a substantial Muslim population, the SP is politically somewhat better off than the BSP. Like Mayawati, SP chief Akhilesh, too, wants to install a statue of Parshuram. He also prefers Brahmins over Yadavs and Muslims. The chiefs of the BSP and the SP have failed to understand that for the Brahmins, BJP will always remain the first choice. Can they give anything more to the Brahmins than what the BJP has already given? The BJP has handed over the reins of the central government to the Brahmins. What more can the BSP of the SP give? The SP is not strong enough to ride back to power. It has done nothing for the Mahadalits and the Maha Pichhdas that would persuade them to even consider voting for it. The SP hasn’t launched any popular movement against the aggressive Hindutva of the BJP. It hasn’t done anything to make the Hindus aware about the trap of the BJP’s politics of hate against the Muslims. It hasn’t taken any measure to draw the poor towards the ideology of socialism. It hasn’t led any struggle on the ground against capitalism. It has never done anything to promote socialism. It is true that in some Muslim-dominated areas, the SP has stood up to the BJP, but that would hardly suffice to bring the SP back to power.

The Aam Aadmi Party (AAP) is trying to position itself as a political force in Uttar Pradesh. It may field its candidates in some, if not all, constituencies. With the efforts of Sanjay Singh, MP, and state in-charge of AAP and Sabhajit Singh, its state president, the party’s units are being constituted in the districts and the number of its members is growing. While it will not be able to garner enough seats in the state to form the government, it will make its presence felt by grabbing 2-4 percent of the votes. Will the Bahujans looking for an alternative go for AAP? AAP is also a right-wing political outfit and even if it comes to power, it will not bring about any substantive change in the system. But, yes, it will definitely rein in aggressive Hindutva and combat the growing hatred between the Muslims and the Hindus.

AAP’s state chief has announced that if they come to power in the state, people won’t have to pay for 300 units of electricity consumed. This is a populist slogan. Giving free power means that AAP is not going to repair the system which has made electricity in UP the costliest among all the states. It will not reverse the process of privatization of power supply initiated by the Yogi government. The high level of unemployment in the state, resulting from the policies of the state government as well as from the Covid pandemic, will not come down if you give power, water and whatever else free of cost to the people.

Do the Bahujans need freebies? Not at all. What they need is empowerment. The brahmanical and “social harmony” policies of the RSS-BJP have impeded the educational and economic progress of the Bahujans and have weakened them. Hence, AAP needs to promise that it will work for the empowerment of the Bahujans.

The Congress is the weakest major political party in the state. Ever since Kanshi Ram offered the Bahujans an alternative in the form of the BSP, the dwijs have been voting for the BJP, the Muslims for the SP and Bahujans for the BSP. The Congress has no vote bank of its own. Rahul Gandhi is definitely a bold leader. He is the only politician who has been consistently speaking against the anti-people policies of the BJP and its parent organization, the Rashtriya Swayamsevak Sangh (RSS), but the problem is that his advisers are leaders of brahmanical and feudal mindset who make him take a dip in the Ganga, show off his Janeyu and visit temples in the hope that it will draw the dwijs back into the Congress fold. This ritualistic pomp and show is meant to convey to the Brahmins that if they support the party, it will not disappoint them and will tread the path of Brahmanism. But what can these rituals give to the Bahujans? Why would they be impressed by them? If even some dwijs switch loyalties to the party, this won’t bring the Congress to power. The Congress can hope for success only when the Muslims and the Bahujans join hands with it. That will happen only when the Congress mentors leaders from the Bahujan community and raises awareness on the need to break free from the stranglehold of the aggressive Hindutva of the BJP.

The Bahujans should also not forget that the Congress governments have done a lot for their empowerment. If today there is a well-educated and prosperous middle class in the Dalit-OBC castes, it is only because they could get government jobs. If the Congress government had not appointed Professor Sukhadeo Thorat as the chairperson of the University Grants Commission, would the Bahujans have been able to get MPhils and PhDs and enter universities as teachers? It should not be forgotten that it was a Congress government that had established the Jawaharlal Nehru University to make quality higher education available to students from families of limited means. Thousands of students from modest families have studied in the JNU. If the BJP is bent on shutting down this university created for the weaker sections, it is because the JNU is empowering the Bahujans. 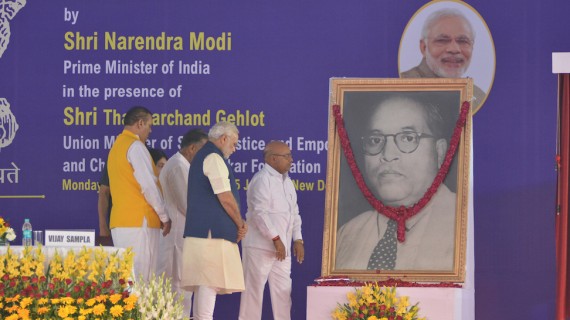