Some salutations come to symbolize an entire ideology – what it stands for, along with all the elements of its heritage. ‘Jai Bhim’ is one such salutation. This slogan has the same place in India which “Red Salute” has globally in the socialist revolutionary tradition of the proletariat. Bahujan ideology represents a social order, culture, lifestyle and worldview based on the values of justice, equality and fraternity. It is in sharp contrast to the Vedic Aryan brahmanical Hindu religion, based on the Varna and the caste system and on gender inequality. Jai Bhim, directed by T.J. Gnanavel, is based on the Bahujan ideology. It encapsulates all the dimensions and implications of the slogan and the salutation “Jai Bhim” and does justice to it.

The film mesmerizes the audience and pits them against injustice. It shakes their conscience and inspires them to stand for the cause of justice, even if for a short time. It persuades people to build a just world.

Like any other film, it would be wrong to see Jai Bhim as an embodiment of any slogan, formula or crude generalizations. It would be tantamount to trivializing the most powerful creative medium ever invented by the human race – something which Bollywood films do routinely. Jai Bhim does justice to the genre of films. Without resorting to phony dialogues, overdramatized storylines, superhuman heroism or extreme villainy, it seeks to present the truth about a community, a family, a person and a particular area by creatively using a true incident. It exposes the texture of Indian society and state, the manner of functioning of its bureaucracy and its policing system and how it has institutionalized Varna, caste and gender biases, is hostile to the working class and promotes violence. The film also shows that with the aid of people’s power and through personal effort, the Constitution and the law can and should be marshalled for securing justice. We cannot rest till the system undergoes a revolutionary transformation. It also conveys the message that shunning our duty to stand up for justice on the pretext of waiting for a revolutionary transformation is a kind of opportunism which the so-called progressive middle class resorts to in order to avoid taking risks and making sacrifices. While Jai Bhim underlines the need for collective, root-and-branch transformation, it also urges every man who believes in justice to stand up and be counted and be ready to take the risks that it entails. This is exactly what the chief protagonist of the film, advocate Chandru (Suriya), teacher Maithra and upright police officer (Prakash Raj) do. These characters portraying middle-class intellectuals exemplify Ambedkar’s view that intellectuals have a bounden duty to stand up for justice and to support, with all their might, the people and the communities that are victims of injustice. Two other lead characters of the film, the Irula Adivasi couple, Rajakannu and Senggeni, do not give up in the face of hostile circumstances. They dream of a better life for themselves and of educating their children. They do all they can to fulfil this dream. Rajkannu starts working at a brick kiln to fulfil his dream of building a pucca house for his wife. But he is tortured and killed by policemen. His pregnant wife faces police harassment, yet she takes on the system to secure justice for Rajkannu and to get his murderers punished. It is a prolonged struggle but in the end, she succeeds. 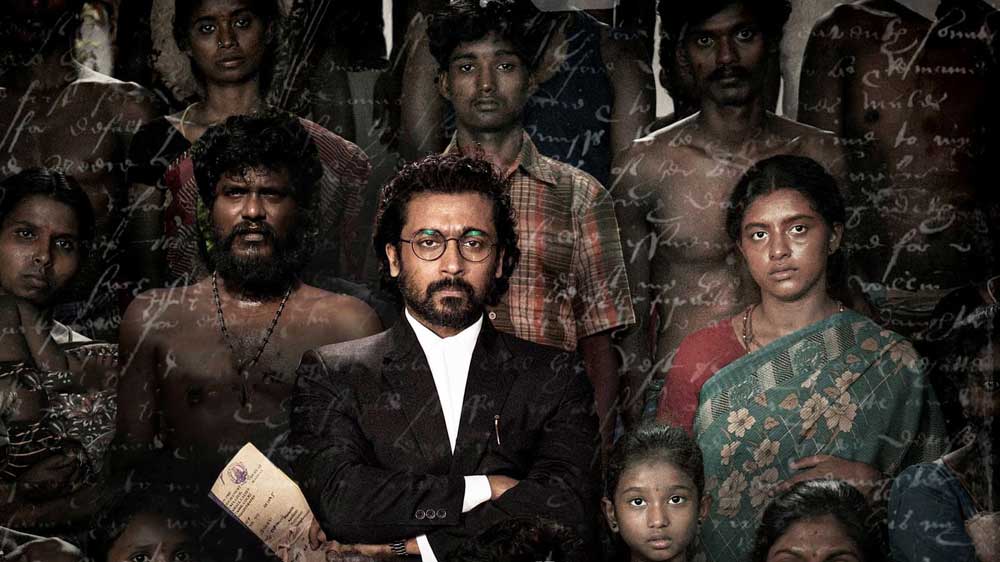 A poster of the film ‘Jai Bhim’

The struggle of the tribal couple exemplifies the Ambedkarite principle that one should continue to toil for making one’s and others life better, no matter how adverse the circumstances are. Ambedkar’s own life proves that a person, through grit and determination, can find a way out of circumstances that seem extremely adverse and unbearable. The film’s protagonist, lawyer Chandru, is an embodiment of this sentiment.

The film is based on a real incident that took place in Tamil Nadu in 1993 and the filmmaker has deployed his creative imagination to write the script exposing the anti-Adivasi, brahmanical mindset of Indian society. The film has thus become representative of Indian society.

The Irula community makes a living by catching rats and snakes. They also treat snake-bite victims. Rajkannu is arrested in a theft case, in which he is not involved at all. Some other members of his community are also picked up. Then begin the hair-raising scenes of police torturing them. Later, the police claim that Rajkannu and two of his associates have fled from their custody. Rajkannu’s wife begins the struggle to locate him with the help of a woman teacher. They come to know about Advocate Chandru who works pro bono for securing justice for the deprived. For him, helping the poor and needy using Constitutional and legal provisions is a mission. He also participates in people’s movements. Eventually, he succeeds in having the policemen who murdered Rajkannu punished and thus securing justice for Senggeni. Unlike the Bollywood flicks, this film has no romance, no romantic songs and dances and no superhuman hero. But it succeeds in telling the truth about Indian society.

The title of the film is also appropriate in the sense that it establishes this basic tenet of Bahujan ideology that the layered social hierarchy is the fountainhead of injustice in India. The Dalits and Adivasis, that is the Scheduled Castes and Scheduled Tribes, are at the lowest pedestal of this hierarchy. The injustice that caste spawns has both material and psychological dimensions. The tribal community portrayed in this film has neither land nor pucca house. They have no permanent address and their names are not on the voters’ list. As the teacher who helps Adivasis tells a politician, ‘People do not have a roof over their heads. They have no proof of their address. Hence, they don’t have ration cards and they can’t vote. You should do something for them.”

The Dalits and the Adivasis are not only deprived materially but also the entire state machinery is against them. The film exposes this mindset of the establishment. The bureaucracy, the police, the elite – in short, the entire system – is biased against them. A politician speaks his mind in the film: “Why should they [the Irulas] have the right to vote? Tomorrow, we will have to beg them for votes. We need to put a stop to the adult education programmes so that such trash talk can end.”

Made in Tamil Nadu, the land of Periyar, Jai Bhim is the latest in the series of films like Karnan, Jallikattu, Asuran and Kala. These films mark the grand inauguration of a Bahujan era in the Indian film industry. The reception they have got is proof that there is a significant Bahujan audience for such films all over the country. Every justice-loving person should see it. We can only hope that such films help build an atmosphere against injustice and oppression of the Dalits and the Adivasis. 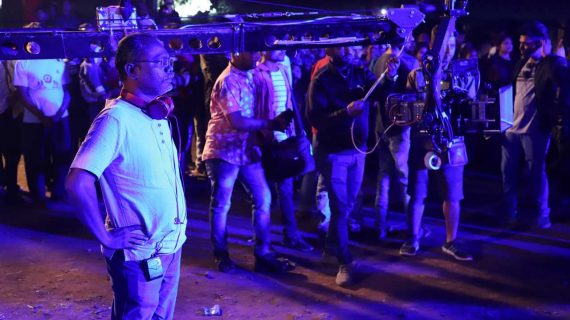 Dalits, OBCs and Adivasis team up to make a film on Phule, Shahuji and Ambedkar's shared legacy

Director Shailesh Narwade’s unique film ‘Jayanti’ is inching towards completion. The investors are all Dalitbahujans, so are most of the actors and the team behind the scenes. But more funds are needed, for which he has turned to crowdfunding 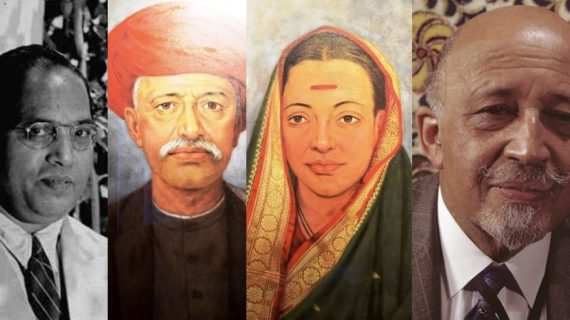 Phules, Ambedkar and Du Bois: For a just world without caste or race

Manipulation of truth continues to incite division, violence, and oppression. As ever, the voices of Phule, Du Bois and Ambedkar ring true. Their intellectual arguments, political positioning, activism, bold and uncompromising stand on securing human rights for all people remain relevant for the transformation of societies everywhere, writes P. Dayanandan