On March 8, a special court in Madurai, Tamil Nadu, followed up on the conviction of 10 men for the murder of Gokulraj, a young Dalit engineering student, in 2015 by sentencing all of them to life imprisonment. In the case, the Prosecution had submitted a written deposition in addition to oral arguments, which reads like a crime thriller but the crime is so horrific that the word “thriller” ought to be replaced by “horror”.

The three important aspects of the Prosecution’s arguments are:

The manner in which Special Public Prosecutor B.B. Mohan has worked with the SC-ST Act 1989 is a lesson in jurisprudence. Since the question of motive in this case was mired in caste history and social psychology, or the everyday performance of varna dictum, as Mohan put it, and not in an enumerable dispute, or immediate and local caste animosity, it needed to be supplemented with evidence that matched the nature of the crime. Arguing that Yuvaraj the chief accused and the mastermind behind the crime was invested in an ideology of blood purity, Mohan set about proving how he sought to actualize his belief – by literally killing and dismembering a Dalit young man, who he viewed as “sullying” the honour and blood of a Gounder woman.

Given that most of the prosecution witnesses turned hostile, he had to rely on circumstantial evidence, and he went about indexing this with astounding meticulousness, drawing chiefly on forensic evidence: the post-mortem report, the matching of CCTV footage to actual bodies, the tracing of cell phone conversations. Mohan also sought to establish that a conspiracy had been hatched to carry out this brutal murder: with regard to caste crimes, a conspiracy is invoked to point to how deliberate acts of murder were carried out in such and such an instance – as when a Dalit woman is killed because she insisted on laying claim to land or on insisting a caste Hindu man who had promised marriage do so, or when Dalits are cheated out of what is due to them, by way of land or other resources, or when their homes are torched and they are hurt in the course of a well-planned attack from locally dominant castes. In this instance, though, Mohan’s invocation of conspiracy was to establish that the deliberate and intentional act of murder that Yuvaraj and his cohorts carried out was at the behest of a frenzied casteist mindset – that is, the killing was done, not to settle this or that matter in particular, but was, done to uphold both untouchability and caste. In this sense, the conspiracy sought to secure a value system and so had to be viewed as an exercise in unbridled casteism and violative of Articles 17, 14, and 15.

Further, by using conspiracy to establish a motive that derived from caste, Mohan upturned conventional uses of the charge – which is usually invoked by the State against those that ostensibly desire to overthrow the government or indulge in acts of violence to destabilize the polity. In contrast to how the charge is usually made, Mohan drew on it, both in a specific as well as normative sense, to point to a consciously executed unconstitutional act of discrimination and violence that had to do with the social realm.

The judgment reflected the ways in which the Special Public Prosecutor had argued: refusing to heed the defence’s arguments against the hatching of a conspiracy, many of which were drawn from case law that protected civil liberties, the judge made clear that the present case was not comparable to those other cases where liberties were imperilled. This was a flagrantly unconstitutional act, meant to shore up the caste order. 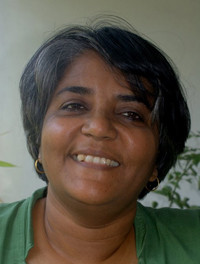 V. Geetha is a writer, translator, social historian and activist who has written widely in English and Tamil on modern Tamil history, caste, gender, education and civil rights. She is most recently the author of 'Bhimrao Ramji Ambedkar and the Question of Socialism in India' (Palgrave Macmillan). Geetha has co-written, with S.V. Rajadurai, essays on the Dravidian movement and politics published in the ‘Economic and Political Weekly’, and the book, ‘Towards a Non Brahmin Millennium: From Iyothee Thass to Periyar’. They have also authored monographs on Western Marxism, including a comprehensive volume on the life and thought of Antonio Gramsci.