Vasavi Kiro is a former member of the Jharkhand State Commission for Women and a well-known Adivasi author and social activist. As a journalist, she has been associated with The Times of India and Jansatta. She has led and participated in several movements and protests in Jharkhand. Jyoti Paswan did an extensive interview with her. This is the second and final part.

In the first part you read: Why Jharkhand continues to be a rich state of poor people

How was your relationship with Shibu Soren and other leaders?

I had an excellent rapport with Shibu Soren and many other leaders. As a journalist, I used to cover their press conferences, rallies, etc. Long ago, Shibu Soren had proposed that I should join the Jharkhand Mukti Morcha. But at the time I wanted to focus on my studies. My family’s economic situation was far from good. So, I decided that I should make something of myself first. I told him that I was not interested in joining politics at that stage. I had first met Dishom Guru (Shibu Soren) in Ranchi. I was accompanied by a Santhali girl. That girl used to cook at Guru ji’s Delhi residence in 1993, when he was an MP. In 2007, she was gang-raped at Hazaribagh. A case was registered but no action was taken. She met me in 2009. At the time, Shibu Soren was the chief minister of Jharkhand. She wanted to meet him. I took her to Shibu Soren. Hemant Soren was also present when we met. They helped the girl. Since then, they have known me. I had good relations with Hemant Soren as well. In 2016, Hemant Soren constituted a “Samanvay Samiti” (Coordination committee). Left-wing workers and social activists were members of the committee. I, too, was a member. The Samiti met twice or thrice. Displacement was a major issue and at the meetings we demanded the constitution of a “Displacement Commission”. I said that eight reasons were responsible for the displacement of Adivasis in Jharkhand. The first was mining (the state has deposits of 49 different minerals, including coal, uranium, limestone and iron ore). The Adivasis lose their lands and are displaced. The other reasons are setting up of private and public-sector industrial plants, national parks and sanctuaries and implementation of small and large irrigation and railway projects. These have also led to displacement. The Swarnarekha Project, Damodar Valley Project, Ajay Barrage and thermal and hydel power projects have forced the people to migrate. The public and private sector companies have different rehabilitation packages. I believe that we need a uniform package, which ensures jobs and compensation for all the members of a displaced family. Some MLAs have supported my demand for a Displacement Commission. This issue is under serious consideration. Displacement is a big issue in Jharkhand. We want a displacement-free Jharkhand. We want debate and discussion on the model of development. We want development without a single person being displaced. Development without displacement is possible. The central government has constituted Niti Aayog. It has hosts of scholars and specialists. The Aayog’s library is overflowing with thick books. It has Oxford and Cambridge graduates. Let them find out how development can be done without displacement taking place. Displacement is not something new. It has been going on since colonial times. During British rule, lakhs of Sal trees were felled for laying railway lines. Now, again, trees are being marked for felling. They will be felled. Lakhs of trees are being felled for building four- and six-lane highways. This is having an adverse impact on the environment and is also changing the texture of soil. The people inhabiting the state are being affected. Nature’s balance is being disrupted. Displacement is eating into the vitals of Jharkhand. Displacement of people is killing Jharkhand. The problem of displacement has to be resolved, especially since we are now a separate state. We need a development model that ensures that Adivasis are not forced to abandon their villages. Until such a model is put in place and adhered to, we will have to agitate. 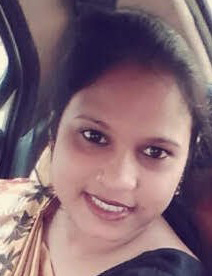