The history of modern India would be incomplete without talking about the contribution of Mukhtar Ahmed Ansari (25 December 1880 – 10 May 1936) in nation-building. We are living in an era when a no-holds-barred campaign has been launched to distort history and we have been divorced from our historical and cultural legacy because of the dominance of the market and capital. Against this backdrop, it is imperative for us to remember the great personalities, the genuine nation-builders and the epochal leaders whose exemplary life can serve as an ideal for us.

Mukhtar Ansari was one such great personality. He was born on 25 December 1880 in Yusufpur, Ghazipur (Uttar Pradesh). A man of many talents, he was a medical doctor by profession. He was also an extraordinary leader of men. In the field of medicine, he was known as a competent surgeon. Having obtained his degree in medicine from the University of Edinburgh, London, he was the first Indian to be appointed as a “Resident Officer”.

He researched on a complex medical technique called Xenotransplantation (the science of transplanting live tissues or organs harvested from one species into another species), and wrote an acclaimed book titled The Regeneration in Men. From 1900 to 1910, he worked in different hospitals in London. It was there that he met Motilal Nehru, Hakim Azmal Khan and Jawaharlal Nehru. His competence and popularity as a doctor can be gauged from the fact that the Charing Cross Hospital, where he worked, still has an ‘Ansari Ward’ commemorating his memory.

In 1910, Dr Ansari returned to India and started a clinic in the Firangi Mahali area of Old Delhi. The clinic drew a large number of patients, some of them distinguished individuals. He treated poor patients for free, and his Mori Gate residence called “Bahisht” (Urdu for paradise) was a real paradise for the needy, for it housed a community kitchen which operated from morning to evening. No one returned hungry from his place. It was at Bahisht that C.F. Andrews and Mohammed Ali delivered powerful lectures on ‘The pain of Indians in South Africa’. Famous Turkish writer Halide Edib was one of the guests at Bahisht. In her acclaimed book Inside India, she wrote, “This is a historical place where the ancient, medieval and modern [thinking] people mingle. They draw up the contours of a progressive and prosperous India based on their respective views and visions. This house will be a milestone in the building of the future of India.”

Dr Ansari worked tirelessly to bring various sections of society closer to each other. People respectfully listened to him. That is why when he formed the Red Crescent Society to mobilize funds for Turkey caught up in the Balkan War, people contributed generously. A total of Rs 1,18,762 was collected. This led to the emergence of Dr Ansari as a people’s leader. Later, he purchased a mansion in Darya Ganj, Delhi to establish his permanent clinic. He named it ‘Dar-Us-Salam’ (Abode of peace). The street in Darya Ganj, on which Dar-Us-Salam was located, is now called Ansari Road and houses the offices of many publishers. But very few know the Ansari whom the street is named after.

Dr Ansari joined the Congress. He also had some association with the Muslim League, but in protest against its divisive policies, he parted ways with it. He was a diehard advocate of Hindu-Muslim solidarity. It was at his initiative that in 1920, Jamia Millia Islamia came up in Delhi’s Okhla area. He was its lifelong patron. Thanks to his farsightedness and understanding, Jamia, right from the outset, assailed all kinds of fundamentalism and rejected the idea of partition.

Today, when Jamia has completed a glorious hundred years of existence, we need to recall the courage and fortitude of Ansari, which led to the birth of a powerful educational and democratic institution. Ansari let the youngest student, Abdul Latif of standard three, lay the foundation stone for Jamia. This speaks volumes for how serious he was about the education of the younger generation and inculcating the right values in them. Jamia is a testimony to his commitment to nation-building. Lakhs of Jamia alumni are today proving their mettle, whether in villages and cities in India or in foreign nations.

As a student studying in Madras, Dr Ansari had attended the Congress convention held in the city in 1988. Thirty years later, another Congress convention in Madras elected him as the president of the Congress. It was for the first time that a medical doctor had won such love, affection, respect and support in Indian politics. Of the 17 provincial committees, 14 supported him. Commenting on his election as the Congress President, Hindustan Times wrote, “The Congress has taken a spectacular decision in these perilous times. No one deserved the presidency of the party more than Dr Ansari.” There could not have been a better proof of his popularity. It was a historic development. Now that he was a people’s leader, he was bound to take the initiative to treat the ills plaguing society in his own way. And he did.

What Dr Ansari said in his presidential address is relevant even today. Calling upon the people to prioritize issues related to health, he said, “Today, a big chunk of Indians is unhealthy and sick. This is because of insanitary conditions, lack of basic amenities, absence of medical facilities and poverty. Almost 60 per cent of our country’s revenue is spent on the military on the pretext of the country’s security. But the government should ask the question that if the people of the country remain in such misery, in such pain, then who will guard the borders? Our real security lies in ensuring that proper arrangements are in place for meeting the needs related to the health and life of these crores of people.”

Dr Ansari believed in fraternity. He said, “Any division based on race or religion is selfish and anti-human.” He opposed all such divisions. Displaying his unshakeable ideological commitment, he openly took part in the Khilafat and Civil Disobedience Movements. It may be mentioned here that it was his speech that led the Congress to passing a resolution seeking Purna Swaraj.

He lived for just 56 years. But his legacy lives on and it will always be with us forever. 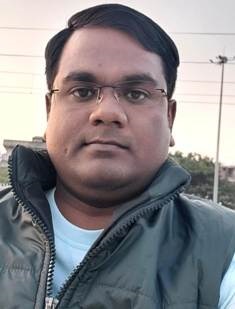 Md. Danish hails from Rohtas, Bihar, and has a PhD on Phanishwar Nath Renu's short stories. He has been writing for several years on the heroes of marginalized society.