Abraham Lincoln (1809-1865) and Jotirao Phule (1827-1890) were contemporaries, both devoted to the destruction of slavery: Lincoln in America, Phule in India.

Abraham Lincoln made a vow to emancipate “coloured slaves”: “I said nothing to anyone, but I made a promise to myself and (hesitating a little) to my Maker.” Phule vowed to free caste Shudras: “I will strike a hard blow against this system.”

Phule forever linked himself and India to Lincoln. In 1873, Phule forged the connection with words of affectionate steel in the English dedication to his controversial book Gulamgiri (Slavery):

DEDICATED TO THE GOOD PEOPLE OF THE UNITED STATES
AS A TOKEN OF ADMIRATION FOR THEIR
SUBLIME, DISINTERESTED, AND
SELF-SACRIFICING DEVOTION
IN THE CAUSE OF NEGRO SLAVERY.
AND WITH AN EARNEST DESIRE
THAT MY COUNTRYMEN
MAY TAKE THEIR NOBLE EXAMPLE
AS THEIR GUIDE IN THE EMANCIPATION OF
THEIR SHUDRA BRETHREN FROM THE TRAMMELS OF
BRAHMIN THRALDOM.

Lincoln was the 16th President of the United States of America. It was Lincoln who led the “good people of the United States” in the Emancipation cause to end “negro slavery”. He was willing to lead the northern states against the confederacy of slave-owning southern states in a bloody civil war. His height was tall. His thoughts were deep. His words were measured. His will was resolute. His deeds were quiet – and his life was short. 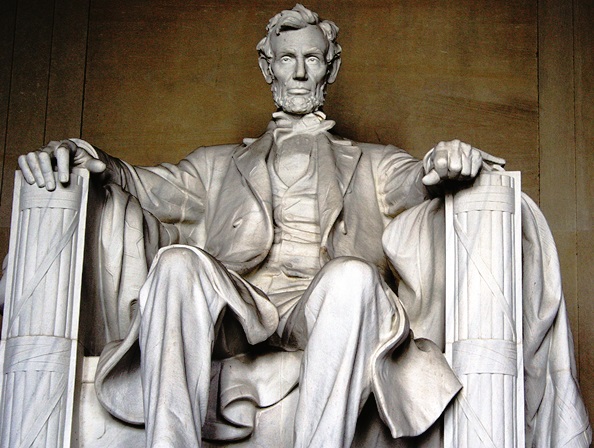 Lincoln had less formal education than Phule. But like Phule, while Lincoln lived and led others from the city, he never forgot his rural roots. Phule knew that Lincoln belonged not just to America, but to the world. I think of Phule as the Indian twin brother of Lincoln. Interestingly, both sensed that their work of emancipation of the slaves – whether the black coloured slaves or the Brahmin’s caste slaves – was guided by Providence, ordered by “the Creator of all”.

The phrase “under God”, emerged spontaneously at Lincoln’s November 1863 Gettysburg battlefield address. It has become part of the Salute to the Flag. Lincoln never let the world forget that the Civil War involved an even larger issue: it was not just about the rural South and the industrial North, or merely about economics or politics. His “Gettysburg Address” was a short dedication of the military cemetery. But we are unable to forget his words: “That we here highly resolve that these dead shall not have died in vain – that this nation, under God, shall have a new birth of freedom – and that government of the people, by the people, for the people, shall not perish from the earth.”

Lincoln spoke openly and deeply of the nation’s dependence upon Providence, establishing the first National Thanksgiving – the holiday for thanks and requests for Divine guidance. Definitely take time to read President Lincoln’s 1863 Thanksgiving Proclamation for yourself. 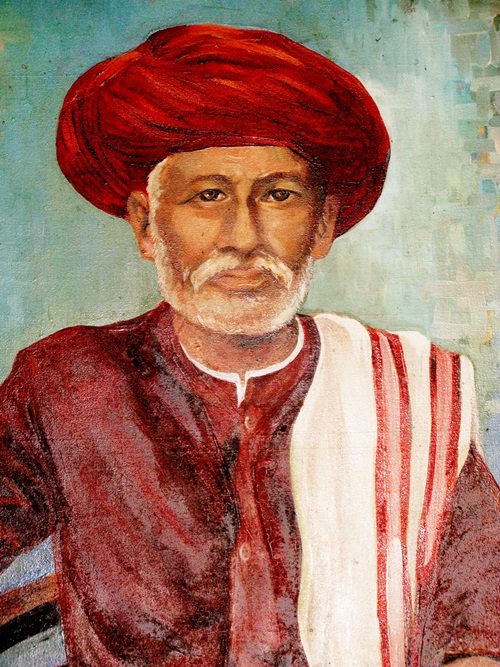 The American Thanksgiving Day roots are in earliest colonial America. In 1621, “Puritan” Protestant Christian Pilgrims sat at table and took food with family and aboriginal American “Indian” friends, dedicated to giving thanks to God, making peace with neighbours, and helping the widow and orphan. Those Protestant Christians are the same family of faith in Europe and America that would eventually mentor William Carey, Jotirao Phule, Pandita Ramabai, and Dr. Graham Staines in India.

“In God we trust”

First used in Lincoln’s administration, “In God we trust” is now pressed on coins and engraved on the walls of both houses of Congress – the House of Representatives and the Senate. Lincoln’s “Under God” and “In God we trust” reminds me of Phule’s “Truth Always Triumphs”. Almost everyone credits it to Gandhi. Certainly Gandhi made it popular. But few seem to know that “Truth Always Triumphs” originates
with Mahatma Phule.

A MORAL COMPASS AND A MORAL REVULSION

Underlying all Lincoln’s particular decisions was a deep root: the Creator’s moral compass of truth and a moral revulsion against human slavery.

Positively, Lincoln, in a 1858 public address, outlined the moral compass of the thirteen original colonies: “These communities, by their representatives in old Independence Hall, said to the whole world of men: ‘We hold these truths to be self evident: that all men are created equal; that they are endowed by their Creator with certain unalienable rights.

“This was their majestic interpretation of the economy of the Universe: their understanding of the justice of the Creator to His creatures – to all His creatures, to the whole great family of man. In their enlightened belief, nothing stamped with the Divine image and likeness was sent into the world to be trodden on, and degraded, and imbruted by its fellows. They grasped not only the whole race of man then living, but they reached forward and seized upon the farthest posterity. They erected a beacon to guide their children and their children’s children, and the countless myriads who should inhabit the earth in other ages. Negatively, Lincoln wrote: “You think slavery is right and ought to be extended. We think it is wrong and ought to
be restricted. That is the rub –the substantial difference between us.”

Today, Lincoln and Phule would be repulsed by the continuing Manu slave-rape culture that disrespects-deflowers-disembowels at a Delhi bus and finally destroys in a Singapore hospital.

Plantation owners might calibrate the system: advising the female slaves to cry for forgiveness, to not get raped, and to mouth religious mantras. Lincoln and Phule would condemn the system: call out stalkers to forsake their filth, to not rape, and to walk in truth.

No wonder Phule admired those seeking to abolish slavery in America, and wished the same for India. Lincoln’s words stand strongly relevant today: “Whenever I hear any one arguing for slavery I feel a strong impulse to see it tried on him personally.” And, “as a good thing, slavery is strikingly peculiar, in this:
that it is the only good thing which no man ever seeks the good of, for himself.”

The greatness of Lincoln and Phule? Hear Lincoln: “We think slavery a great moral wrong. We think that a respect for ourselves, a regard for future generations, and for the God who made us, [all] require that we put down this wrong where our votes will properly reach it.”