Recently, many Dalitbahujan intellectuals were surprised if not shocked by the way Mulayam Singh Yadav, a self-declared secular OBC leader, waged open war against SC/ST reservations in job promotions. He and his Samajwadi Party (SP) opposed tooth and nail the Constitution (117th Amendment) Bill, 2012 in both the Rajya Sabha and the Lok Sabha. The support of other Yadav leaders like Sharad and Lalu to the promotion reservation bill did not deter Mulayam Singh Yadav from opposing it. Interestingly, the two political parties that voted against the bill in the Rajya Sabha on 17 December 2012 were the Samajwadi Party and the Shiv Sena. Both are headed by Shudra leadership. The Samajwadi Party is headed by a backward caste shudra and the Shiv Sena is headed by the upper caste shudra (Kayastha) Thackeray clan.

Mulayam Singh Yadav’s opposition to SC/ST reservations in job promotions is not, of course, the voice of all OBCs. However, being a strong OBC leader his voice has serious ramifications on the unity of SC/ST and OBCs and on the very issue of social justice. It is generally understood that SC/ST/OBC unity punctures the Brahmin power balloon. But interestingly, Mulayam Singh Yadav, a backward caste shudra, punctured the SC/ST/OBC unity balloon by announcing his anti-SC/ST stand.

As the leader of the opposition to the bill he has restored smiles to the Brahmanical anti-reservationists, including those who publicly supported it as part of their vote bank politics. Many are still trying to decode his motivation. Some are of the opinion that his opposition to the reservation bill is politically motivated – to gain Hindu upper caste votes in UP in the 2014 parliamentary elections and beyond. Some say that his political antagonism to Mayawati has become generalized into an anti-Dalit stance. Others, including some SP leaders, more charitably explain that Mulayam does not oppose reservation for SC/ST at entry levels, only in job promotions. Mulayam’s own avowed opposition to the bill is that it omits OBCs. 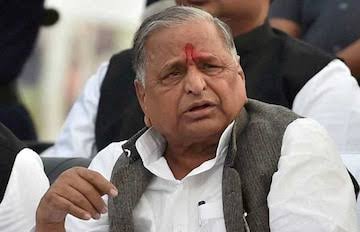 However, a deep case study of Mulayam Singh Yadav from a socio-cultural perspective gives an entirely different understanding of his opposition to SC/ST reservations in job promotions. His desperation to support unreserved communities, displays open caste hatred – a kind of racism against SC/STs. He failed to realize the fact that the unreserved “general” communities are fundamentally opposed to even OBC reservations and they are the ones responsible for keeping the OBCs backward for centuries. Mulayam Singh Yadav tried to rationalize his opposition by stating that providing reservation to SC/ST in job promotions is anti-national. He forgot that the same logic can be extended to denounce the very idea of reservations. He expressed fears that if SC/STs are given reservations, there would be no Cabinet or Chief Secretary from other communities. But he does not explain what is so wrong if any SC/ST does indeed become a Cabinet or Chief Secretary.

Can Mulayam forget that Dalits gave unconditional support to OBC reservation during the Mandal movement? It was Ramvilas Paswan, then Minister for Social Justice, who was instrumental in bringing the Mandal Commission report back into the political discourse. Can he forget the contribution of the Dalit intelligentsia and Dalit students all over India, and particularly in JNU, for making the Mandal movement stronger? When OBCs were in need, Dalits gave support. Now, when Dalits are in need, OBCs refuse to lend their support. Is that ideology all about selfishness to get power? Then what is the difference between OBCs and upper castes when it comes to supporting Dalit interests? This might cost OBCs dearly some day when the upper castes oppose OBC reservations. There is no guarantee that anti-reservationists will make him the first Yadav Prime Minister of India. But one thing is sure. He successfully punctured the collective Dalitbahujan conscience and consciousness, constructed so assiduously by the Phule-Shahu-Ambedkar trio over the past 150 years. Why would Mulayam wants to go to as far as antagonizing SC/STs, who have a pan-Indian presence? Without the support of the C/ST vote bank, can he be a successful politician at the national level?

However, rather than try to weigh his political compulsions and calculations, it would be more productive to analyze his social need, driven by cultural commitments. Normally, an upper caste Hindu leader would have been at the forefront against SC/ST reservation in promotions. Instead, an OBC leader almost singlehandedly has taken the lead. Why would a shudra political leader dare to lead an anti-reservation movement against SC/STs? The key word here is shudra. Unless we understand the culture of the shudra in Hindu society, we cannot decipher Mulayam’s social need. The issue is not political but cultural. Why did he prefer the upper castes to the SC/STs? The answer lies in his culture and not in his politics. We need to understand his culture in order to understand his social preferences. His preference for the upper caste is a social preference – not a political preference – driven by cultural considerations. His opposition to SC/ST is a social opposition but reflected in a political act. It is not just a question of gaining a few upper caste votes in Uttar Pradesh. It is a question of a strong desire to share social space with the upper castes by denying opportunities to Dalits. It is a social message that Mulayam tries to give to the upper castes, that that OBCs are one among them. His whole exercise is to champion Brahminism while being a shudra.

Dalits and Adivasis are the most suppressed communities in the caste order. Backward caste shudras like Yadav, Lodh and Kurmi are economically and educationally backward in comparison to upper caste Hindus. Once OBCs gets education and wealth, there is no disparity between them and the upper caste. Educated and wealthy OBC shudras are respected and acceptable to upper caste society. The Supreme Court introduced the “creamy layer” restriction in the reservation for OBCs since they are still within the Hindu varna system. On the other hand, SC/STs are not only educationally and socially backward but also socially excluded from the Hindu cultural system. This is the reason why there is no creamy layer restriction for SC/STs. Even educational and economic progress do not make Dalits and Adivasis socially and culturally respectable and acceptable to Hindu society, as they are social aliens.

The Hindu village better represents the varna system. Backward caste shudras are part of the village and form a social army to defend the Hindu cultural system. A typical shudra is supposed to be more violent in defense of the brahmanical cultural system as it is his duty under varna dharma. He prefers psychologically to be with his upper caste social masters, instead of aligning with the Dalits. This is one of the reasons why Mulayam wants to be with the upper castes and opposed to SC/STs. In the varna system, a shudra has to do his duty to serve the three higher castes and, being a footsoldier of dharma, should fight against ‘avarna’, including socio-cultural aliens such as Dalits and Adivasis. Mulayam Sing Yadav’s opposition to SC/ST reservation should be seen in this cultural context. He is simply doing his shudra duty to serve the best interests of his social masters – the three higher varnas. He is protecting varna dharma by being a true shudra. His stand against reservations to SC/ST is a social commitment based on cultural affinity.

The “secular” Mulayam Singh Yadav supports the secular Congress party to prevent the communal BJP coming to power. The same secular Yadav vehemently opposes reservation in promotions for SC/ST government employees. The politics of the secular Yadav displays open disrespect to memorials to Phule-Shahu-Ambedkar, who were instrumental in providing the depressed classes including OBCs the right to vote and the right to a dignified life. Yadav’s politics is the best example of secular casteism. It proves that a secularist can also be a casteist. A secularist can also be a feudal and inimical to social democracy. Casteism practiced by a so-called secular person is called secular casteism. Therefore, Mulayam Singh Yadav is not a secularist in the true sense, but a true secular casteist. The kind of secular politics practiced in India, tries to replace Brahmin political power but not the brahmanical culture. It seems that secularism in India could defeat communalism but not casteism. After acquiring political power, the “secular” shudras try to imitate their upper caste Hindu masters.

Both secular and communal forces politically accept Dalit and Adivasi vote banks to gain power. Sanatan casteism and secular casteism practiced respectively by communal and secular forces ensure that the agenda of social exclusion and inclusion never becomes part of the dominant political discourse. The discourse of secularism versus communalism has been transformed from a social to a political ideology. Mulayam gets his inspiration from Gandhi and Lohia instead of from Phule and Ambedkar. Instead of adopting Dalitisation of Indian society, he prefers to continue with Brahmanisation. He wants to either replace or join the Brahmins at the helm of the affairs while continuing with Brahmanism. It is because of his ideological bankruptcy that he submits himself to brahmanical cultural suzerainty.

Prominent Dalitbahujan intellectuals like Kancha Ilaiah and V.T. Rajsekhar, argue for Dalitisation of OBCs. OBCs need to accept Ambedkar along with Phule and Shahu as their socio-cultural liberators, as do Dalits. OBCs need to accept both the Buddha and Jesus as spiritual saviours, as Dalits and Adivasis do. This is what Dalitisation means culturally. The cultural integrity of Dalits, Adivasis and Bahujans alone can keep them united. Without such a cultural ideology, constructed by Phule and Ambedkar under the impact of European modernity, the movement for reservation can only produce job seekers, power hungry political brokers and breakers of unity.