The policies of the Union government have become a big headache for the rice millers of Bihar. The Union government has directed the rice mills to buy paddy from the farmers at the minimum support price (MSP) announced by the government just as other agencies such as NAFED do. However, the Food Corporation of India (FCI), itself a Central government agency, does not buy rice produced from paddy bought on MSP. On the other hand, the rice millers are paid Rs. 150 less MSP on the Levy rice than what is paid to the state agencies. This has translated into rice mills incurring losses of lakhs of rupees every year.

The rate of pounding rice fixed by the FCI (Arba-Rs 10 per quintal, Usna-Rs.15 per quintal) is very low and has remained unchanged for too long. With inflation, labour costs have risen and so have the price of machinery parts. That has made the pounding of rice a costly affair. According to Bharat Kumar, a rice miller, while it costs Rs.1.50 per kg to process wheat into flour, the rate for pounding rice is 10 paise a kilogram for the last twenty years. After the withdrawal of one per cent VAT on food grains, the Entry Tax too has been done away with and so the traders now prefer buying rice from outside the state. This has also adversely impacted the rice industry. The FCI has directed that the rice millers will have to give 50 per cent of the rice produced from paddy brought on MSP as Levy and only then sell the remaining stock in the open market. Those violating this directive have been threatened with penal action under section 7 of the Essential Commodities Act. They have been warned that prosecution and imprisonment would follow. 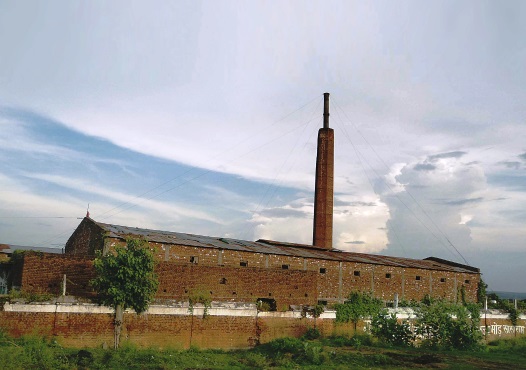 According to the Levy order, rice has to be given from November but the FCI has fixed no time limit for taking Levy. In such a situation, the rice mills will have to be kept closed till 50 per cent Levy rice has been given. How will the mill owners then meet the staff expenses, pay the farmers for the paddy purchased from them and pay interest on loans?

What will be the impact of closure of mills?

Each rice mill employs at least 100 persons. These include the personnel working in the boiler and all other departments. Hundreds of jute bag suppliers, brokers, bran and paddy sellers and traders purchasing rice will be affected. Take the case of Rohtas district with a population of 25 lakhs, a large percentage of whom are from backward castes. If the rice industry there were forced to close down, about 50 thousand labourers, their family members and businessmen would be on the verge of starvation or would be forced to migrate. The Rohtas administration, which is already facing the Naxal problem, will be in deep trouble if such a large number of persons become jobless. The state government, which has announced that it intends to get new industries established in the state to stop large-scale migration, faces the challenge of saving the thriving rice industry from closure and help protect the jobs of thousands of workers and lakhs of their family members. The Bihar State Rice Millers Association has presented its problems before KPS Kesri, chairman of Bihar Industries Association, MSME director DK Singh and Deputy Director Food Processing BN Thakur during their visit to Nokha tehsiland before Food and Civil Supplies Minister Shyam Rajak, when he was in Sasaram recently. The Association has also announced that unless its problems were solved, the rice mills will be shut down.

What the Rice Millers say

According to Mahendra Prasad, owner of Mahajan Rice Industries, the rice mills were on the verge of closure mainly due to the wrong policies of the central government. If the rice industry was to be saved from ruin, the Centre should change its policies. Ramavadh Patel of Pawansut Rice Mill says that the government should either give the rice industry the status of a state agency or should buy the entire rice production at the same price. Sanjay Singh, who owns Radhikaji Rice Mill says that as the pounding rate fixed by the FCI was very old and low, either the FCI should declare new, higher rates or, as in other states, the state government should give a subsidy of Rs. 50 per quintal. Pankaj Kumar, proprietor of Sitaji Rice Mill says that instead of buying rice from other states, the state government should encourage the local millers and buy their total output. That would solve the problem.

What the government says

Food and Civil Supplies Minister Shyam Rajak says that the Centre fixes the Levy on Rice. The rate is also fixed by the Central government. But looking at the problems being faced by the rice millers, the state government has written to the Centre for redressal of their grievances.