Through the eight cultural dimensions of time focus, work, merit, education, women, sense of community, ethics, and worldview-and-civic pluralism/monopoly, we have viewed the worldview issues of progress-prone and progress-resistant cultures. Alain Peyrefitte’s haunting parable of the World Train Station has been pondered here by riding a train that left the Station, Switzerland, and by sitting in a train that remained at the Station, Nepal.

Joining the eight dimensions with the trains metaphor is especially important in the light of the 500-years history lesson of the World Train Station: If a culture is willing to switch tracks, cultural transformation is definitely possible.

We know individuals can switch tracks. South Asians have normally switched tracks via education, immigration, and/or conversion. Indians are a clear example. Abundant proof is everywhere in the differences between Indians left-to themselves and Indians lifted-from themselves—whether historically in the Ambedkars and the Tatas, or in this generation in the Indian diaspora of the U.K. Indian immigrants from Uganda and the global Indian-origin Chawlas.

The issue that many question is whether entire cultures can switch tracks. Mahatma Phule believed cultures could switch tracks. Furthermore, he advocated a worldview track-switch for India in his Baliraja proposal.

Though Phule never travelled abroad, he clearly saw hurdles—worldview hurdles—that were endemic and persistent because they were embedded within the minds of the masses. One hundred years before the “culture-matters” school of thinking, Phule grasped the implications of spiritual-based worldviews for a people, “teachings that have been firmly imprinted on their minds from childhood.”

What Harrison, Grondona and others would propose in the 21st century, Phule proposed in the 19th century: a comparative analysis of the sociology and history of countries. Phule suggested a global survey for a comparative analysis of how societies worship, think and relate. This is what I call here the worshipviews, worldviews and worldvenues of countries and cultures.

Phule also manifested that driving sense of responsibility and compassion. Today that is attributed to social and spiritual entrepreneurs—a conscience of obligation, a heart for the poor and a voice for the oppressed.

If we compare the histories of all the countries in the world with each other, [we see that] the circumstances of the ignorant and god-fearing [low-caste] shudra farmers [of India] are certainly inferior to the conditions of other farmers in other countries. They have reached a level worse than that of the beasts and even beyond.

Phule was not overly sophisticated. But he was sincere, exceptionally bright and undeniably grounded in the realities of everyday majority India. His comparative history critique in The Cultivator’s Whipcord is research that is on-the-ground, in-your-face, and for-the-people. There are good reasons for why he is considered the father of India’s social revolution.

In the light of Phule’s critique and his Baliraja proposal, several questions arise.

1: “What are the reasons for the persistence of progress-resistant majority-India?” For that matter, what are the reasons for contrasting majority-Europe and majority-America, with majority-Latin America, majority-Middle East and Central Asia, and majority-Africa? What are the factors that make persistent Nepal a progress-resistant nation? And what are the factors that make Switzerland a persistently progress-prone nation? Is it climate, geography, or soil composition, that determine a country’s progress or lack thereof? Is it politics, economics, or sociology? Or is it luck, colonialism, karma, or perhaps merely a long- standing curse?
In a word, if there are reasons for the life conditions of majority South Asia, what are those reasons? And more pressing, could there be solutions?

2: “Could it be that culture is at the core of a country’s progress or lack of progress?” Phule thought so. And so do many others today. What then, is the lesson to be learned from the 500-years classroom of history?
Can a culture change? Can a Nepal become a Switzerland? Was a Switzerland once a Nepal? What are the implications of a society’s worshipview on that society’s day to day life? What are the contours of a worldview that energizes a progress-prone culture, and what are the contours of a worldview that inhibits progress, inclining a society to be persistently progress-resistant, as suggested by Harrison, Grondona, Bista, and others?

3: “Would there be any advantage for India to switch tracks?” Gandhi did not think so. But Marx and Ambedkar did. And so did Ambedkar’s and Gandhi’s guru, Phule. Phule, Marx, and Ambedkar all thought that India should switch tracks. All three thought India would prosper by giving allegiance to an alternative cultural mentor.

Regarding India’s historical hundred-year window (1850-1950), of the four change agents considered, only Gandhi counselled India to stay in the Station. Gandhi called for new chairs on the deck at the Manu train stop. But India herself, Gandhi insisted, should continue along the tracks already laid down and in place for millennia.

Marx, with a blood-curdling “All Aboard!” conjured up the city of ultimate utopia. But alas, history revealed him to only be a conductor to hell, his final stop always at Grim Gulag.

Ambedkar knew one thing for sure—he would not die under the Manu train stop. His track towards neoBuddha was well intentioned, but largely ineffective. His greatest contribution is surely that he “reconstituted” the legal framework, the new secular tracks that any Manu Train would be forced to run on in independent India.

But Phule’s call was different. Other than and before Ambedkar, no Indian thinker so comprehensively analyzed the dilemma of India politically, economically, socially, and culturally. No one else recognized and articulated what was so plain and pressing to Phule.

Phule alone put forth the Baliraja Proposal: Phule’s track-switching recommendation was that India should choose Baliraja, the mentor of those nations he had discerned to be progress-prone spiritually, socially, economically and politically.

It was a radical proposal then. It remains a rather shocking proposal today. But Phule did not wait for history. He struck out to demonstrate through his thoughts, words, and deeds what life in a new India might look like—India on the Baliraja track.

Phule pulled out of the Station on the Baliraja Shatabdi Express personally. Switching tracks himself, Mahatma Phule began fast-tracking through

Phule’s Baliraja Shatabdi was a 19th-century model of life as India might be reconceived and reconducted by a progress-prone Baliraja proposal.

The question that Phule still poses to India and all Manu-mentored cultures is Hatch’s “improvement” question, a question globally addressed to “unsuccessful” societies everywhere: “Would there be any long lasting advantages throughout society’s segments by switching tracks?” In other words, if India switched worldview tracks, would her South Asian masses join other nations around the world in a new zone of living? Would India become a new enrollee in the school of the 500-years history lesson?

And, what might be the changes in the lives of and the advantages for her people if she chose an alternative cultural mentor? Would mentorship by Baliraja allow India and other South Asian societies to join other nations in becoming progress-prone nations? Would Phule’s Baliraja proposal perhaps even provide an alternative to the centuries of persistently progress-resistant worldview hurdles?

Lastly: “If there are intellectuals, leaders, and activists of India who see merit in Mahatma Phule’s Baliraja proposal, what are the steps to carry forward the global conversation on that topic?”

Obviously, that is not for me, a foreigner, to decide those steps. But I can say that there are friends of India around the world who wish India well and who would likely be interested an ingaging in that conversation.

For such are the worldview issues—issues at the core of the agonizing gap between progress-prone and progress-resistant cultures. Surely Varma is close to the heart of the matter when he says:

The key issue that will determine the emergence of India in the 21st century…will be the ability of…Indians to forge a national consensus… of progress and development that involves all Indians.

And 88% India—Other India—cries out for that conversation to go forward. Mahatma Phule looked to “some time in the future” when India would seriously consider his Baliraja Proposal.

My question is simple, but also serious: Could this be the generation of the future that Phule anticipated?—the generation when India will fully flourish; the generation to join Mahatma Phule’s “All aboard!” and switch tracks? 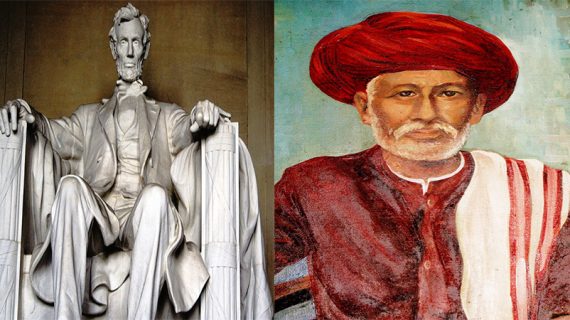 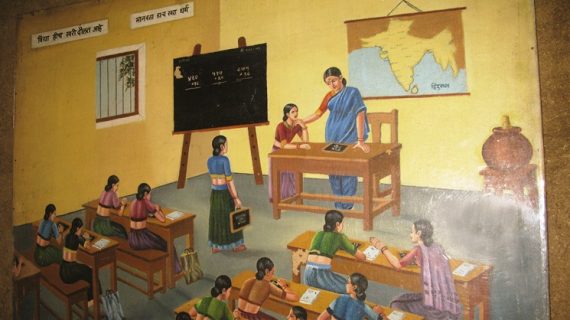 Savitribai and Tarabai Shinde Rising Against a Conspiracy of Silence

By establishing the first school for girls in India at Budhwar Peth (Pune), Savitribai tried to bring revolutionary changes in the life of Indian women. She opened the doors of wisdom and knowledge for Indian women 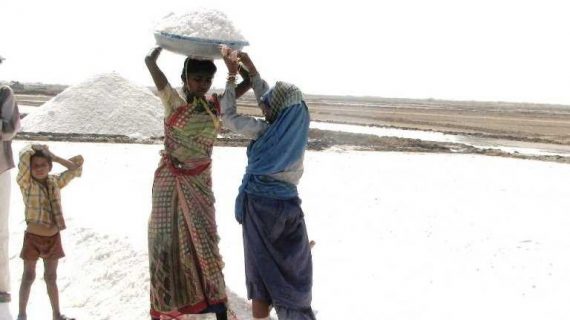