For Hindi filmmakers, love is a well into which they can push and drown any burning, sensitive and
serious issue – and kill it. It is not that only the masala film producers put the well of love to this destructive use. Even those who are described as serious ’filmmakers” do the same. Instead of using love as a weapon to better society they use it to smother serious issues. Whether you are viewing a political film or one based on terrorism or a social masala film, in the end you will discover that it is a another stereotypical production. Sudhir Mishra’s much-touted film on sexual oppression ‘Inkaar’ (Denial) too meets the same typical Bollywoodian fate.

The film was released – either by chance or by design – after the “Damini” rape case. But unwrap the label of sexual oppression and from it emerges a run-of-the-mill tale of love and romance. Incidents of sexual assault on women are nothing new but they have increased manifold over the last few years as the women, refusing to remain confined to the four walls of their homes, began to venture out into the world. The market takes the credit for this social-cultural-economic transformation and claims that it has liberated women from an old mould. This limited liberation of women has benefited the men most because they are the key players in the market and also operate it. There is a line in a poem by Savita Singh, “Accha Hai Mukta Ho Rahee Hain Istriyan, Mil Sakengi Swachhanda Sambhog Ke Liye” (It is good that women are getting liberated; they will now be available for free sex). 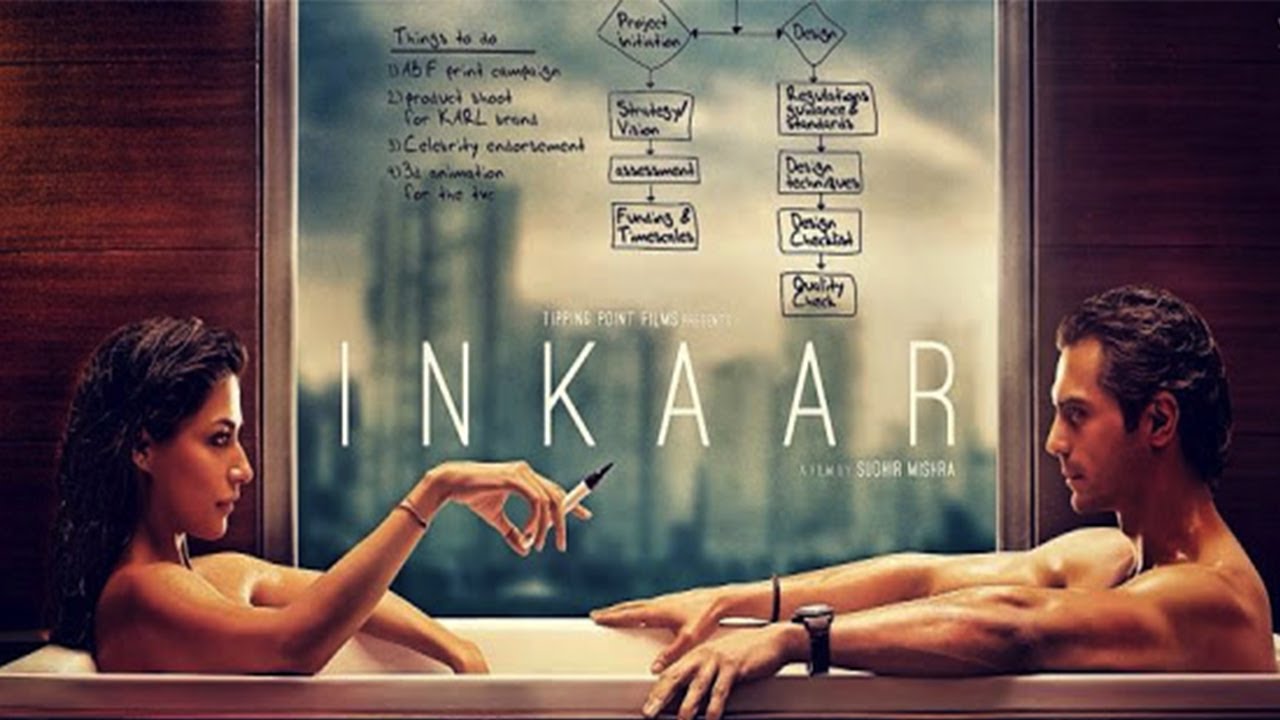 Needless to say, because of this mentality, work places have become new zones of oppression of women, and this has emerged as a major issue. Making a film on this issue demands intensive homework, research and vision on the part of the filmmaker, besides, of course, the comprehension of how a sensitive woman looks at things. One hopes a lot from a film produced on such a subject, especially if it comes from the stable of Sudhir Mishra, who has made films like Ye Woh Manzil To Nahin, Is Raat Ki Subah Nahin and Hazaaron Khawaishien Aisi. But as the director of Inkaar, Sudhir Mishra fails to meet the expectations one has from the maker of the aforementioned films. The film opens with the hearing of the charge of sexual exploitation, boldly and courageously levelled by the heroine at her boss. As the hearing proceeds, the story unfolds. It appears different from different angles but a different point of view can change the story, not reverse its direction, as the director seems to believe. In fact, it appears as if the filmmaker is standing by the hero.

This not only reflects the male chauvinism of the director but also his compulsion to defend his hero and save him from humiliation. Although the filmmaker is a feminist, not only by his own admission but also in the view of a section of society, his feminism is circumspect. He believes that giving prostitution legal sanction is the right of women and sees it as the freedom to choose one’s profession. The hero openly and often and in so many ways takes the credit for building the career of the heroine that one cannot help but wring one’s hands in despair. It seems as if the hero has infused life into a figure of clay or as if the heroine has no talent of her own.

At one level, the film looks like the tale of the bruising of the male ego due to the rising stature of one’s subordinate woman employee or a girlfriend; at another, it seems like the story of a woman who uses her boss to move ahead in life. Since the woman has already slept with her boss, the story begins with the argument that “what more oppression can he do” and moves on till it seems that it is a story of the power struggle within a corporate house. But it stops only a while at this point. By the end you realise that it is only the umpteenth use of the clichéd formula that the frequent fights between the boy and the girl are, in fact, a manifestation of their love. Producer-actor Aamir Khan, in his film Delhi Belly, had succinctly expressed this formula as “I hate you like I love you.”

As the film takes the slippery road towards mediocrity, the filmmaker suddenly remembers that he is a feminist and so he thrusts a dialogue or two of the type “You men! …” into the mouth of the heroine and tries to win at least some applause from the girls among the audience. But by then, it is too late. Whether young or old, all members of the audience are fed up. The film could have been ended at this point but then the filmmaker remembers the dignity of the hero. The hero has been portrayed as anti-women many times and that perception needs to be corrected. So, when the heroine has almost lost the battle, he mails his defiantly worded resignation and thus rises a few notches in the eyes of the heroine and the audience. In a variation of the Sanskrit maxim ‘“Mahajano Yen Gatah, Sa Panthah” (The path that the great men tread, the society also treads) the film seems to say the “Nayak Yen Gatah, Sa Nayika Pantha” (The path that the hero treads, the heroine also treads). So, the heroine dutifully takes the hero’s path. The song that plays at the film’s climax indicates that they will meet, that their union is inevitable. The charge of sexual exploitation was only a test of their love, which they went through partly on their own and partly as a pawn of others. Thus, the film based on sexual exploitation reaches its romantic culmination. 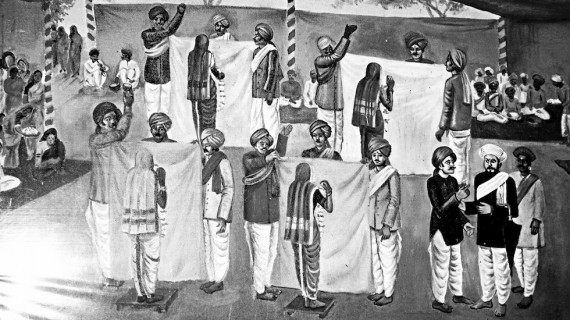 Jotiba’s first taught his wife Savitribai to read and write. When he took the battle outside his home, he realized that “To educate women and to cultivate their intelligence, to give them respect that they deserve … is against the religious beliefs of Hindu people …” 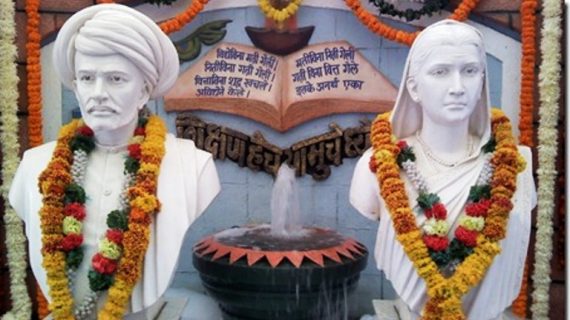 In a city like Pune, which was in the stranglehold of brahmanical beliefs, Savitribai not only completed her education braving all odds but also took the bold initiative for teaching girls. Sujata Parmita sheds light on her lasting legacy 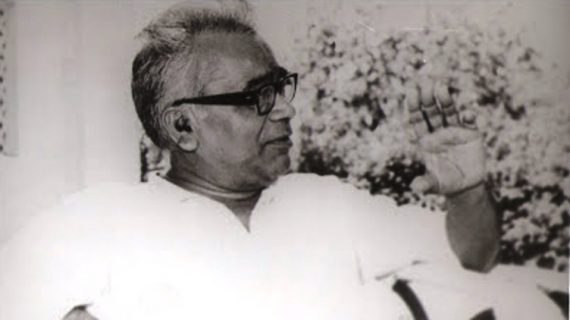 Do you know the feminist Lohia?

He dreamt of a coalition of the backward castes, Adivasis, minorities, working class and women which would unitedly oppose all the different axes of power – caste, class, race, gender – and usher in a new world