In early 1982 a quiet and hesitant government employee came to me in Chhatarpur (MP) and asked: “Could a group of us visit you next Sunday morning?”

Eight of them cycled 13 km to meet with me. They had been tracking my activities since 1980, when I was thrown into Tikamgarh Jail for serving the victims of a hailstorm. They introduced themselves as members of BAMCEF (Backwards and Minority Community Employees Federation). I had never heard of a trade union whose primary purpose was to change their world, rather than get favours for its members. The dream to change the world, however, was in the air. I had seen radical slogans painted everywhere in the city by an unknown group called DS4 (Dalit Shoshit Samaj Sangharsh Samiti, Dalit and Exploited People’s Struggle Committee). My visitors told me that they were the ideological force behind the boys who were painting the city blue. Their objective was to awaken a sleeping giant – the victims of an oppressive social system labelled “feudalism” by my socialist friends, and “Manuwad” by these new friends.

The visitors described their Sahab in Delhi. He used to be an officer in the Ministry of Defence; but he gave up his secure job and renounced marriage to be free to serve the victims of the Hindu caste-system; he had cycled from Kanyakumari to Delhi with a group of young people to educate the Dalit (SC/ST) and Shoshit (Backward Castes and Minorities) communities. He was uniting and organizing them to become the Bahujan – the democratic majority. BAMCEF, they said, was Sahab’s intellectual and financial bank. It grew his ideas and funded them. They learned Ambedkarism from Sahab and taught it to their communities. The Sahab was out to build a cadre-based movement, financed by the Dalits and ‘shoshits’ themselves.

Like most Indians I had experienced and come to believe that government employees were out to extract bribes from everyone. Therefore, it was astonishing to hear about an Indian officer who was determined to give up his office and mobilize ordinary clerks to give their time, talents, and money to change society. It is true that – if unaccompanied by moral regeneration – any large-scale political awakening of the downtrodden of the sort that Kanshi Ram intended, could end up destroying democracy itself – as had happened in France. It had happened also in every South and Central American nation and Caribbean that followed the French Revolution. And it could happen in India. Yet, even if that became the final upshot from Kanshi Ram’s efforts, his worst critics will have to concede that awakening the oppressed is his successful and enduring legacy.

“So, do you teach Buddhism?” I asked my visitors.

“No, we are non-religious. Sahab did start a Buddhist Research Foundation, but he realized that Buddhism is about inner, religious peace – not social liberation. Therefore, his philosophy was never intended to be an agent of socio-political change. Politics, not religion, the Sahab says, is the key that will open every lock.” As it turned out, exclusive reliance on politics became the crucial factor behind Kanshi Ram’s ultimate failure.
The visitors became my friends. They invited me into their homes, and initiated me into the underground Ambedkarite literature. The mainstream media never reviews this literature; therefore, it does not comprehend why Ambedkar’s name moves more people than Gandhi’s. This literature generated the intellectual awakening that Kanshi Ram and Mayawati harnessed so effectively.

Unexpected twists and turns in my life did not allow me to meet Kanshi Ram until 1987, until after I was thrown in jail in an attempt to rescue a Scheduled Caste doctor from unjust imprisonment. His appointment as the head of a government hospital in a small town in Bundelkhand had triggered a volcanic eruption of caste prejudices. The upper castes could not tolerate the fact that an untouchable – a chamar – had acquired the right to examine upper-caste women! Normally no Hindu would confess that dark casteist predispositions simmer in his heart. It is so much a part of our cultural consciousness that we do not own personal responsibility for the evil within us.

I was drawn into the caste-conflict because, in order to retain her vote bank, an upper-caste Congress Member of Parliament had the doctor beaten up and thrown in jail on a fabricated charge of rape. A Muslim member of the BJP urged me to do something for the poor doctor, who had been locked up in a non-bailable case. His promising career ruined at a time when his wife was expecting their first baby. My DS4 friends agreed that something ought to be done. When I called for a public meeting in the doctor’s defence, he was moved to another jail and I was thrown into his cell in his place!

Kanshi Ram heard about the episode and invited me to meet with him. We met in Banda and Jhansi in BSP rallies, where he was preparing his cadre-based army for the Allahabad by-election. He had decided to fight against the media’s darling, India’s future prime minister, V. P. Singh. I was impressed by this, then unknown, “Sahab’s” unusual organizational skills. He displayed an amazing ability to come up with detailed plans to mobilize thousands of highly motivated and well-informed workers from all the districts around Allahabad.
Equally impressive was the sheer brilliance of his strategic audacity to take on the combined opposition’s candidate, who had embroiled Rajiv Gandhi – up to then regarded as Mr Clean – in the Bofor scandal.
A few months before the by-election, Kanshi Ram and I met for lunch in a five-star hotel in New Delhi. He explained that the upper castes were only 15 per cent of India. They were ruling and exploiting the 85 per cent because the democratic majority, the ‘Bahujan’, was divided into thousands of sub-castes. His mission was to unite them into one party, so that they could acquire political power which was, in fact, theirs for the taking.

Kanshi Ram finished third in Allahabad, but the dedication of his followers amazed the media. The downtrodden saw him as their hope, their messiah. It became obvious to me that he, in fact, had the message and the ability to win UP, if not India. So, for the sake of my friends, for the sake of people like that doctor abused by a Congress MP, I accepted Kanshi Ram’s invitation to serve in his headquarters in Delhi and to organize the BSP in Khajuraho constituency. Soon after that, in 1989 the BSP won 13 MLA seats in UP, but far from uniting the Bahujan, Kanshi Ram could not keep his elected leaders together. His rivals found it easy to buy his lieutenants who knew him well.

Eventually, the BSP did win UP, first by forging an alliance with a backward-caste leader, Mulayam Singh Yadav, and then by making peace with the very upper-caste brahmanical forces Kanshi Ram had portrayed as the villains of Indian history and society.

An alliance with Brahmins can be accepted as political realism or pragmatism, yet, it is sadly true that Kanshi Ram’s political success came at the expense of the failure of his social vision. Instead of joining hands with each other, each backward caste in North India began to organize itself as separate party. My father’s caste – the Kushwahas – who had followed Kanshi Ram, began using a new dictum, “Jiske pas dal nahin, uske pas bal nahin” (The caste without a political party is without power.) His lofty vision of uniting SC/ST/OBCs/minorities into one political force failed. This, I believe, was partly because his theory did not match ground realities. It has been hard for the 75 per cent Shudras (OBCs and SCs) to unite because in daily life they oppress each other, perhaps even more so than the Brahmins do.

It is true that Brahmins were never Kanshi Ram’s enemies. His enemy, he said, was Brahminism. Yet, the idea that the Shudras, (OBCs and SCs) hate and oppress each other because Brahminism has corrupted them all is simplistic and false. That argument exposes the heart of Kanshi Ram’s problem: Babasaheb Dr Bhimrao Ambedkar may have made a mistake in embracing Buddhism, but Kanshi Ram’s decision to ignore religious/philosophical issues prevented him from coming to terms with the evil in every human being’s heart – Brahmin or non-Brahmin. If the root of our problems is religious – Brahmanism – then how can politics be the solution? Ambedkar’s mission was annihilation of caste. Using caste to capture power became Kanshi Ram’s mission. Politics could not unite the Bahujan because Kanshi Ram’s experience had taught him that he should not trust his own followers. What makes us so untrustworthy? How can a messiah save us, unless he saves us from the sin in our hearts?

Kanshi Ram attacked inequality, but his refusal to explore the spiritual dimension of reality prevented him from explaining why caste hierarchy is false – or indeed whether human beings are equal. Should Chamars in UP love Yadavs? Why? Why do we despise and oppress each other? Is politics really the key that can change our hearts? Kanshi Ram was a great politician. He could not offer a realistic solution for India’s deep social problems, because he did not care to think about serious philosophical and spiritual issues raised by our social reality. 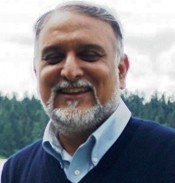