He tries to recall how many children had died of hunger in the last floods. The figures gradually float into his memory. Last time, when the Kosi was in spate, 2.5 million families were rendered homeless. The children were the most affected. The government has no figures of how many children died. The bodies were just dumped into the river.

Such deaths mean nothing for one unless one can put names to the faces of the bodies. In the last 200 years, the Kosi changed its course 12 times and returned to its original course after wreaking havoc. The chances of such disasters revisiting the area have only multiplied. The area, which once had the capacity to contain the rivers, , is now in shambles. The government has broken the cordiality between society and the rivers in Bihar. And the people have to pay the price for it. Frequent floods have changed their culture, their lives. Even their songs have changed. The songs now portray the pain of floods and displacement. 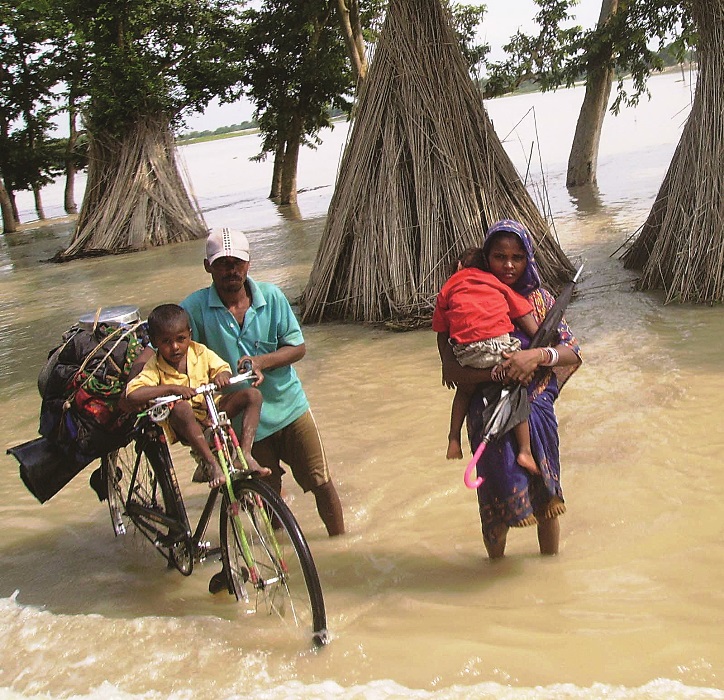 “Bisahri mother is angry; placate her Maliniya. The ponds and fields have been submerged. How will we live without children, Maliniya? My father tills the land. And my sister-in-law is clearing the fields. Therein grows paddy. We will roast it. And then taken it to the Bihariya Machan”, goes the rough translation of one of the Maithili songs.

North Bihar is replete with Himalayan rivers. There was a time when society knew how to cope with floods. Now, people say that the rivers have given them nothing except pain and sorrow. The terrible Kosi river flood of 2008 hit several districts of the state. The Rajsonbarsa block of Saharsa district was also seriously affected. Around 10,000 residents of Amrita, Bareth, Bhabra, Rakheta and Khujuraha villages had to flee, leaving their homes and fields behind. Mukesh Sada of Amrita village in Rajsonbarsa block of Saharsa district is eight years old. In the last flood, his house had collapsed. He dropped out of school. His father went to Punjab to earn a living, never to return. His mother Savitri toils in the fields to feed her five children. Sometimes, she doesn’t get any work and the children have to go to sleep on an empty stomach. Mukesh is not alone. 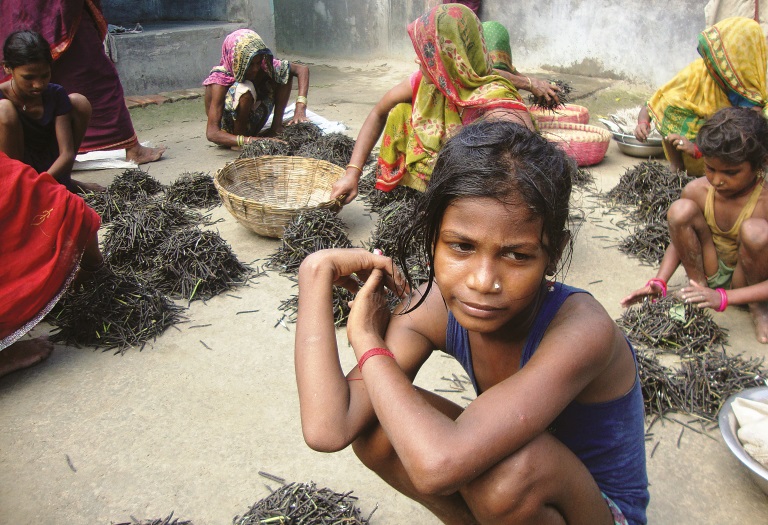 There are hundreds and thousands of Mukeshes, who have been rendered homeless by the flood. Forget about the distant central government in Delhi, even the state government in Patna cannot hear the heart-rending wails of these children. Had it not been so, the homeless children would not have disappeared from our memories so soon. The danger of flood is lurking once again. But the government is least bothered. It has its relief packages and it has the politics of floods. Everyone is aware of the way the rescue and relief operations are conducted. The most important question is of rehabilitation of the displaced. Setting up relief camps and distributing rice and clothes would not serve the purpose. What is needed is political will and intense advance preparation.

Needless to say that it is the poor who suffer the most in floods. In 2010, the Association of Indians for Development, an NGO, conducted a survey in the flood-hit areas. The survey showed that 6 of every 10 children were malnourished and the level of malnourishment in one of every 10 kids was so high as to pose a danger to their lives. Only 20 per cent children were vaccinated. The annual income of 19 per cent of the people was less than Rs. 5000. Among malnourished children, 30 per cent came from Scheduled Caste families and 11 per cent from Muslim families. Over 90 per cent of the malnourished children were suffering from one disease or the other. Nearly three-fourths of the people had taken a loan from money-lenders to pay for their medical treatment. 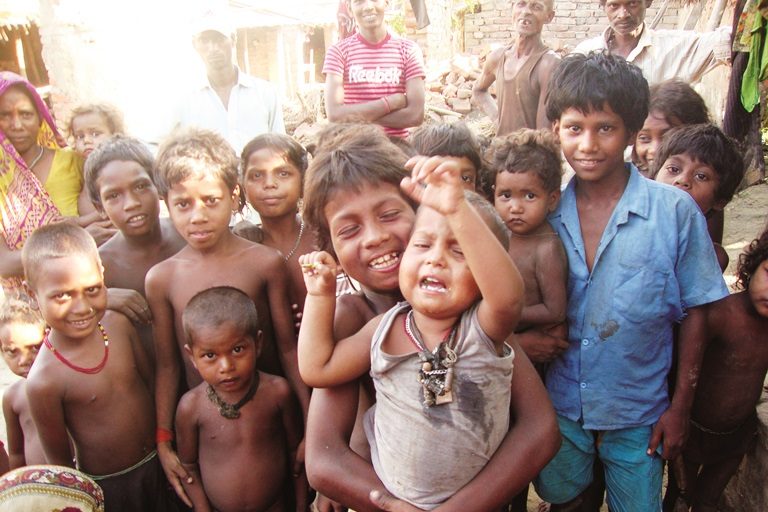 Official statistics say tell same story. According to NFHS (National Family Health Survey)-3, around 50 per cent of child deaths in Bihar are attributable to malnutrition and 47 per cent kids are not growing in height. Forty-seven per cent children are under-weight.

The key reason behind the malnourishment and hunger among children is that the benefits of government schemes have not reached them. Two years after the 2010 survey, another survey was conducted under One World Media Fellowship. The survey showed that things had only worsened. Half of the children of Motipur and other villages in the Simrahi block of Supaul district are not getting their mid-day meals. The children said that they get meals only 6-7 days a month. Around 77 per cent children complained that they get only ‘khichdi’ for their mid-day meals. Over 57 per cent government schools do not have kitchens. Three-fourths of the residents are living below the poverty line and half of them are landless. Labourers get 40 rupees or 5 kg food grains in return for working for 8-10 hours in fields. Most of the people know nothing about the minimum wages prescribed by the government. In some villages, all the men have migrated in search of work. Only women, children and the elderly are left.

Floods have deprived children of their fathers, their schools, their fields and their ponds. Having faced the terror of floods, the children are now facing the horror of hunger. The children say that they suffer the most during floods. There is not a grain to eat in the house. “The last time when there was nothing to eat, my grandmother boiled some wild grass and gave it to us to eat”, says a child. For two months, the children either remained hungry or ate only salt and rice. Floods have terrorised and traumatised them. The memory of those days still haunts them. If we want to build a healthy society, we will have to free our children from the clutches of hunger and malnutrition.