Shimla: With an aim to shatter the caste barriers among young men and women, Himachal Pradesh Chief Minister Virbhadra Singh has enhanced the inter-caste marriage incentive from Rs 25,000 to Rs 75,000. It will be given to any couple where one of the spouses belongs to a Schedule Caste (SC).

Although inter-caste and sub-caste marriages remain forbidden in many parts of the country Himachal Pradesh is the first state which is trying ­­­­hard in dissolving these kinds of differences. The scheme was introduced in 1994 but in the past four years the scheme has encouraged only 1113 registered inter-caste marriages. The highest recorded was 304 in 2011-2012, followed by 300 in 2010 -11. In 2012-13, only 277 couples registered their marriages while the lowest 232 was recorded in 2009-10.

M P Sood, Special Secretary, Social Justice and Empowerment, says, “We have seen in the past few years that the cash incentive of Rs 25,000 was not encouraging too many couples. So we have decided to make it lucrative by more than doubling the amount. Now, we are expecting more and more young couples, especially women, will come forward to break the caste barrier.” 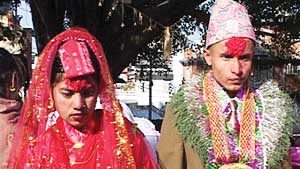 Newlywed from Chopal in Shimla district, Pramod and his wife Anjali believe that all these beliefs are manmade. “One has to live with one’s partner not with their caste”. Pramod, a businessman, who belongs to the lower caste while Anjali is a high caste Rajput.

Pramod says, “In our case our family is totally against says this marriage. We tried a lot to make them understand but they did not agree. Anjali’s parents threatened me many times but when we said that we can’t live without each, they agreed and said they wanted their daughter’s happiness.”

Rameshwar Sharma, Additional Director of the Social Justice and Empowerment department, said the state is expanding opportunities for the Scheduled Castes, who constitute 24.72 per cent of state’s population. “Promoting inter-caste marriage is just one step in destroying the caste system,” he added.
Even the Supreme Court in 2011, declared that inter-caste marriages are the national interest. 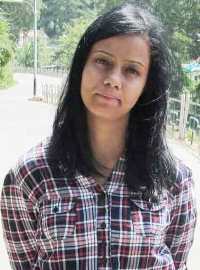