The tenure of the Ashok Gehlot government of Rajasthan ends in the first week of November and in December the state will go to the polls. As the elections draw closer, the political equations in the state are changing rapidly.

‘We want a Jat chief minister’ is an old slogan of Rajasthan politics. Jats constitute 12 per cent of the state’s population. That despite their numerical strength, no Jat has ever become the chief minister of Rajasthan has been a persistent complaint of the community. In six of 25 Parliamentary constituencies of the state, the Jats are in a position to decide the winner. In the run-up to elections, both Congress and BJP always promise that they would accord Jats their due place in the government but once the government is formed, Jats are given short shrift. Till 1999, the Jats were considered a
traditional vote bank of the Congress. But after the Atal Behari Vajpayee government accorded OBC status to the community in 1999, the Jats jumped on to the BJP bandwagon en bloc and as a result, the BJP formed its government in the state.

In the upcoming elections, neither of the two parties seems to be willing to fulfill the dream of the Jats to see a member of their community occupying the chief minister’s office. The Bharatiya Lok Dal of Om Prakash Chautala is trying to drive a wedge in the Jat vote bank by nominating 52 Jats as its candidates.

The caste equations in the state’s politics are a bit different from those obtaining in other parts of the country. The voters are polarised in favour of the upper castes because they have been wielding power in the state without a break. The OBCs and Dalits could never win power and hence their votes could never get polarised. Power, it goes without saying, is the catalyst for polarisation of votes.

Jat politics is synonymous with peasant politics in the state. That is why other Backward castes are also favourably inclined towards the demand for a Jat chief minister. Rajputs are the chief political rivals of the Jats and they wield considerable clout in the BJP as well as the Congress. Both the communities are thoroughly polarised, though, while the unity among the Rajputs is based on caste-related issues and problems, the Jat vote bank is built on issues related to farming. 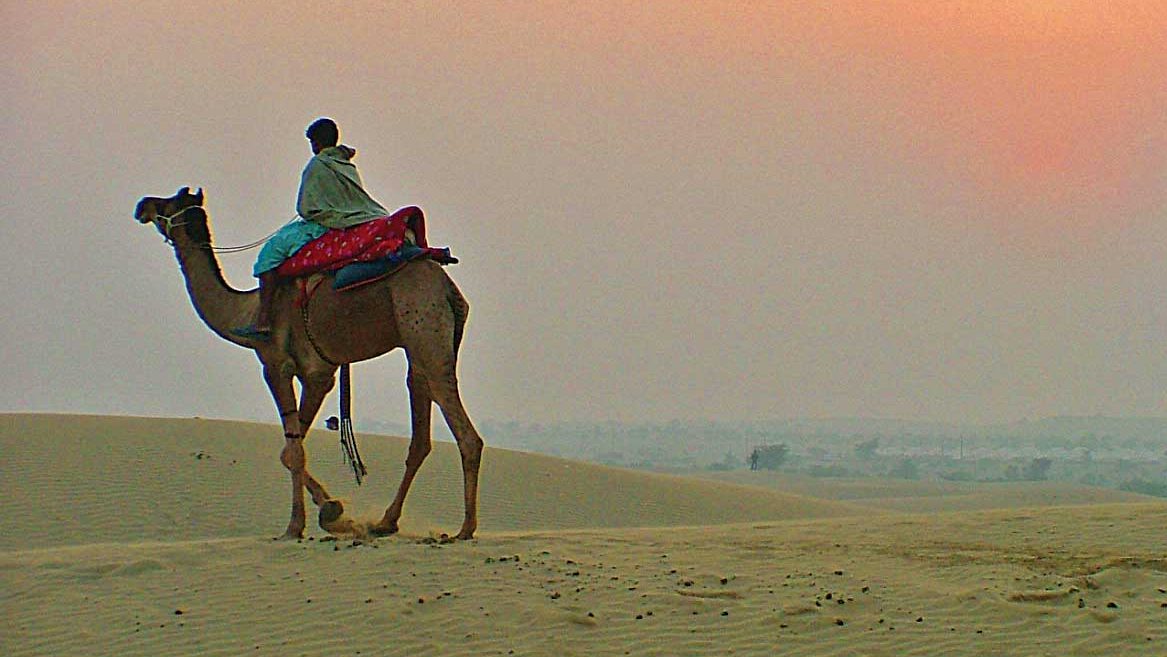 One reason why the Jats have failed to make a mark in politics is that they lack strong leadership — both at the Centre as well as in the state. The community is also a house divided against itself, with Jat leaders spending their time and energy on cutting each other to size. The unity among Rajputs is much stronger. It is said that in Rajasthan, the Rajputs put loyalty towards their caste above loyalty towards their party.

Sikar, Jhunjhunu, Nagaur, Sriganganagar, Dhaulpur and Bharatput are Jat-dominated areas. In this area, the Jats are socio-economically dominant. From government jobs to business and industry — it is they who call the shots.

Of late, many Jat leaders have joined the BJP. Former External Affairs Minister Natwar Singh has announced his support for Vasundhara Raje. Heavyweight Jat leader Hari Singh and three former MLAs Jhabarmal Sunda, Dilsukh Chaudhary and Ranmal Singh have joined the BJP. But even this development may not lead to the realisation of the dream of a Jat chief minister as the leaders who have joined the BJP do not have much of a popular base.

Meanwhile, another caste-based equation is taking shape in the State. And that is a joint front of Jats and Meenas. If it fructifies, it would be a OBC-ST joint venture. Provided this front succeeds in equipping the anti-upper-caste voters with class consciousness, it has the potential to radically transform the politics of the state. The Jat-Meena alliance may get the support of other Dalit and Backward castes too. If that happens, both the Congress and the BJP will have to depend on this ‘third force’ to form their governments. And in that case, Rajasthan may well have its first Jat chief minister — turning an old dream into reality.