Let us first take up the most basic question, viz. what has liberalization, liberalized. Has it liberalized the system which we called socialism or the socialist structure? The system that prevailed under the socialist structure was not really socialist. It only selectively followed some principles of socialism. Private capital was not entirely eliminated but the state did build a parallel industrial structure under the public sector. Though there was no ban on private enterprises, they were subject to many controls. This system was abandoned overnight. The socialist structure was allowed to collapse and the government gave up its control on the industry and the market. Now, the government and the market were face to face. Or, shall we say, the government was in the midst of the market.

The state-sponsored or state-centric system became market-centric. These sweeping and sudden changes left the Dalit-OBCs dumbfounded. They thought that their collective interests had been given a go by. The public-sector enterprises began collapsing one by one and when the NDA government launched its massive disinvestment drive, it seemed that the Bahujans would be ruined. 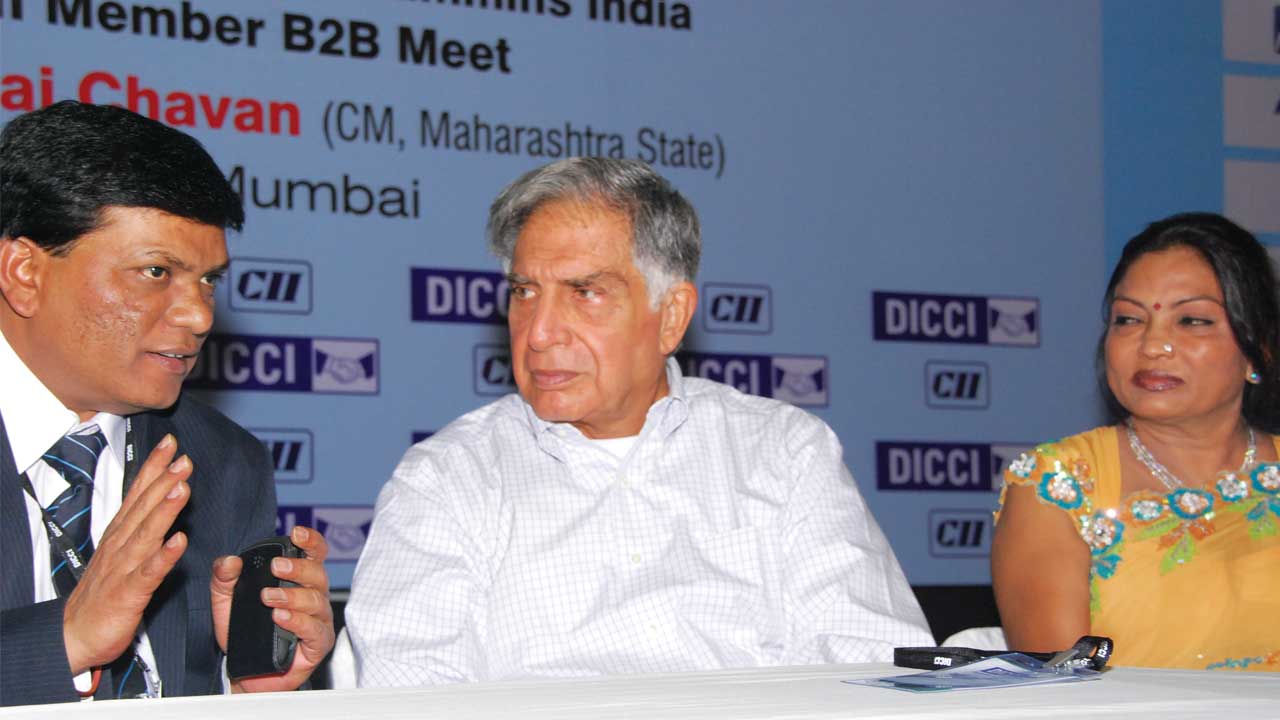 This was the time when the first or second generation of the Bahujans was going to school. The members of the community did not have adequate knowledge of English. A small vernacular-educated class was all they could boast of. Most of them were in government jobs. Probably, that was why Kanshi Ram decided to organize the government employees rather than the workers. Through BAMCEF, he politicized them. Liberalization came as shock for this class. Job opportunities in the government began shrinking. There were Dalit-OBCs who believed that liberalization was a conspiracy of the Brahmins in power. As Reservation had curtailed their share in the government jobs, the Brahmins, like Vishwamitra, created a new world for themselves. This new world – the market – would be the sanctuary of the upper castes, it was said. 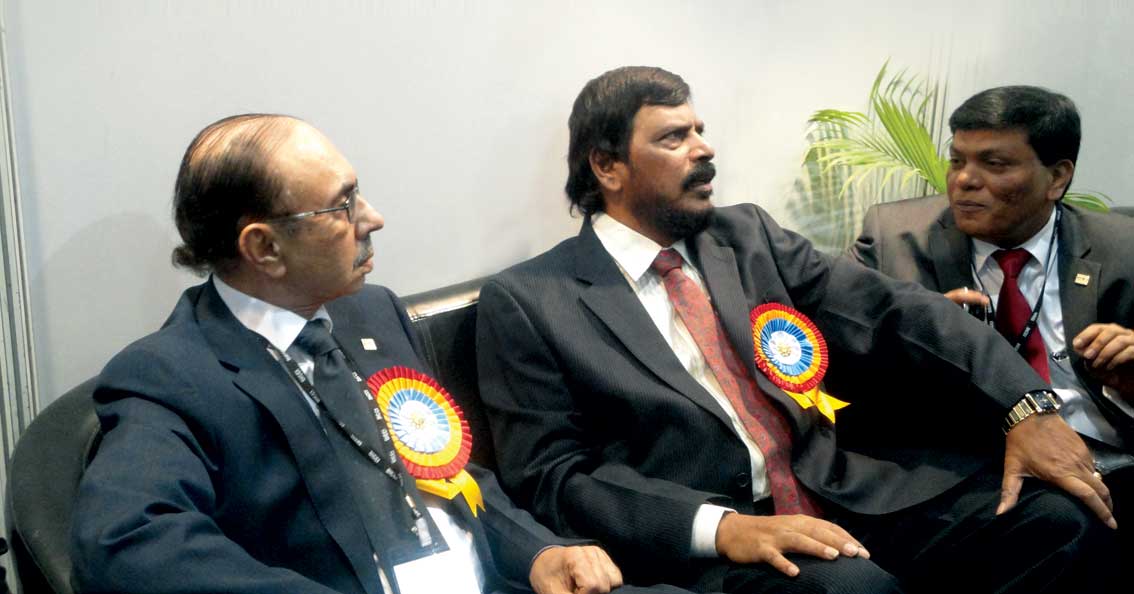 But isn’t this tantamount to seeing only one side of the coin? Why are Chandrabhan Prasad and Gail Omvedt, who write on Dalit issues, supporters of a free economy and liberalization? I remember an article by Gail Omvedt. It was published in The Hindu on 1 June 2000. It said that in the corporate sector, Brahmins are the biggest caste group. OBCs form only 4.5 per cent. Even the number of Banias is one-half of that of Brahmins. I was surprised by the figures. But then, facts are facts. If, notwithstanding the fact that the free economy would strengthen the Brahmins, Omvedt supports it; there must be reasons for it.

On the other hand, the brahmanical socio-political groups are opposing the free economy in the name of swadeshi. The Communists are also doing the same. This all seems to be a riddle.

A pertinent question is whether the Brahmins were dominating the corporate sector in pre-Independence India too? This question is a bit difficult to answer. The first thing is that in pre-Independence days, the corporate sector did not exist in its present form. At that time, there were trading and business firms run by the Banias and textile manufacturing was the only industry. The Brahmins did not dominate it. A majority of the workers in the textile industry were Brahmins. That was because the untouchables could not be employed in jobs such as making clothes or cooking food. It was due to the large-scale presence of Brahmins in the textile units that Brahmin leader Balgangadhar Tilak got an opportunity to become a leader of the workers. But the number of Brahmins in the industrial houses was not very large. 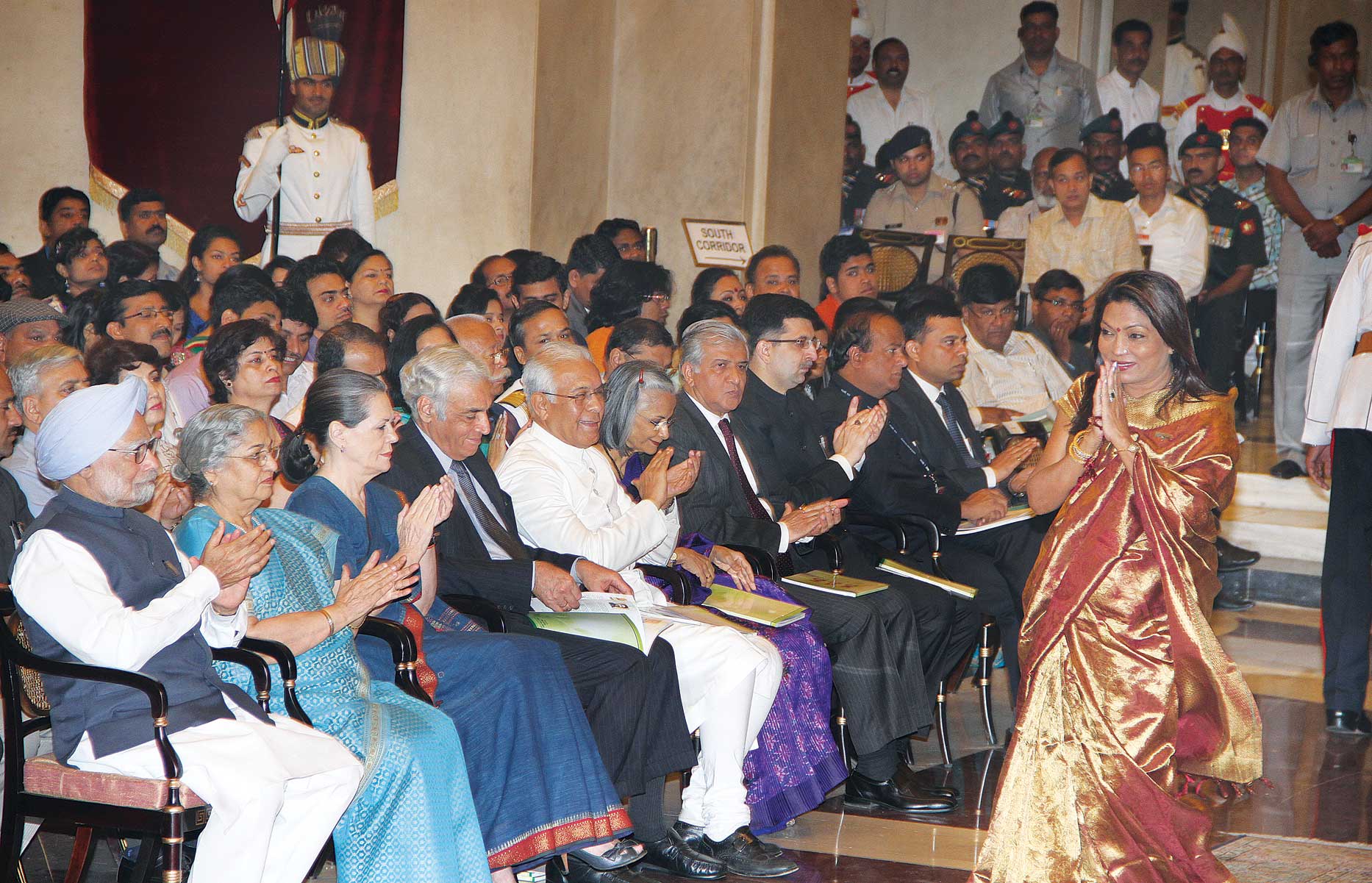 The Nehru era was when the Brahmins made fast inroads into the industrial houses. How and why this happened is a subject-matter for a study but it is clear that state-centric economic growth helped them. This happened both in the public as well as in the private sector. In the public sector, there was not a single unit headed by a Dalit or an OBC. In the private sector, the “quota-permit raj” benefitted the upper castes as they were controlling the government machinery. Obtaining license or permit was not easy for everyone. That is also one reason why the Banias too shrank in terms of numbers. In the controlled economy, contacts were needed more than the capital to start an industry. One difference between public and private sectors was that the former was burdened with extra labour (or labourers) while the latter was plagued by extra capital. Due to lack of management skills and unwarranted government interference, appointments were made at will in the public sector. When Nehru described [industrial units] as India’s new temples, the Brahmins (in fact, the entire upper-caste section), took it in the literal sense. The Brahmins were inefficient workers. They brought the public sector into the red and ultimately, led it to its ruin.

In Indian society, traditionally the Bahujans have been artisans, farmers and labourers. But the state-dependent socialist economic order did not use their services up to the expected level – and had to pay the price for it. But what should be done now when economic liberalization has laid the foundation of market-centric growth and the state has all but pulled out from the market.  There are some who believe that India’s economic liberalization should only have been ‘internal’ only, i.e., the permit-quota raj should have been done away with but India should have been protected from the global economy. 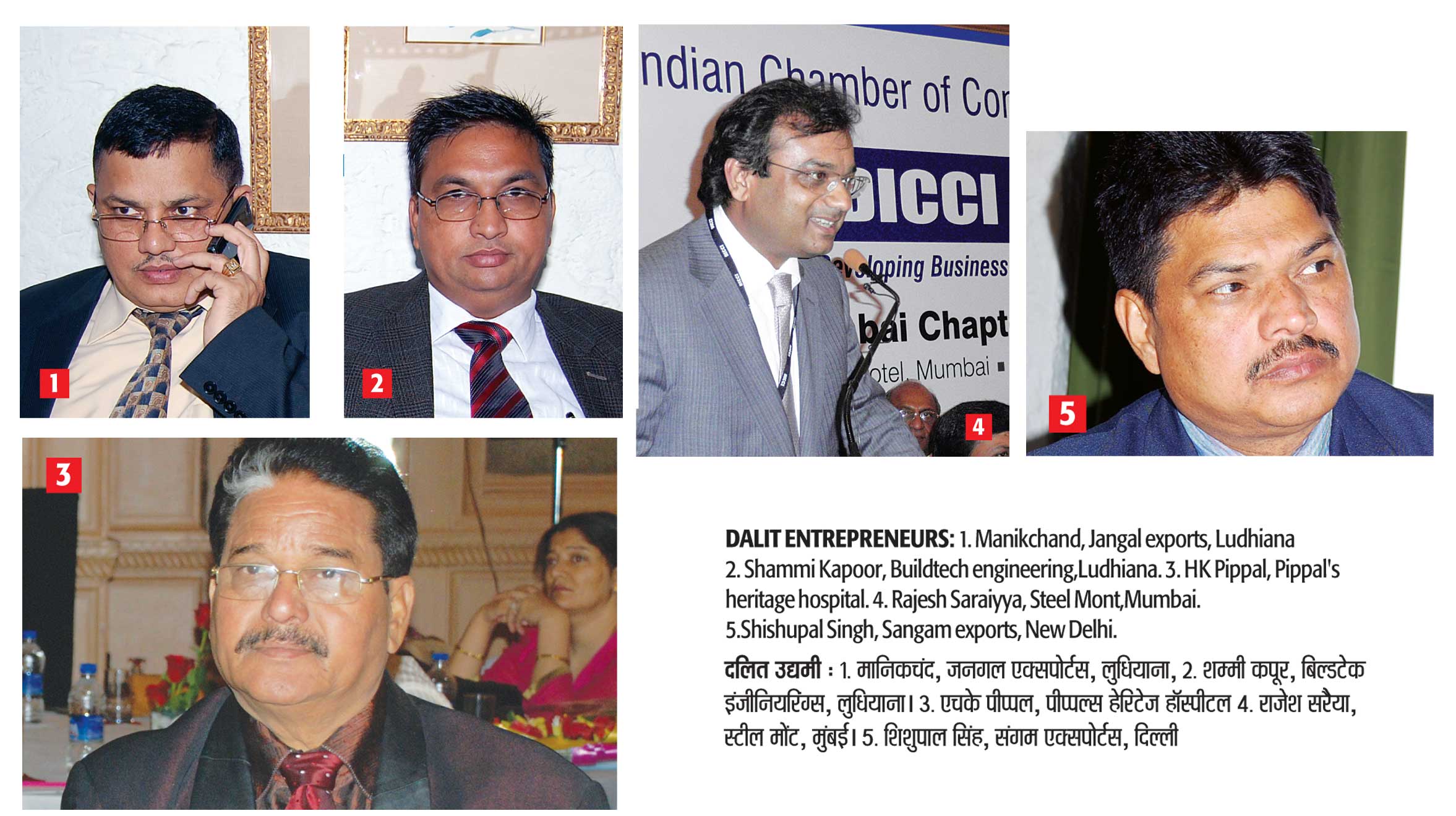 Is this not the class which is mortally afraid of the Pope and the West? It is always apprehensive that someone will cheat us; someone will subsume us, putting an end to our sanctity and individuality. Like Gaurmohan, the hero of Rabindranath Tagore’s novel Gora, this class, obsessed by what it thinks is the sanctity or purity of India, is brahmanical in its approach and thinking. The leftists are fellow travellers of these forces, though, of course, their arguments for opposing liberalization are different.

The Dalit-Bahujans are neither welcoming the economic liberalization nor are they afraid of it. The global economy has posed a formidable challenge before the indigenous Brahmin-Bania economy and it is hoped that the former would, in the long run, gobble up the latter. The Bahujans consider it to a positive development. What is the reason the Bahujans were stupefied by both the liberalized economy as well as the socialist economy? That is because both did not hit the brahmanical-feudal economy. The economic development that took place during the Nehru era could not be linked with social development and hence the Dalit-OBCs could not draw the expected benefits from it. In comparison, the members of the upper castes gained the most from it and established their full control over the public sector. They converted the socialist system into a brahmanical socialist system. Now, it would be unwise to continue to carry their burden in the name of socialism or public sector just as it was unwise to ignore the real motives of the Youth for Equality – the anti-reservation organization of the upper castes – and get entrapped in its ‘equality’ slogan. The upper-caste section has its own definition of public sector, equality and even socialism. The Dalit-OBCs see things in a different way. This is a period of transition with its obligatory problems.

The Bahujans are in the market as a consumer. But they are not consumerists. They are studying the market. They are preparing to enter it. The gobal economy, by rejecting the brahmanical character of the Indian economy, has created a very conducive atmosphere. Bahujans want to take advantage of it. They do not have the capital. Their knowledge base is also limited but they have immense potential. The ‘scientific temper’, which Nehru talked of, is the need of the hour for the Bahujans. In his historic Communist Manifesto, Marx had declared “Workers of the world unite; you have nothing to lose but your chains.” Today, Bahujans have nothing to lose but their ignorance and they have the world to make their own. In the 19th century, Jotiba Phule had given a mantra for the Shudras (Bahujans), “Vidhya bina gati gayee, gati bina mati gayee, mati bina vitta gaya, vitta bina shudra gaya” (Because of lack of knowledge, dynamism was lost, because of lack of dynamism, money was lost and because of lack of money, the Shudra lost). Ambedkar expressed this in the exhortation to “Educate, Agitate, Organize”. The Bahujans are lucky in the sense that their heroes are those whose thought process was scientific. The Bahujans did not give much credence to the frustrated and ignorant leaders. They learn from Buddha, Kabir, Phule and Ambedkar. These are their social ideologues.

What the Bahujans need the most today is education. The state must work towards equality in educational opportunities. Today, the varying standards of education are a big challenge for the Bahujans. It will be impossible for the Bahujans to build a place for themselves in the free economy, if this state of affairs continues.

It is important that the State must alter the orientation of its schemes and programmes. Presently, the government’s resources are spent mainly on roads, water and power. This is akin to pouring money into public sector enterprises. The government should force the market to share the burden of the expenditure on roads, power and water. The state should concentrate more on compulsory and same-quality education, comprehensive health schemes and on providing minimum employment through schemes like MNREGA. The Bahujans should mount pressure on the government for this.