What is Bahujan literature? The FORWARD Press Bahujan Literature Annual (April 2013) asks this question and also seeks to answer it. The issue examines, debates and discusses the concept of Bahujan literature from different angles and the 18 articles carried in the issue will be remembered long for their diverse approach and their sharp analysis. The editors of the magazine consider Mahatma Jotiba Phule as the great grandfather of Bahujan literature. Editor-in-Chief Ivan Kostka argues, “… though Babasaheb [Bhimarao Ambedkar] has inspired generations of Dalit writers, he himself was not a literary writer.” On the other hand, “Phule … himself was a literary writer.”

Managing Editor Pramod Ranjan, in his editorial essay “Bahujan Sahitya aur Aalochana” (Bahujan literature and criticism) asks : How do we look at a particular literature? How do we distinguish it from any other literature? How do we understand its impact? From which angle can it be understood the best? Shouldn’t criticism answer all these questions? It is true that Hindi criticism is not discharging this responsibility. As Pramod Ranjan says, “Some big names in the field of Hindi criticism, because of their Dwij (twice-born) social background, did not take cognizance of the literature of Shudras and Atishudras as a separate genre.” To enlarge the ambit of Bahujan literature, we also include Dalit, Shudra, Tribal and Women’s literature in it. 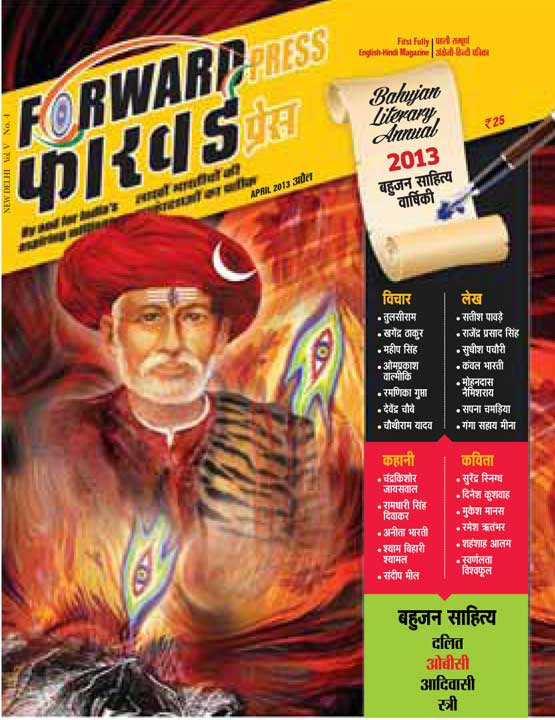 All the articles in the issue are centred round the theme – What is Bahujan literature and what is its relevance, if any? Harinarayan Thakur, in his long article, “Dalit aur Bahujan Sahitya ki Mukti Chetna” (Liberation consciousness in Dalit and Bahujan literature), while recounting the role of Raja Mohan Roy, Vivekananda, Dayananda Saraswati, Periyar and Ambedkar in its origin and development, writes, “But the appellation of Mahatma has been conferred only on two of them – Phule and Gandhi.” Thus, the reader gets a broad historical and social perspective of this literature. Sapna Chamadia takes the history of this literature even further back in time – to Sant Raidas.

A key question is of Marxism. In one of the essays, Hareram Singh says that he associates the Bahujans with the proletariat in India but capitalism was not the only thing that needed to be opposed in Indian society.

Here I would like to add a bit from my personal experience. In the 1950s, I had quit the Congress and become an enthusiastic member of the Communist party. In the Congress, we young men used to visit “Harijan” bastis to teach the children and the elderly, and for the expansion of education under Gandhiji’s “Uddhar Andolan” (redemption movement). As a member of the Karol Bagh branch of the Communist party, I had the good fortune of coming in contact with painter Ram Kumar, his younger brother, thinker and writer Nirmal Verma and would-be renowned painter Swaminathan. At a district-level meeting, in ignorance I asked Nirmal, “Comrade, what is our Harijan policy?” I was given an answer which was absolutely indigestible for me. I was told, “In Communism, we divide the society into capitalists, proletariat, etc. Since Harijans are not a separate class for us, there can be no separate policy for them.” I was not happy with the answer but consoled myself that maybe it had some deeper, hidden meaning that I would comprehend later. By the 1960s, neither Nirmal nor I was a communist. Unfortunately, Nirmal became a protagonist of Hinduvaad and I its diehard opponent, which I continue to be till this day. Thus, I concur with Hareram ji and Rajendra Prasad Singh when they say that “Adding the word Bahujan to proletariat is proper and correct” although I do not agree with many other things they say.

Here, it is important for us to understand that Marxism, which was born in the particular socio-economic conditions that prevailed in post-Industrial Revolution Europe, has not and cannot give any satisfactory solution to the problems of the East, including India and African societies. In China, many classical Marxist formulations were given a go-by in Maoist theory. Be that as it may, this annual literary number has posed many questions before us, the answers to which must be explored. I hope the next Literary Annual will answer some of these questions. 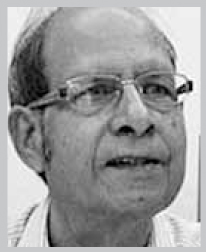 Arvind Kumar, who was the editor of Madhuri and Sarvottam, the Hindi version of Reader's Digest is counted among the top Hindi linguists. He along with his wife Kusum has produced the first Hindi Thesaurus Samantar Kosh and has published several Hindi dictionaries