Once again I am writing this from the long-distance perspective of North America. In fact, one realizes then that India does not loom large on the media horizon globally except in crises or when there is a human interest story. The outrageous gangrape of a photojournalist in my native Mumbai on 22 August made headlines around the world, especially here in North America. However, what should have been an even bigger story because of its potential impact on so many Indians did not seem to create too much of a sensation in the Indian media with virtually no echoes around the globe.

I am referring to the recent introduction (followed by withdrawal) of a radically new set of rules by the Uttar Pradesh Public Service Commission (UPPSC) that opened up the OBC reservations at every stage of the qualification and selection process. The predictable angry, even violent, backlash from upper caste youth with the fawning approval of the brahmanical media, especially the Hindi press, caused the Samajwadi Party leadership, including tough-talking Mulayam Singh Yadav, to lose whatever spine they claim to have. Even before the Allahabad high court gave a predictable show-cause notice to the state government and a suspension of the process under the new rules, the SP had recapitulated. This despite even larger but peaceful protests by OBC youth supporting the UPPSC’s new rules. 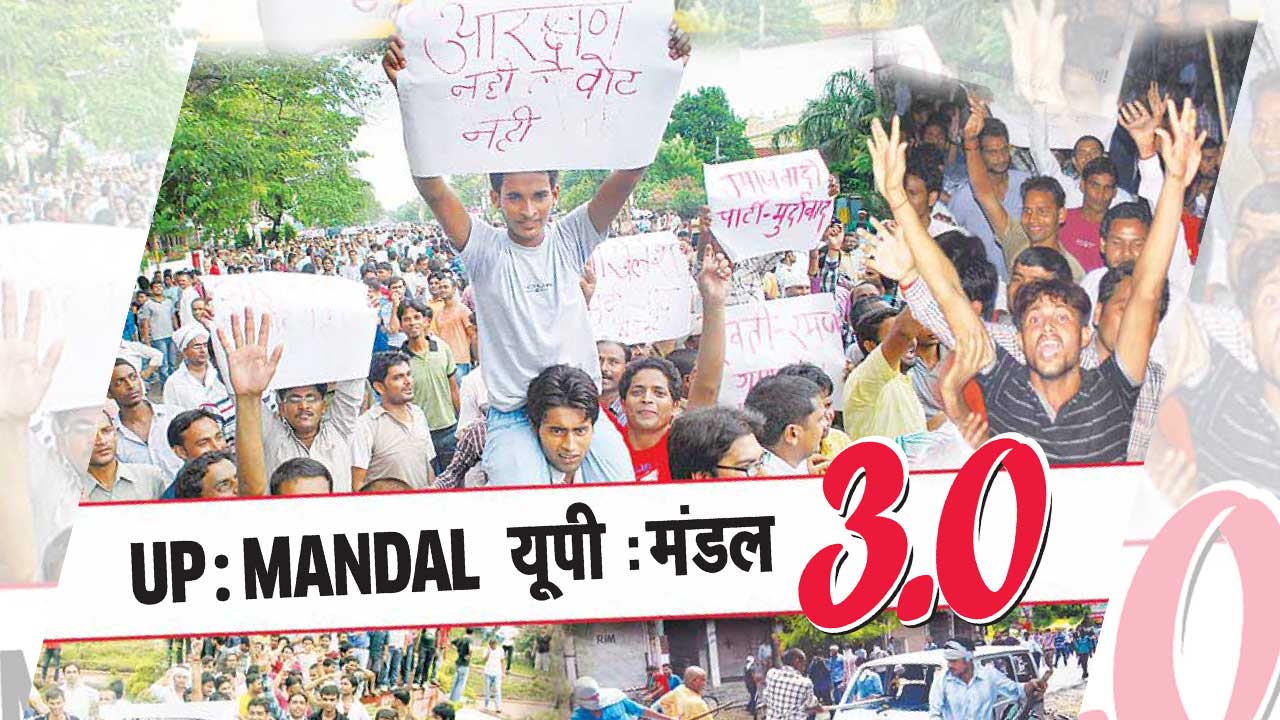 Can the SP ignore its core constituency – the Yadavs and the OBCs – and hope to keep power in India’s largest state as well as to give Mulayam his last shot at the PM’s chair in 2014? It would seem that both Mayawati’s BSP and Mulayam’s SP have got so caught up with their “social engineering” in UP, particularly courting the Brahmin vote, that they seem willing to sacrifice their loyal base. If the protests by the OBC youth are any indication they clearly plan to exercise their power at the ballot (‘No Reservations, No Vote!’) and seem to be cynical towards both M and M. Instead, they are rightly harking back to the majoritarian philosophy of Phule and the bahujan politics of Kanshi Ram. The question is will M and M get it and in time? Or is there time for a third, truly Dalit-bahujan, force to rise and claim the majoritarian vote?

To make up for the media’s upper caste bias in their reporting and their news blackout of the OBC voices in this debate, FORWARD Press is carrying its most extensive Cover Story to date under the banner of ‘UP: Mandal 3.0’. The lead report is by AIBSF national president Jitendra Yadav who was our man on the spot in UP, wherever the real action was. This detailed report is augmented by our Allahabad correspondent Banjara Ganwar’s expose of clear media bias in this context. FP’s Delhi Correspondent Ashok Chaudhary contributed an analysis of how political parties and politicians lined up on this hot issue. Rounding off FP’s thorough Cover Story is Diversity Mission’s HL Dusadh with an insightful analysis of the OBC youth’s embracing of Kanshi Ram’s bahujan vision.

I ended my last editorial with these words: “… – after all, journalism is supposed to be the first draft of history. At FP we take that role seriously.” This month’s Cover Story is a case in point.