The women’s group, Mahila Kalyan Parishad (MKP), in Reckong Peo in Himachal Pradesh’s Kinnaur district has taken upon itself to eradicate the customary laws that deny the women their right to inherit property.

The amended Hindu Succession Act of 1956 grants equal rights to men and women on property but these rights are being ignored in the two tribal districts of Kinnaur and Lahaul and Spiti. The group is planning to move the court after their social campaign didn’t garner enough support in the tribal area in the state.

As per the local custom in the tribal districts, daughters and wives have no claim on the property of their fathers and husbands respectively; only the male members of a family can inherit property. In case there is no legal heir in the family, the property is transferred to the closest male relative of the family, if it has not been not bequeathed to him already.

The customary law known as Riwaz-e-Aam or Wajib-ul-Arz was recorded by the British in their revenue records in 1926 and it was being practiced to stop the transfer of tribal lands (suitable for apple and chilgoza crops) to outsiders, in case a woman marries one.

Earlier, there was also a custom that the father-inlaw used to pledge a part of land to the daughter-inlaw and the papers were handed over to her father, thus securing her future in case of any dispute in the family, especially between the husband and the wife or between the wife and her in-laws.

But now, such laws have become a bane for widows and spinsters as they are forced to live at the mercy of male members of the family. There have been incidents where women are being ill treated by their brothers or in-laws after the death of their parents or husbands. Most of these women choose not to pursue the legal options as they do not wish to “tarnish the reputation” of their families. 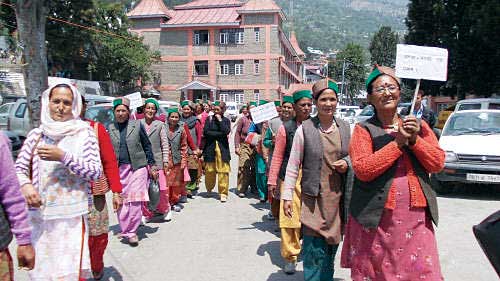 The chairperson of the MKP, Rattan “Manjari”, told FORWARD Press that she had met the former chief minister Prem Kumar Dhumal as well as the current chief minister Virbhadra Singh to apprise them of the situation but no concrete steps has been taken so far to do away with the customary law.

Manjari said that the MKP had launched several social campaigns to educate women and the local residents on the issue but they hadn’t get any positive response from them. “Now, we are seeking legal help and are now planning to file a petition in the High Court of Himachal Pradesh,” she said.

“We are now planning to submit a memorandum in this regard to the President of India, Pranab Mukherjee and AICC president, Sonia Gandhi in support of our demands soon.

“We are meeting stiff resistance from the men as they think if tribal women are given the right to inherit property, it may throw the precious tribal land open to outsiders with tribal girls increasingly marrying outside their culture,” she said.

Manjari is firm on her resolve to provide property rights to tribal women and says that she has visited the two districts and the movement is getting support from the zila parishads and local residents of these areas. “If women have the right to inherit property, they can live with dignity “despite all odds, she said.

“The Indian government has issued several notifications and has brought laws that ensure women’s rights in ancestral and husband’s property but it seems that tribals are out of the ambit of such laws,” Manjari added.

The parishad had taken up the issue with the state governor Urmila Singh, who also happens to be a tribal from Madhya Pradesh. The NGO has even started a signature campaign for the cause and took around 10,000 signatures.

The parishad also has 200 mahila mandals in the tribal district of Kinnaur alone. 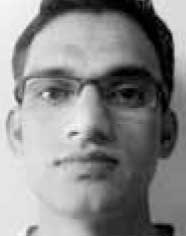 Sanjeev Kumar is the Shimla correspondent of FORWARD Press