As I write this, news is just in about the bomb blasts minutes before Narendra Modi was to address a mass rally in Patna, delaying the departure of Bihar chief minister Nitish Kumar for his two-day JD(U) party conclave. The September 2012 FORWARD Press carried an original analysis of ‘A Tale of Two Friends’ – Modi and Kumar – by our columnist Prem Kumar Mani. By rights he should have been the one to write this month’s Cover Story ‘Tale of Two Judgments’. The inspiration came from an SMS he sent us immediately after the acquittal of all the convicts in the Laxmanpur Bathe massacre of poor Dalits, this too on the heels of the conviction of Laloo Prasad Yadav in the Fodder Scam. In Bihar at least, justice is not always blind, especially where caste is concerned.

I am proud of the two-part Cover Story by FP Managing Editor Pramod Ranjan and by FP Patna Bureau Chief Birendra Yadav. Their marshalling of little known facts and original analysis certainly stands in stark contrast to the almost unanimous dismissal by the brahmanical press of what they consider the “clown prince” of the Bahujan brigade. They have been quick to gleefully write Laloo’s political obituary. On the other hand, the scandalous acquittal of all 26 convicted of murder in the Laxmanpur Bathe massacre has been accepted by the same “mainstream” media as justice! FP continues to be the “voice in the wilderness” crying out for social justice for the majority Bahujans.

This time’s NATION-BUILDING also take two Indian incidents that occurred one after the other – cyclone Phailin and the stampede in Ratangarh, MP – to draw a lesson of how two types of spirituality are at the root of making the difference between triumph and tragedy. This is probably the best piece in the series by our Contributing Editor Vishal Mangalwadi. A must read. 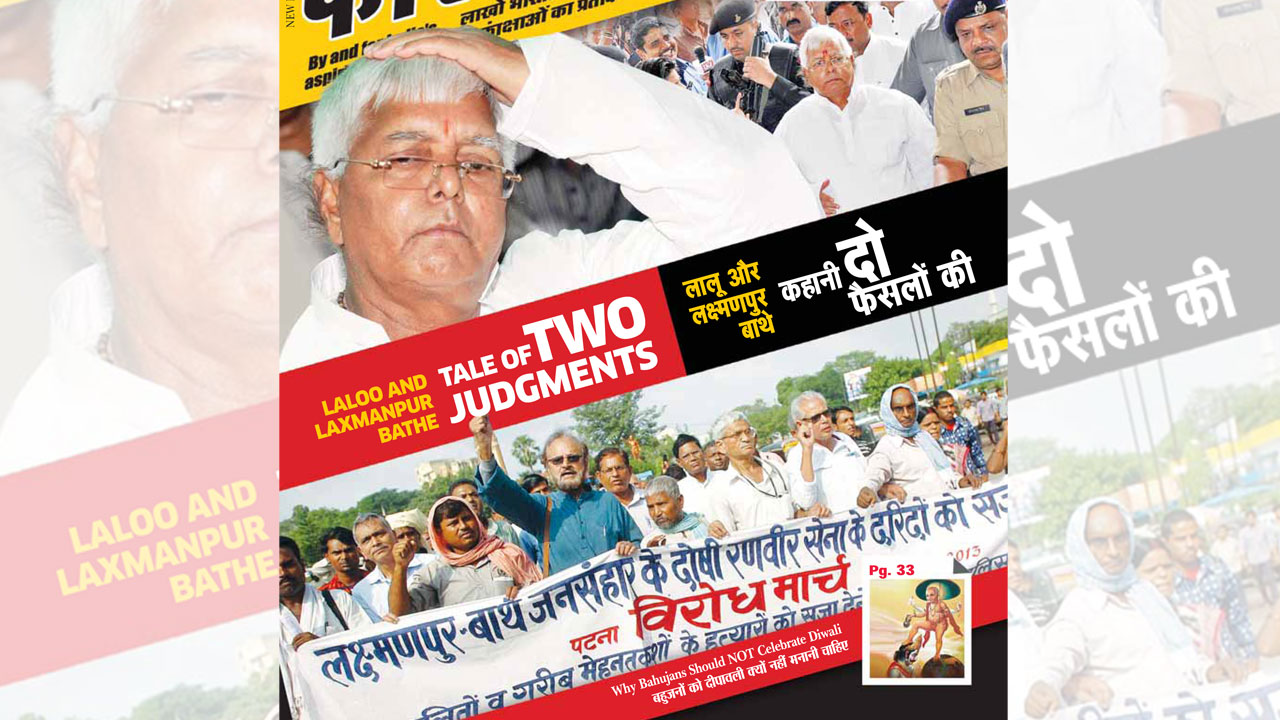 Just as Mangalwadi’s piece will challenge you to rethink and reshape your own spirituality, this Diwali we have a short but provocative piece ‘Why Bahujans Should Not Celebrate Diwali’ by sociologist Prof. Jagdish Verma. He makes clear that whatever mythic origin of Diwali one subscribes to, in every case it celebrates the victory (often by deceit) of the Suras over the demonized Asuras, the ancestors of today’s Bahujan peoples. FP also reports of one pocket of nomadic Bahujans in South India who still observe Diwali as a period of mourning for their banished Baliraja. But this is increasingly a rarity in the face of centuries of aggressive brahmanisation of indigenous cultures, resulting ironically in the Bahujan ‘great traditions’ being reduced to ‘little traditions’. Prof. Verma challenges Bahujans to reverse that trend.

This is the very counter-cultural revolution that FP has launched with our rereadings from below, along with the rediscovery and celebration of Bahujan traditions.  We can take hope from our neighbours in Kerala.  Over a period of decades, starting with the Aikya Kerala movement, set up in the 1940s to consolidate the Kerala state, the brahmanised Onam was converted from a festival focused on the Vaman avatar, to a celebration of the benevolent Asura king Mahabali (Baliraja). This idea inspired poetry and other creative cultural expressions, becoming official through government textbooks. Thus was the major festival of Kerala debrahmanised. If Onam in Kerala, why not Diwali in the rest of India? 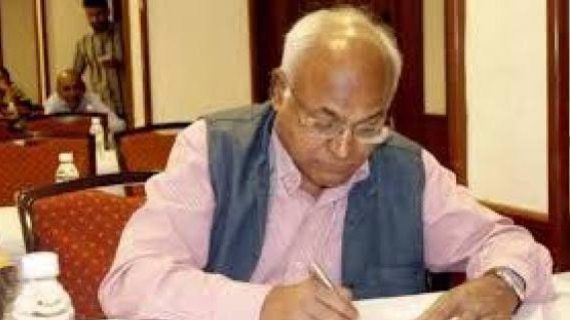 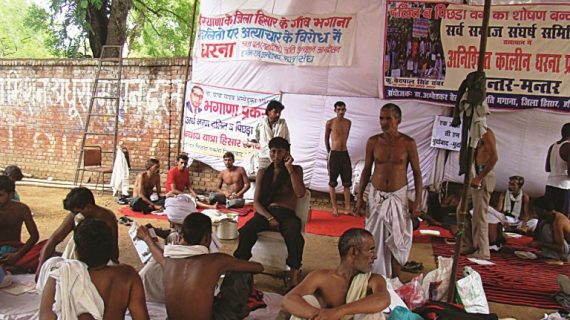 A Dalit young man, Vikram was thrashed for no rhyme or reason by Jat youths in Bhagana village of Hisar district of Haryana. He was just walking through the village when casteist abuses were used to humiliate him. When the matter was raised in the village panchayat, a social boycott of all the Dalits was announced 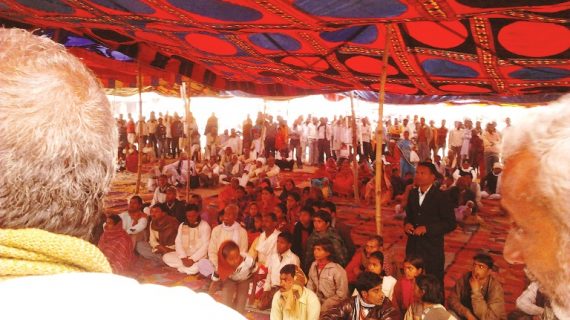 The Kurtha area is the birth place and the arena of Jagdev Babu’s work and death. It was at the Kurtha block office that on 5 September 1974, Jagdev Babu and Laxman Chaudhary, a Dalit student, fell to the bullets of ‘savarna’ goons and the police. Since then, the place has become a centre of pilgrimage for the followers of Jagdev Babu