Sushil Pandey, the so-called chief of Ranvir Sena, who was once described by the BJP’s Bhumihar leader Giriraj Singh as the ‘second Brahmeshwar’, was killed at Aurangabad. On the evening of 17 October, he was blown up, along with seven others, by land mines planted by Maoists on the Arantha-Pisay road. Soon thereafter, Bhumihar leaders kicked up a big row, claiming that the murder was part of a conspiracy of the Nitish Kumar government to make the Bhumihar community leaderless.

There was similar anger among Bhumihars after the Senari killings of 18 March 1999, following which, on 16 June 2000, they unleashed the Miyapur massacre. So, should it be presumed that the Ranvir Sena would be resurrected now? It is being said this has become a political necessity for both the BJP and the Ranvir Sena because it would generate anti-government feelings and weaken Nitish Kumar. Giriraj Singh said that Sushil Pandey kept the community united. Brahmeshwar Mukhiya’s son and the Rashtravadi Kisan Sangathan supremo Indrabhushan Singh said, “The government and the Naxals are conspiring to annihilate the peasant community. They will be given a befitting reply. We have formulated a strategy, which will remain unannounced.” The Bhumihars associated with the Ranvir Sena are making a rather menacing claim that if there was peace in Bihar so far, it was because of them, the Bhumihars, and not because of Nitish Kumar. They are daring the government to try and stop the “revolution” which is in the offing. 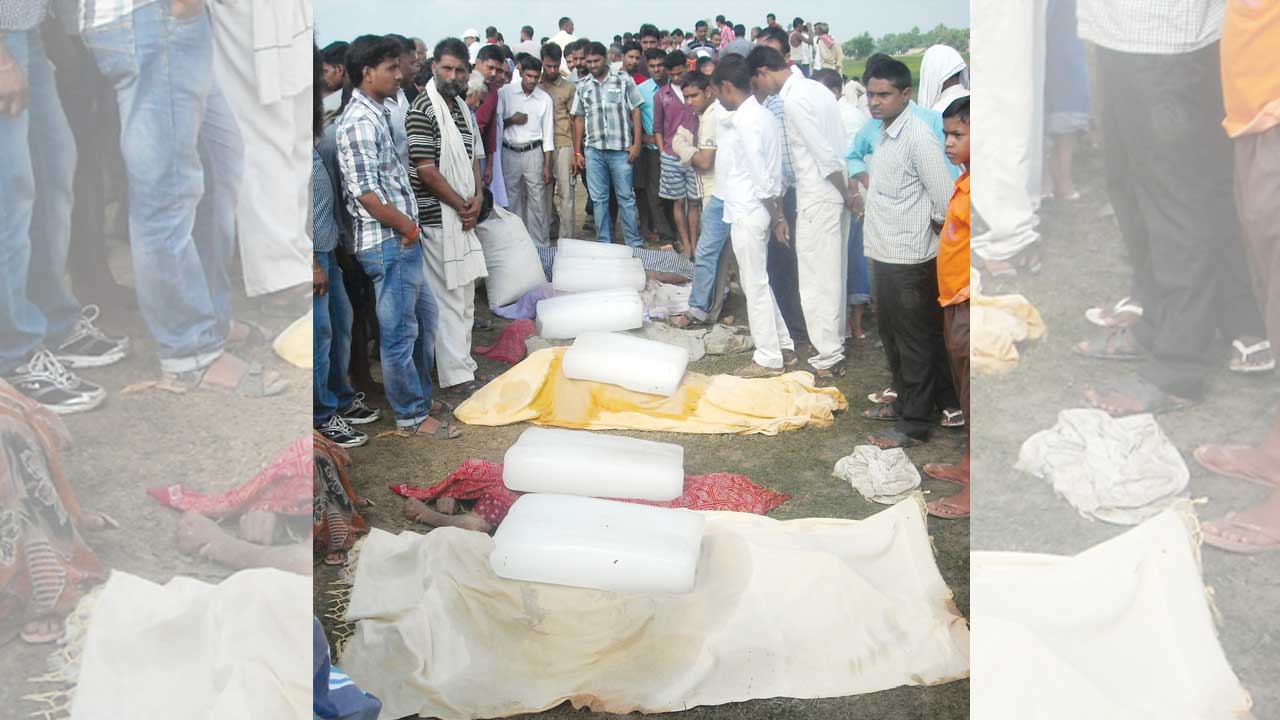 Naxalites and Sushil Pandey are old enemies. At one time, the Bihar Maoist Communist Centre (MCC) commander Ramchandra Singh and Pandey were friends. But the forwards versus backwards conflict made them each other’s sworn enemies. On 4 June 1999, the MCC attacked Pisay and murdered Pandey’s close associate Kavindra Pandey. This triggered a bloody caste war. On 16 June 2001, the counting of votes for panchayat elections was about to begin. The victory of Chinta Devi, wife of Ramchandra was certain. This was something that was unacceptable to the upper castes. She was shot at Aranda-Pisay road before the result was out. Surprisingly, Sushil Pandey was acquitted in the case. Later, Kurmi Ramchandra was also killed. The writ of Bhumihars began running over the entire area. Now, the imminent collapse of this empire has upset the Bhumihars. BJP leader Anil Singh was dangerously right when he said, “Now we will have to pay whatever charge the Naxals fix.”

Background of the massacre

There are many factors at work here. The government’s anti-poor policies are one of them. The government’s punch line is ‘development with justice’. The reality, however, is just the opposite. A CPI (ML) ideologue, who prefers to remain anonymous, said that the poor are incensed by the fact that the government chose to keep mum while the Bhumihar community vented its anger on the streets of Patna after the murder of Brahmeshwar Mukhiya. One by one, the foot soldiers of the Ranvir Sena, who executed the Nagri, Miyapur, Bathani Tola and Laxmanpur Bathe massacres, were acquitted. This angered the Dalits and the OBCs. They felt alienated from the government; a feeling of insecurity gripped them and they became apprehensive that sooner or later they may be deprived even of their democratic rights. That is why the extreme Left has entered the battle ground.

It may be mentioned here that the police had behaved in a barbaric manner with the workers of the RJD, Congress, CPM (ML) and Rashtriya Loktantrik Samajwadi parties during their peaceful and democratic demonstration to protest Chotu Mukhiya’s murder on 2 May 2012. The state Human Rights Commission slapped a fine of Rs 2 lakh on the police for this. An agitation had to be launched even to realise the fine. According to some Maoist ideologues, the Bhumihars had grown arrogant because of the BJP being in the government. The Maoists want to break their morale. It was with this objective that on 17 July 2013 they attacked a camp of SAP (Special Auxiliary Police) at Jajapur in Goh. Six persons, including three SAP jawans were killed and the Maoists walked away with 30 guns and 2,550 cartridges. A supporter of the Maoists says that the operation was undertaken just to show the Ranvir Sena that it could have its way only so long as the Maoists remain silent and to put the Bhumihars on notice that can no longer assert their feudal privileges. 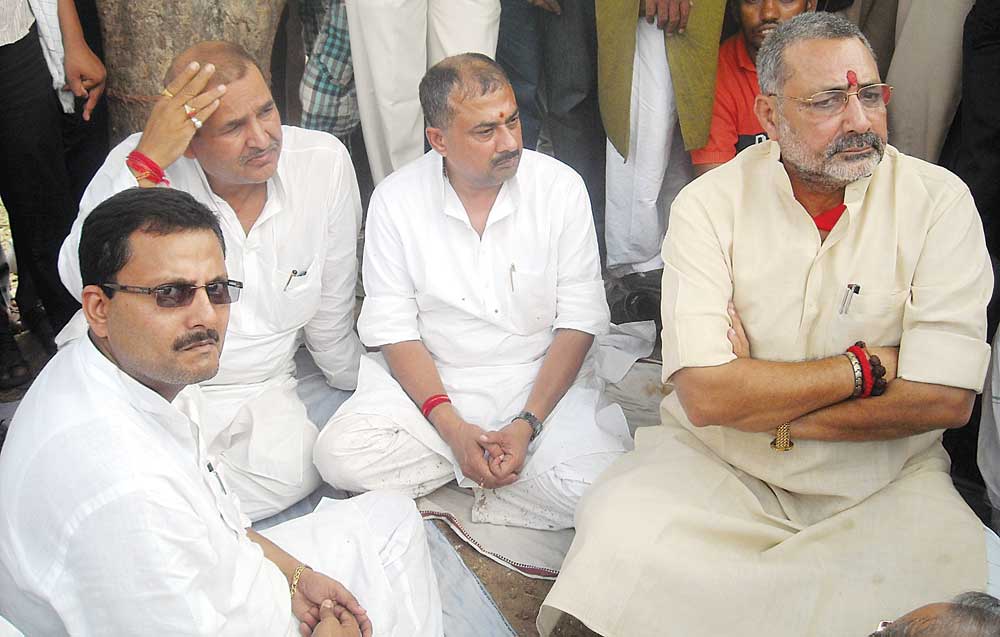 The government has bowed before pressure mounted on it and this is being questioned. When the OBCs were murdered, an agitation had to be launched to secure compensation and transfer of the guilty officers. But in this case, the SP was shifted within a few hours. The cheque for compensation was delivered the very next morning. No one has forgotten how mercilessly the police had thrashed the CPI (ML), RJD, RLS and other party workers, demonstrating for the similar benefits in May 2012. The same police maintained a stoic silence at Patna.

The Bihar media, which described Brahmeshwar ‘Mukhiya’ as the Gandhi of the state, reported the criminal record of 2 of the 7 accused in the case but kept mum about the criminal antecedents of Sushil Pandey and others who were killed. Why should there be such silence and bias, many in the state are asking.  It is being feared that this will generate anger and resentment among the Dalit-OBCs of Bihar and that anger might explode some day soon. It is imperative to let justice rule the state, along with much-advertised “good governance” and “development”, or else Bihar will be drawn into barbaric caste-feudal wars once again. 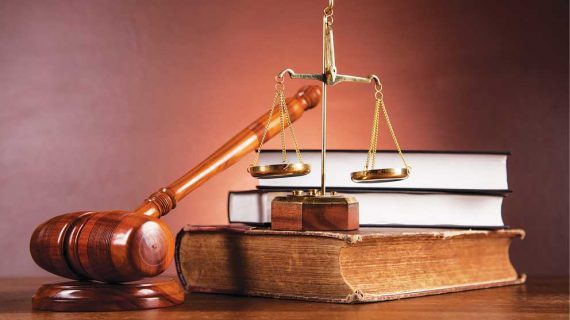 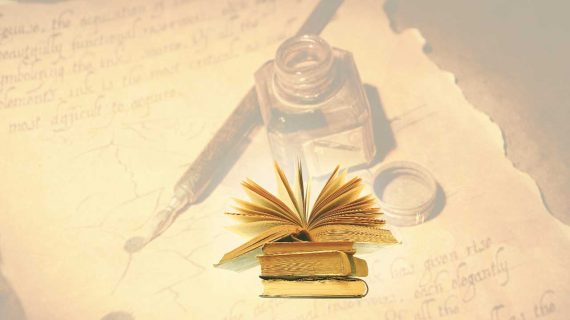 Rajendra Prasad Singh writes Hindi literature has ample references to eye-catching paddy fields and to standing wheat plants swaying in the wind. There are detailed descriptions of blue linseed and yellow mustard flowers covering the earth up to where the eyes can see and of pea and gram plants blooming in the fields. But there is no detailed discourse on farmers 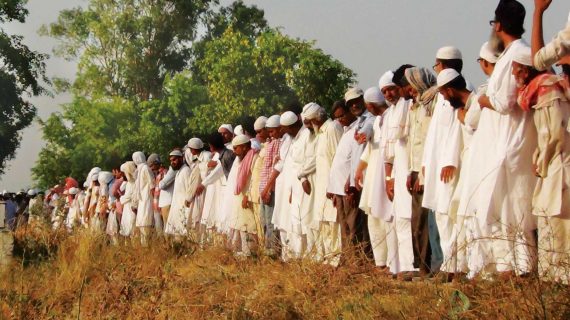 Rihai Manch spokesperson Rajeev Yadav says that a day after the murder of Maulana Khalid Mujahid in police custody on 18 May 2013, the chief minister issued a statement declaring that his death was natural. How could the CM possibly know that the death was natural when he had not even seen the post-mortem report?