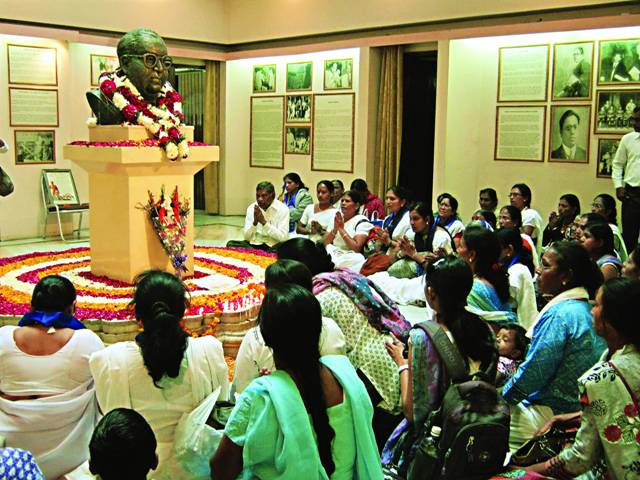 New Delhi: On 6 December, the death anniversary of Dr. Bhimrao Ambedkar, a national Samman rally was held at 26, Alipur Road– the place where he had passed away. His followers, Bhim Sainiks and workers reached here in large numbers to join the rally and raise the demand for the construction of a memorial at Parinirvan bhoomi. On this occasion, Dr. Satyanarayan Jatia, Charan Singh Atwal, Ramdas Athavale, H. Hanumanthappa, Satya Behen, Udit Raj, TM Kumar and Indresh Gajbhiye urged the UPA government to build a memorial at the place. 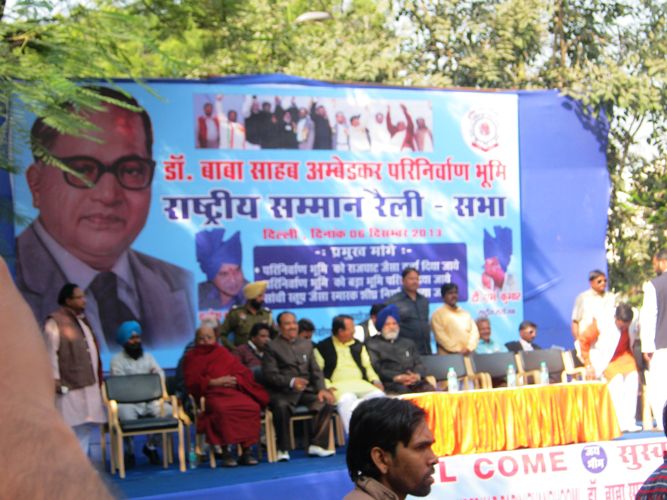 They also demanded to know what had become of the Rs 100 crore allocated by the NDA government in 2003 for the construction of the national memorial. The work is yet to begin.

Maharaily for reservation in promotions 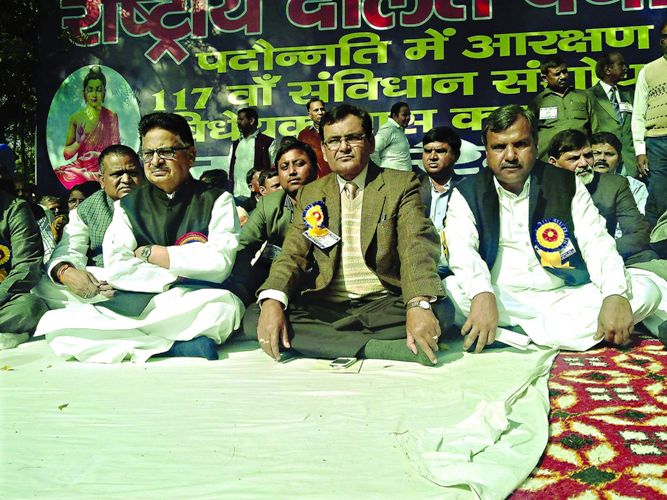 New Delhi: On 11 November, Dalit and Tribal activists from all over the country gathered at Jantar-Mantar to demand reservations in promotions. Congress’ PL Punia was among the leaders who joined this rally, organized by Rashtriya Dalit Mahapanchayat. He demanded that the facility of reservations in promotions should be restored immediately. The participants also demanded reservations in the private sector. The rally was led by Ashok Kumar, convener of the Rashtriya Dalit Mahapanchayat. 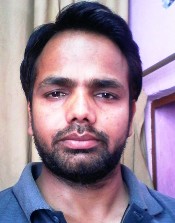