Over the last couple of years, OBC literature has emerged as an important topic of discussion in the world of Hindi literature, and has given rise to a wide range of views. The obnoxious argument being forwarded by the opponents of this new concept of OBC literature is that it does not have its own canon. Other scholars have proved through cogent arguments that the concept did not come into existence out of the blue. It is backed by the philosophy and thoughts of extraordinarily brilliant thinkers like Kabir, Makhali Goshal, Jotiba Phule and others. In Hindi, FORWARD Press was the first magazine to present OBC literature as a distinct genre. 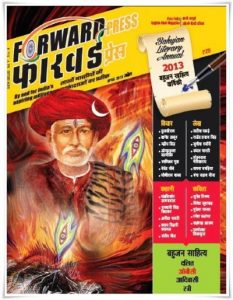 In the OBC literature annual number 2013, Managing Editor Pramod Ranjan writes, “The concept of ‘Bahujan literature’ was born in the editorial department of FP and the credit must go to our chief editor Ivan Kostka, critic and linguist Rajendra Prasad Singh and writer Prem Kumar Mani.” Kostka has confirmed this in the OBC literature special number 2012. In his editorial he writes, “Prof Rajendra Singh had launched this discourse with his article on OBC literature in July last year.” The article he refers to is titled ‘Concept of OBC literature’, published in the July 2011 issue of FP. The concept of OBC literature had emerged in Marathi much earlier. In his editorial in the July 2011 issue of FP, Kostka says, “In February 2008, I was invited to address the second All India OBC litterateurs meet at Nasik. At that time, I realised that probably no one in that assemblage of Marathi speakers had an idea of what OBC literature is or should be — even in Marathi … Professor Rajendra Prasad Singh of Bihar has written a serious piece on OBC literature. FP feels proud in presenting this article with a view to initiating a serious and informed discussion and debate on OBC literature.” Describing the article as the manifesto of OBC literature, Mohalla Live launched a debate on the issue.

In the September 2011 issue of FP, Lallan Prasad Singh wrote an article titled “OBC literature: Marxist perspective”. In this piece he said that struggling for justice was the fate of the OBCs and this cultural consciousness of resistance found its creative and critical expression in  OBC literature. The same issue carried articles on OBC literature by Ivan Kostka, Pramod Ranjan, Rajendra Yadav and Sanjiv. While Rajendra Yadav insisted that there was nothing like OBC literature, Sanjiv admitted the need for initiating a discourse on it.

The November 2011 issue of FP carried two more articles on OBC literature — one by Kanwal Bharati and the other by Prem Kumar Mani. Mani has admitted that the concept of OBC literature was inspired by the rather narrow notion of Dalit literature and this constricted approach should be done away with through discourse.

Kanwal Bharati has written that both in theory and practice, the streams of Dalit and OBC literature are the same — they have a common objective, that of establishing a caste-free society. So, Dalit literature will welcome OBC literature. 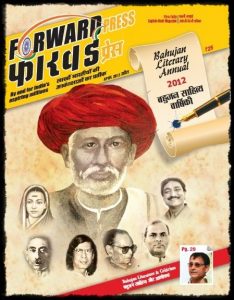 In the February 2012 issue of FP, Abhay Kumar Dube has expressed the view that the OBCs neither have their own distinct literature nor a distinct cultural expression. Two articles by Rajendra Prasad Singh in the August 2012 and September 2012 issues of FP, ‘First stage of OBC renaissance’ and ‘Second state of OBC renaissance’, conclusively argue that Indian history has witnessed OBC renaissance in many states and in many different forms. In the August 2012 issue of FP, Bajrang Bihari Tiwari has admitted that Rajendra Prasad Singh is the acknowledged theoretician of OBC literature and his place in it is the same as that of Dr Dharmaveer in Dalit literature. In the OBC literature annual number 2012, Virendra Yadav said that when the literary mainstream was trying to associate itself with the concerns of the Bahujan society, there was neither the need nor the relevance of the concept of OBC literature. But one thing, he said, was clear: OBC literature was only a reflection of the concerns of the OBC society.

In his editorial remarks in Dalit literature annual number 2012, Jaiprakash Kardam writes that among the discourses that have emerged in Hindi literature over the last year, the most important is the one launched by Rajendra Prasad Singh on OBC literature: “If OBC writers want to create a distinct category of OBC literature, there can be no objection to it. What is of importance is that they should emerge out of the shadow and influence of Brahmanical-feudal literature and its authors.” It is apparent that Dalit thinkers like Kanwal Bharati and Jaiprakash Kardam have given only conditional recognition to OBC literature. Om Prakash Valmiki has opposed it. He says that even now OBC writers feel humiliated if they are described as such; on the other hand, the writers giving expression to Dalit concerns feel proud in being called Dalit writers.

Hindi critic and Managing Editor of FP Pramod Ranjan has written many thought-provoking articles on OBC / Bahujan literature and one of them is ‘Aaj ke Tulsigan’ (Today’s Tulsis). Ramnika Gupta has acknowledged that ample Dalit literature is now available and that OBC literature will only add to it. She is even preparing to publish an OBC special number of her magazine Yuddhrat Aam Admi. And on May 24-25, 2013, Harinarayan Thakur organized a UGC-sponsored national seminar at Bara Chakia, Bihar. This gathering witnessed serious discussion on OBC literature. Needless to say, OBC literature is now well established. It will be difficult to uproot it. 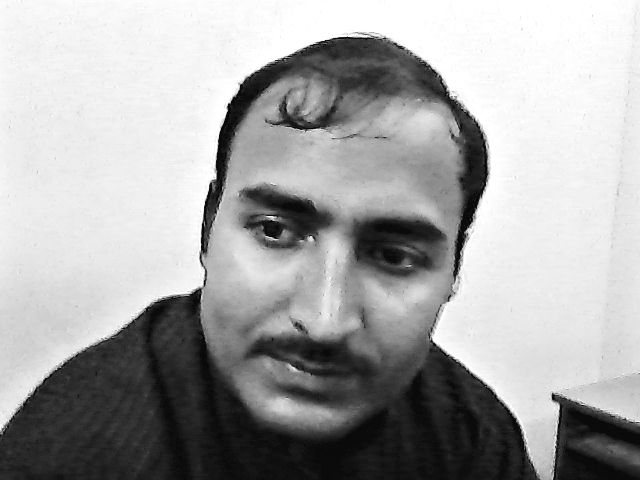 Hareram Singh, a poet and critic, is a winner of FORWARD Press Literary and Journalism Award 2013. The award is given by the FP Readers' Club Sasaram for the best article/report written by a Bahujan author/journalist in FP.