Famous Marathi poet and founder of the Dalit Panthers Namdeo Dhasal passed away on 15 January. Born on 15 February 1949 in a Dalit (Mahar) family in Pune, Dhasal’s childhood was spent in Mumbai amidst gruelling poverty. In the initial days, he earned his livelihood by driving a taxi in Mumbai. Summing up Dhasal’s contribution to poetry, Hindi writer Uday Prakash says, “Dhasal was a revolutionary poet in the real sense of the term. You cannot call him progressive. His poetic expressions were intense and piercing. He imported the language born on the roads and in the gutters into poetry and transformed the poetic tradition.” 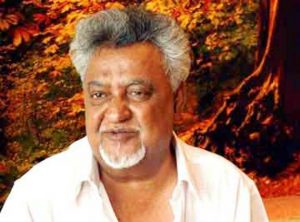 Dhasal first came into the limelight when, in 1972, he constituted the Dalit Panthers. This organization was inspired by the American Black Panthers movement, which opposed the atrocities committed by the whites on the blacks. In keeping with their names, the symbol of both the organizations was a panther. The organization had a pan-Indian presence and worked on socio-economic issues. Whenever any incident of repression of Dalits took place, the Dalits Panthers was there. The workers of the organization called themselves Panthers because they fought against atrocities on Dalits like a Panther. The rise of the Dalit Panthers coincided with that of Dalit literature. All the three founders – Arun Kamble, Namdeo Dhasal and Raja Dhale – were litterateurs. Namdeo Dhasal’s revolutionary poems inspired even unlettered Dalits to agitate and protest.

It is said that Dhasal’s first collection of poems Golpitha carved out a unique place for itself not only in Marathi literature but also in the literature of South Asia. After that, his collections of poems Murkha Mahatrane, Tujhi Iyata Kanchi, Khel and Priyadarshini also won wide appreciation. He also wrote two novels Andhle Shatak and Ambedkari Chalwal. Political letters written by him were also much talked about. The Sahitya Academy conferred a Golden Jubilee Lifetime Achievement Award on him. In 1999, the Government of India honoured him with the Padma Shri. Famous author and Nobel laureate VS Naipaul, in his book A Million Mutinies Now, has devoted an entire chapter to him.

He was broad-minded and liberal. He wrote a column for the Shiv Sena’s organ Samna for many years. When invited, he even took part in the programmes of the RSS. He was criticised for this. Speaking at an RSS programme he said, “In keeping with the principles of Baba Saheb Ambedkar, I have vowed to act as a bridge between the Dalit and the upper caste communities and for the last 40 years I have been doing this at an individual and organizational levels. I am not a member of the Sangh Parivar but if the Sangh, based on its 40-50 years’ experience, wants to do something to bring about social change, I have no problem. I do not consider the Sangh untouchable. I know that some progressives will hurl abuses at me for sharing the platform with RSS leaders. I am a principled man and an ordinary worker who believes in following the path shown by Dr Ambedkar. I lost my childhood owing to the caste system. I come from the Mahar caste of Maharashtra and am a converted Buddhist.” Whether it was right on his part to attend such programmes can be a matter of debate but the quote from his speech shows how he attended programmes of upper castes and put forth the stand of the Dalits with full conviction and confidence.

In the end, I would like to introduce you to a famous poem of his. It has been translated into Hindi by Suryanarayan Ramsubhe:

(I don’t want to create my separate island)

(You continue walking, holding the hand of the commonest of common man)

(From where I had begun my journey)

(I do not like to come back there again)

Mein langhna chahta hoon (I want to cross over)