Rajendra Yadav was a story writer, critic and editor. He was not a linguist. Despite this, in his editorials in Hans he made many a telling and insightful comment on languages. He once wrote that languages neither get distorted nor do they die. Like human society, they just grow – they get moulded in homes, in families, in markets, in fields and in factories. Women and workers change them the most. The bookish linguists are not aware of these changes. It is the insistence on purity and excellence that makes languages stagnant, suffocates them and ultimately kills them. (Hans, November 2003). 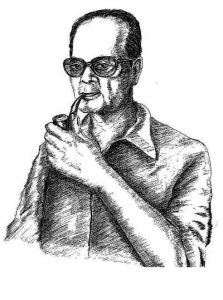 Rajendra Yadav believed that it is the women and workers who are the biggest contributors to the development of languages. Scholars may claim that they corrupt the language but that is what real development of languages is all about. According to Yadav, what the bookish linguists consider poor and incorrect language subsequently becomes pure and first-rate. It is the women who have coined many words related to marriages and marriage processions.

The high-brow scholars once described them as corrupt but now those words are a part of the standard dictionaries. These include words like ‘samdhi’, ‘sinhora’ and ‘kohbar’. The scholars insist that ‘sambandhi’ is the pure form of ‘Samdhi’ but the Hindi dictionaries have accepted the word ‘Samdhi’. What, from the grammatical point of view, are errors and mistakes in fact represent development of the language from the linguist’s point of view. Slowly but surely grammar absorbs these ‘distortions’ and ‘errors’ and pronounces them pure and standard.

Thousands of words which were crafted by farmers have been rejected for being rustic and incorrect by compilers of dictionaries but they don’t deserve this treatment.

India is a land of untouchability. And the languages have not remained free from this malaise. The purist scholars do not use the words coined by farmers and workers. They treat such words as ‘untouchable’. If these words are adopted and accepted, they would only enrich the language. In factories, workers speaking different tongues work together. This leads to an exchange of words between their languages. The grammarians may keep on arguing that factories are polluting the language but Rajendra Yadav is firm that they, in fact, contribute to its development. Commoners routinely use several words which have origins in their profession and workplaces but the Hindi scholars reject them in the name of standardisation. They believe more in the culture of the ‘yagnas’ than in the culture of labour. Even today, Hindi dictionaries are chock-a-block with words which are synonyms of the names of gods and goddesses.

Rajendra Yadav further argued that Hindi boasts several rich dialects which can further enrich it. A huge stock of words is available in the major dialects like Brij, Bhojpuri, Awadhi and Rajasthani. There was a time when Bhojpuri literature was considered part and parcel of Hindi literature: The writings of Kabir stand testimony to this fact; his poetry has a fair sprinkling of Bhojpuri words. But it is no longer so. Modern Bhojpuri writing has been thrown out the annals of Hindi literature. The same is true of the literature of other dialects like Brij, Awadhi and Rajasthani. The words of Kaurvi, the dialect which is the foundation of Hindi, do not have a place in standard Hindi vocabulary.

Rajendra Yadav also took linguistics head on. Vibhuti Narayan Rai has established that the Hindi word ‘chinal’ (broadly meaning a woman of loose character) is of Bhojpuri origin. He says that the word can be used both for men and women and is a combination of ‘chin’ and ‘nal’, thereby meaning a woman who has been cut off or has wandered away from her roots, environment, traditions and loyalty towards her husband. Rajendra Yadav countered that ‘chinal’ is not a ‘tatsam’ (Sanskrit words used as they are in Hindi like ‘agni’) but a ‘tadbhav’ (Sanskrit words which are used with modifications like ‘aag’). And only ‘tatsam’ words are amenable to ‘sandhi-vicched’ (breaking of the words into their roots as Manavadhikar=Manav + Adhikar). They have to be understood in their customary or popular meaning (Hans, September 2010). Clearly, Yadav was making a fine distinction here. In one go, he rejected the etymology of the word ‘chinal’ and slammed its ‘sandhi-vicched’. Rajendra Yadav was not an etymologist but the etymologies suggested by him are widely discussed and debated even today. He was the only person who had the courage to link words like ‘bhagwan’ (God), ‘bhagya’ (fate) and ‘bhagwa’ (saffron) with ‘bhag’ (vagina).

Commenting on the relationship between language and script, Rajendra Yadav said that a script does not make a language. He believed that Hindi can be written in Roman, Persian or any other script. For instance, the original manuscript of Malik Mohammed Jayasi’s classic Padmavat is in Persian script but it is considered a prized possession of Hindi literature. Similarly, Hindi does not have a monopoly on the Devnagari script. Various other languages including Sanskrit, Marathi, Maithili, Bhojpuri, Nepali and Punjabi are written in Devnagari. The fact is that languages have no direct connection with script. Growing languages always seek to break the shackles of script (Hans, November 2013).

Referring to the names of the people who belong to Dalit-OBC communities, Rajendra Yadav wrote that in India, productive and working classes are humiliated and tormented in many ways to ensure that they continue to be uneducated and easily fooled. Their names are meant to subject them to insult and ridicule and to give them the image of buffoons. Some are named ‘Ghurhu’ or ‘Ghasita’ while others ‘Khachedu’, ‘Buddhu’ and ‘Jangalia’ (Hans, October 2010). Needless to say, this trend is visible even now. Those at the margins of the society often have names like ‘Phenku’, ‘Ghurphenku’, ‘Bechan’, ‘Bechu’ and ‘Muani’.

How the names of particular castes have come to acquire derogatory meanings is common knowledge. The word ‘bhatiyara’ means owner of an inn. But it is used as an abusive term. Similarly, ‘chori-chamari’ has become a compound word, as if only ‘Chamars’ indulge in ‘chori’ (theft).

Two castes ‘Kuchra’ and ‘Budbak’ have been listed as OBCs in the Mandal commission report but both these words are used in a derogatory sense in Hindi. Similarly, there is a tribal community called ‘Asur’. They are mainly from Jharkhand and are iron smelters. But what Hindi dictionaries say about ‘Asur’ need not be repeated here. The names of many other tribal communities like ‘Chuhad’, ‘Chaien’ and ‘Chutia’ are loaded with derogatory meanings in Hindi. The artisans who make lac bangles are called ‘Lakhera’. But ‘lakhera’ means a lout in Bhojpuri. There are many such words denoting a caste or a community that have been given hateful or disparaging meanings by the purist scholars. That is why Rajendra Yadav said Hans had dared to question the standardisation of Hindi language, grammar and spellings by Acharya Mahavir Prasad Dwivedi through Saraswati more than a hundred years ago (Hans, August 2010). 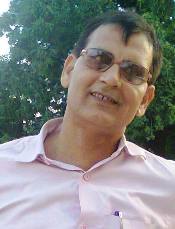