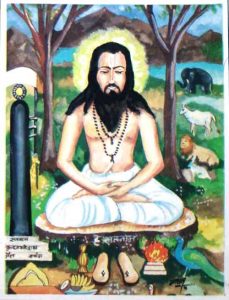 In the calendar of  FP published on page 7 in the January 2014 issue, you have referred to Parampujya Guru Ghasidasji, whom Satnamis of Chhattisgarh worship, as ‘Ghasiram’. This is wrong and has hurt the sentiments of our community. It is regrettable that outsiders write anything they wish about our gurus. Ramchandra Kshirsagar, in his book Dalit Movement in India and its Leaders: 1857-1956, says that Guru Balakdas was born in 1830 at Bhandar whereas the fact is that he was born on 8 August 1793, at Girodpuri. I sent an e-mail to the publisher of the book, requesting him to forward it to the writer but no response was forthcoming.

Similarly, Dr Sanjay Paswan, in his book Encyclopaedia of Dalits in India: Leaders, writes that Guru Agamdas was sentenced to death in a case of murder and that Babasaheb Ambedkar pleaded on his behalf in the court and saved him from the death sentence (page 142). The fact is that it was Baba Muktawandas who was sentenced to death. On 25 September 2013, I sent an e-mail pointing out the mistake but there was no response.

I hope you will give a place to this e-mail in your magazine so that the writers can get correct information about the Satnami gurus of Chhattisgarh.