Om Prakash Gahatraj is an encyclopaedia of the Ambedkarite movement in Nepal. He was associated with the veteran leader Mohan Lal Kapali: When Babasaheb Ambedkar visited Kathmandu to attend the World Buddhist Conference in 1956, it was Kapali who took him to the Dalit settlements in the city. Gahatraj has written a biography of Kapali. He has worked in different capacities with the government of Nepal on issues related to Dalits and their upliftment. He is now engaged in the Dalit movement of Nepal. Gahatraj has been the chief editor of Pratinidhi, the literary Dalit quarterly magazine published in the 1980s, and has written many articles in leading newspapers, journals, etc. He spoke to Vidya Bhushan Rawat:

You mentioned yesterday about the visit of Dr Ambedkar in 1956. It is interesting to see how the Nepali Dalit community welcomed Babasaheb on his visit. Could you tell us a little more about this visit, – the people who hosted him and the places he visited. Did he have any advice for the people?

The government of Nepal and the Buddhist community hosted Dr Ambedkar. He visited Dalit areas, especially Deopatan (around the Pashupati temple), Sahagal (Lalitpur), Dhalku-Chettrapati (Kathmandu)
and Bhaktapur. After witnessing the deplorable conditions they lived in, he advised them to engage in a large-scale struggle. 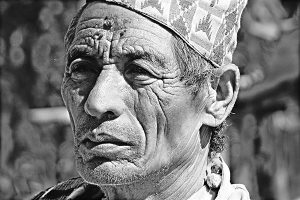 Where did he stay?

Since it was the government of Nepal and the Buddhist community who had invited Dr Ambedkar, he stayed in Sheetal Nivas, the government guest house, which has now been converted to the president’s residence.

Babasaheb redefined Buddhism in India. He felt it was the only way out for the emancipation of the untouchables. Did Buddhism play the same emancipatory role in Nepal or have they culturally remained Hindus? Is there any movement to spread this message of Babasaheb in Nepal?

As far as I know no Buddhist has campaigned in Nepal to emancipate Dalits from this caste-based discrimination. Buddhists very rarely speak up for equality in their religious speeches. We, social workers, have created movements to spread Babasaheb’s message in Nepal.

According to your book on Mohan Lal Kapali, Babasaheb also visited the Pashupatinath tem ple. Are you sure of it? Is there any photograph available? What was his reaction to this visit? Did he express his desire to visit the temple or was it the local community leaders who wanted him to go there?

The major area of Dalits is Deopatan, around the Pashupati temple. Formerly it was called Deopatan and now it is called Pashupati. Dr Ambedkar visited that area to see the condition of Dalits, not to worship at the Pasupati temple. On the way, he saw the Pashupati temple, that it was in the locality of the Dalits, but he did not worship. Even today there are thousands of Dalits living there. Neither the Dalit leaders wanted him to go there nor was this his desire; it just happened to be on the way to the Dalit settlement.

Babasaheb must have been deeply disturbed on seeing the condition of the Dalits in Nepal. What was his reaction? Dr. Ambedkar was angered by the attitude of the Nepal government towards the Dalits.In Delhi, on his return, he said he felt betrayed by the leaders of Nepal. After returning from the visit to the settlements,
the leader of the team of Dalit leaders, Saharsanath Kapali, the eldest brother of Mohan Lal Kapali, organised a tea reception in honour of Babasaheb at Sheetal Nivas. At the reception, Babasaheb called on the Dalits of Nepal to launch a struggle for their rights.

What has been the role of Nepal’s civil society in trying to eliminate discrimination against Dalits? Is there solidarity among various movements in Nepal for the cause of Dalit rights?

What is the status of Dalits in Nepal? Is there affirmative action (reservations) for the Dalits by the government?

There is no Dalit is in the council of ministers even today when the Dalit population according to government statistics is more than 13.2 per cent. There is only one chief district officer out of the 75. Out of 601 Constituent Assembly members, only 41 are members from the Dalit community. There is less than one percent Dalit recruitment in the civil service. There is very little affirmative action in the law and this again is poorly implemented because all the top leaders of major political parties are Brahmins. They do not like to lose the opportunities that their families enjoy today.

Nepal has outlawed untouchability but discrimination against Dalits and the practice of untouchability are prevalent. How does the government handle them? What is the role of the National Human Rights Commission and the National Dalit Commission in all this? Do they have power to summon and dismiss the officials who are found violating the law of the land?

The NHRC can only recommend the government to implement the laws. The National Dalit Commission is not a constitutional body, so it has no power. It can only request the agency concerned to provide justice. But the stakeholders so far have been turning a deaf ear. The government has assigned Dalits themselves, through the National Dalit Commission and Dalit Development Committee, to deal with this problem. Non-Dalits are not interested in this job.

How strong is the role of the leftist organisations or parties in strengthening the Dalit movement in Nepal? How do Ambedkarite organizations, if there are any, see them? What do you think has been the role of the Maoists in fighting for the rights of the Dalits in your country?

All of them are using Dalits for their own ends, and they throw the issue of Dalits into the garbage bin after use. This is the reality. Most of the leaders of the leftist parties are also Brahmins, so it is easy to understand why this is so.

Are political parties ready to give fair representation to Dalits in their structure or do they still want to continue with their patronizing attitude?

They give very little representation to Dalits and none at the decision-making level. They just want to show the donors that they are inclusive.

How do you then eliminate caste discrimination and untouchability?

The only way to eliminate caste-based discrimination and untouchability is to follow Dr Ambedkar’s philosophy: “Educate, Agitate, Organize”. 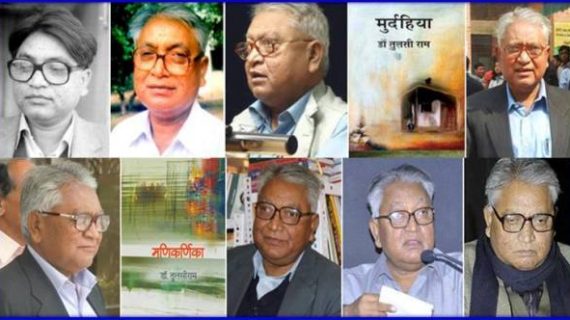 A repository of three intellectual traditions

The sudden demise of popular Dalit writer Professor Tulsi Ram is a great loss, not only for Hindi and Dalit literature but also for our times and our society. Many of his books, including the two volumes of his autobiography, Murdhiya and Manikarnika, were well received 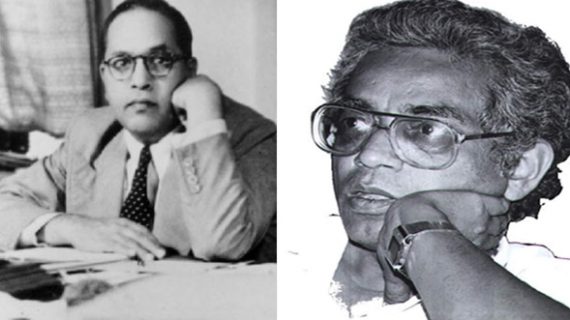